Though a great many of the younger guard of the power metal revolution of the millennial transition saw their careers cut short by a culling via an ascendant AOR-driven alternative in the mid to late-2000s, Majesty has mirrored the likes of Paragon and Primal Fear in their German sense of tenacity and largely kept to their original ways despite shifting trends. In contrast to most of their fellow late 90s to early 2000s alumni, they established their own niche by taking a more traditional, USPM meets old school heavy metal mode of aggression and simplicity that tends a bit closer to the sound established by Manowar in the late-80s than similarly geared fellow travelers such as Hammerfall and Wizard, bordering on tribute band territory at times. In essence, experiencing a Majesty record could be likened to hearing a younger Manowar than the one that spends most of its time touring and rerecording classic albums, and one that isn’t wholly averse to some of the developments the style has seen since 1988.

To the newcomer with only a casual awareness of where this outfit stands relative to the highly diverse array of power metal variants floating around out there, Majesty’s ninth studio LP Legends (tenth if you count their one album stint under Metalforce, which was the exact same thing under a different name) is an album that embraces a degree of virtuosity while still keeping things pretty straightforward. The focal point is vocalist/keyboardist Tarek Maghary, who’s vintage yet more restrained rendition of Eric Adams and choral hooks drive most of the album, while the wild yet obligatory guitar solo displays of Emanuel Knorr come up a mildly distant second by channeling the chaotic style that David Shankle brought to The Triumph Of Steel and injecting a dose of Ross The Boss brand control into the equation at a few points. Barring a few odds and ends in the keyboard department, the bulk of what makes up this album is fairly conventional, relying heavily on catchy grooves and fairly humble displays in the riff department and rhythm section respectively.

Then again, anyone who has traveled the distance with this outfit since the Keep It True days will note that there have been a few stylistic updates to accompany the sizable number of lineup shifts over the years that has rendered Maghary the lone founding member. The general production and sound quality of this album has taken a few cues from the more melodic end of the European power metal spectrum, injecting some Stratovarius and Sabaton ingredients into the mixture to give things a slightly more cinematic character. There is naturally a fair amount of precedence set for this approach to rugged USPM with a slight Euro twist when considering Manowar’s 2000s offerings, which were both impacted to some degree by the symphonic splendor of the burgeoning Italian power metal scene (particularly 2007’s Gods Of War). Then again, the ultra-melodic and keyboard laced shimmer of quick-paced hook fodder like “Burn The Bridges” and “Mavericks Supreme” could almost pass for something off a recent Beast In Black or Bloodbound offering. 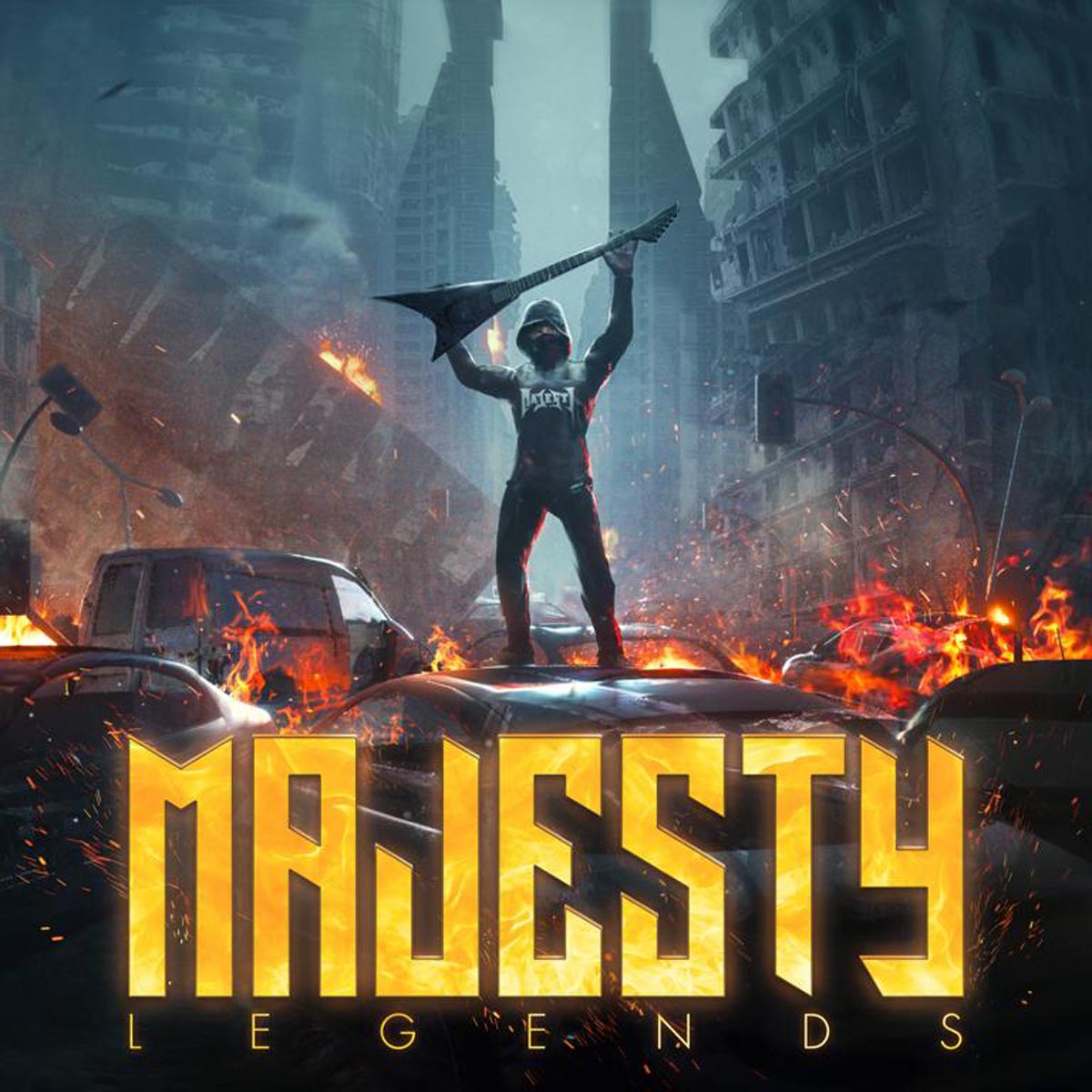 There is positively no hint of apology or nuance in where this band’s musical priorities lay, nor any desire to go easy on the campiness when considering the 80s B-cinema inspired narrations that kick off this album on “The Will To Believe” and recur through various points on the album in a semi-conceptual fashion. The speed-infused fanfare of “Rizing Home”, “Church Of Glory” and “Last Brigade” is possessed of that punchy goodness that typically adorns Manowar speeders such as “Wheels Of Fire” and “Black Wind, Fire And Steel”, yet with a slight dose of Helloween-informed smoothness that is a tad bit more in line with current power metal trends. Likewise, the slower paced stomp of “We Are Legends”, “Blood Of Titans” and “Stand As One” has that raunchy, distorted bass and low-end guitar crunch that is in line with slower Manowar fair, but with a bit more of a keyboard happy character. Truth be told, barring the overt 80s throwback anthem “Wasteland Outlaw”, everything on here is made to order for fans of true metal who particularly fell in love with their 2000s material.

As an entire package, this is an album that gets the job done largely by sticking to shorter to moderate length anthems and consequently takes few risks. Barring the sappy power ballad with a heavy pop-influence and some cringey lyrical content “Words Of Silence”, there aren’t any outright duds to speak of, yet there isn’t anything on here that would seek to rival the epic grandeur of long-winded compositions such as “Defender” or “Blood Of The Kings”, to speak nothing for the ground breaking adventurism of “Achilles: Agony And Ecstasy In Eight Parts”. Basically take the non-instrumental offerings from Louder Than Hell and translate them into a slightly more Euro-centric package and the basic picture of 2019’s Legends will rear its head. Not quite the best work that Majesty has ever put forth, but definitely a fun album that will play well to those already familiar with the band and offering a healthy degree of appeal to the broader power metal world

“Kill Or Get Killed” Track-listing:

In a world where heroism is becoming increasingly associated with symphonic bluster or a throwback to the bygone days of woodland minstrels plus electric guitars, this German stalwart presents a ballsy, back to basics approach to solid results