From the rafters of Dracula’s castle descends “For The Dead Travel Fast,” the latest installment in the growing discography of doom rock band Kadavar, a Berlin-based trio set on bringing the gothic to life by way of the 70s. Having shared the stage with icons such as Ozzy Osbourne and the Scorpions, Kadavar embodies the vintage sounds of their predecessors while calling on imagery derived from the dark and occult.

In a gimmick not unlike that of popular rock band Ghost, “For The Dead Travel Fast” is brimming with references to the darkness of the night, yet entices listeners with vibrant riffs interspersing passages of slow-plodding doom. There is no doubt that it is on doom that Kadavar has built their distinct style; the deep, rhythmic guitars form a reliable heartbeat with resonating drums delivered by the unwavering Christoph ‘Tiger’ Bartelt. The repetition of their core sound occupies significant time on each track of the album, breaking free from this formula only in short, varied bursts of energetic guitar.

The track that most earns them their “vintage” label is the electrifying “Evil Forces.” Tearing away from the more sullen pace of earlier songs, this third track bursts forth with an upbeat hook before falling into the ghoulish vocals of front-man Christoph ‘Lupus’ Lindemann. The sharp contrast between the doom-driven vocal approach and rock-inspired instrumental style makes “Evil Forces” a diverse listening experience. Closing out the track is a guitar solo that is delivered with such skill and gusto that it becomes one of the brightest highlights of the entire album. The pure speed, accompanied by a near flawless mimicry of the original masters of rock, gives this track irresistible flair that dramatically increases replay value. 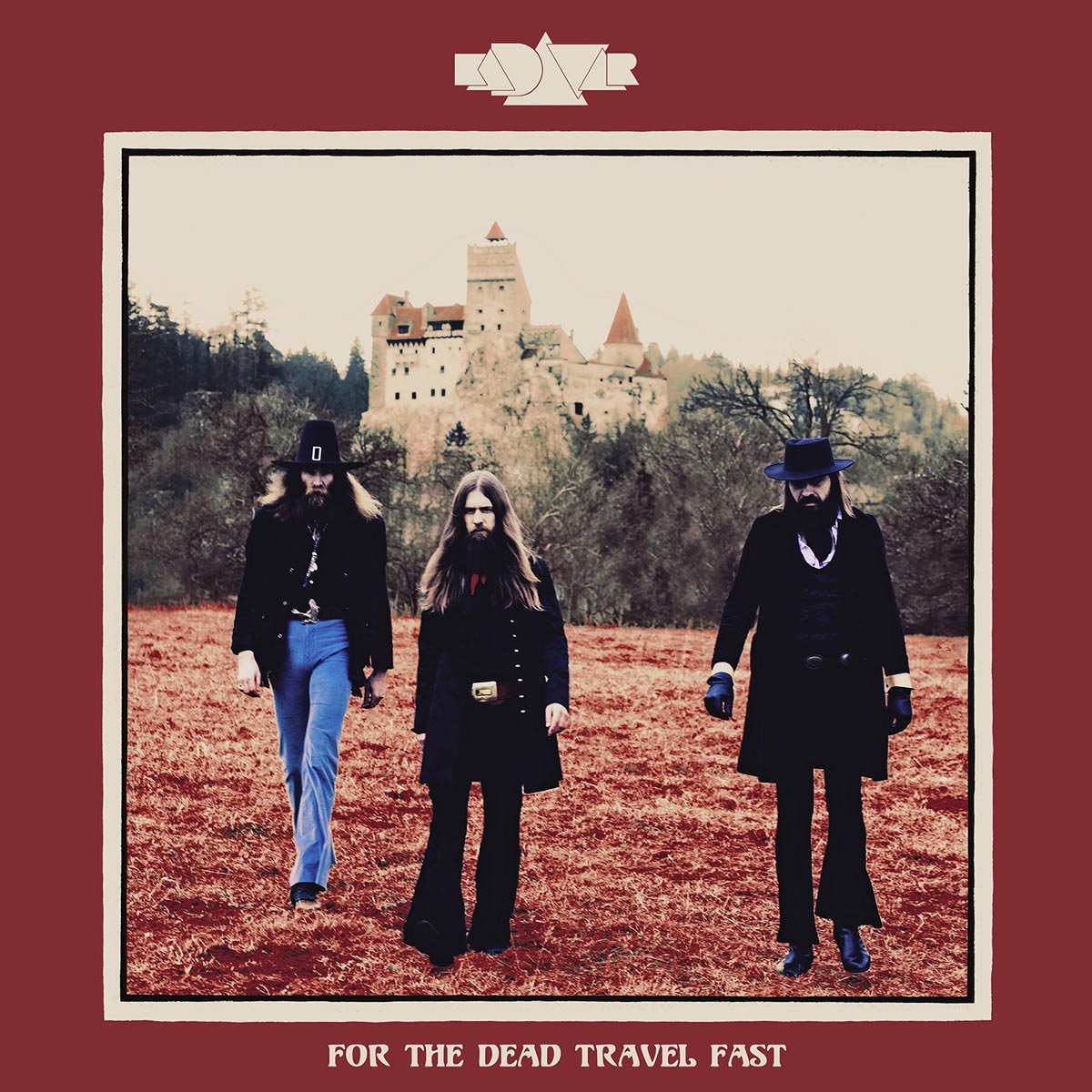 Also deviating from the constraints of pure doom is the gothic, yet jovial track “Dancing With the Dead.” True to its name, with a steady beat that wouldn’t be out of place playing at a Halloween party, “Dancing With the Dead” dares listeners to move their body to the groove. It is here that Lupus’ voice echoes across instrumentals that would not be out of place in a pop-rock radio single, with the same appeal that Ghost has used to build a repertoire of easily digestible hits.

No matter the vibrancy and old-school foundations on these two standout tracks, there’s no question that “For The Dead Travel Fast” is not an album for the faint of heart. “Saturnales” echoes slow and deliberately, each muted chord drenched in the melancholic intonations of mysterious poetry. Passages of thick, muddied guitars dominate tracks such as “Poison,” an unforgettable reminder that Kadavar draws their inspiration from sources such as German gothic poet Gottfried August Bürger.

A comprehensive and diverse album, “For The Dead Travel Fast” delivers a taste of the darkness by electrifying it with a sound tried-and-true throughout rock’s history. Perhaps where this album is most lacking is in its failure to mesh doom and rock seamlessly with one another. Solos such as the vibrant star on “Evil Forces” show not just visionary songwriting, but exquisite musicianship that is not constrained by a single genre. Listeners find themselves torn between the slow haunts of doom or the hair-raising howls of pure rock, rather than enjoying them in tandem. By relying on a pleasant vocal-heavy mix and reliable percussive backing, production attempts to bridge the gap between the two sounds, but falls short of making them blend.

Solos inspired by classic and psychedelic rock carry the radio-ready style without abandoning the solemn murkiness of doom that serves as the album’s foundation. Drawing from the worlds of both doom and rock, Kadavar bring gothic haunts to the masses with an approach that is both drenched in forces of darkness and illuminated by rock’s vibrant history