At this point in metal history, the quest for originality is usually a quest for a niche, though in the peculiar case of folk metal’s rather interesting 30 year run, this would amount to finding a niche within a niche comparable to the Inception-based concept of a dream within a dream. Mercifully, the musical plotline that tends to come about from this quirky sub-genre is a bit less convoluted than the screenplays of Christopher Nolan circa 2010, though some of the more progressive leaning adherents like Tyr have occasionally flirted with comparable territory. In the case of the relatively young Baltimore outfit Isenmor and their debut LP “Shieldbrother,” this quest for a distinctive trait to set them apart from the pack has largely terminated on a rather curious choice in instrumentation, namely featuring two violinists who basically function as equivalents to what would normally be dueling lead guitars in just about any other part of the metal spectrum.

This rather interesting arrangement would seem to suggest a novelty form of folksy shenanigans at the pub along the lines of Korpiklaani or Finntroll, but riding along with the extensive episodes of bow-string noodling is a fairly conventional heroic romp that runs along similar lines to a number of recent Italian outfits such as Diabula Rasa and the progressive-tinged Artaius. It is further combined with a heavier dosage of Viking and melodic death metal elements to make for a listen that is reasonably aggressive, complete with frequent blasting and swift-thrashing moments in the rhythm section and a reasonably active riff assault from two competent guitarists. The vocal work tends to vacillate between a gang-choir of smooth, clean sung melodic segments that play counterpoint with the incessant violin displays, while the harsher segments conform quite closely to the mid-ranged, breathy shrieking style common in Finnish melodeath going back to the early 2000s.

While the overall feel of this album lends heavily to the epic character of prime movers in the style like Ensiferum and Elvenking, this album takes more of a straight up aggressive approach. The keyboard work of Jon Lyon is largely understated, functioning as a distant backdrop for what is largely a heavier, largely guitar-driven presentation. It might seem a bit counterintuitive give the heavy prominence of the violin work, but 6-string strikers Tim Regan and Peter Lesko put forth an impressive battery to complement the dense character of the drum and bass work, resulting in something that is colossal enough to claim its influences from the Viking era of Bathory, despite being of a mostly swifter, thrashing melodeath demeanor. Consequently, generally longer offerings such as “Battle Scarred” and the title song are both elaborate, but also fairly brutal by folk standards, both beginning on blazing blast beat segments and otherwise leaning fairly heavy on the machine gun double bass work. Honestly, if it weren’t for the constant virtuoso violin work painting over this, it would rival Amon Amarth’s early offerings at times. 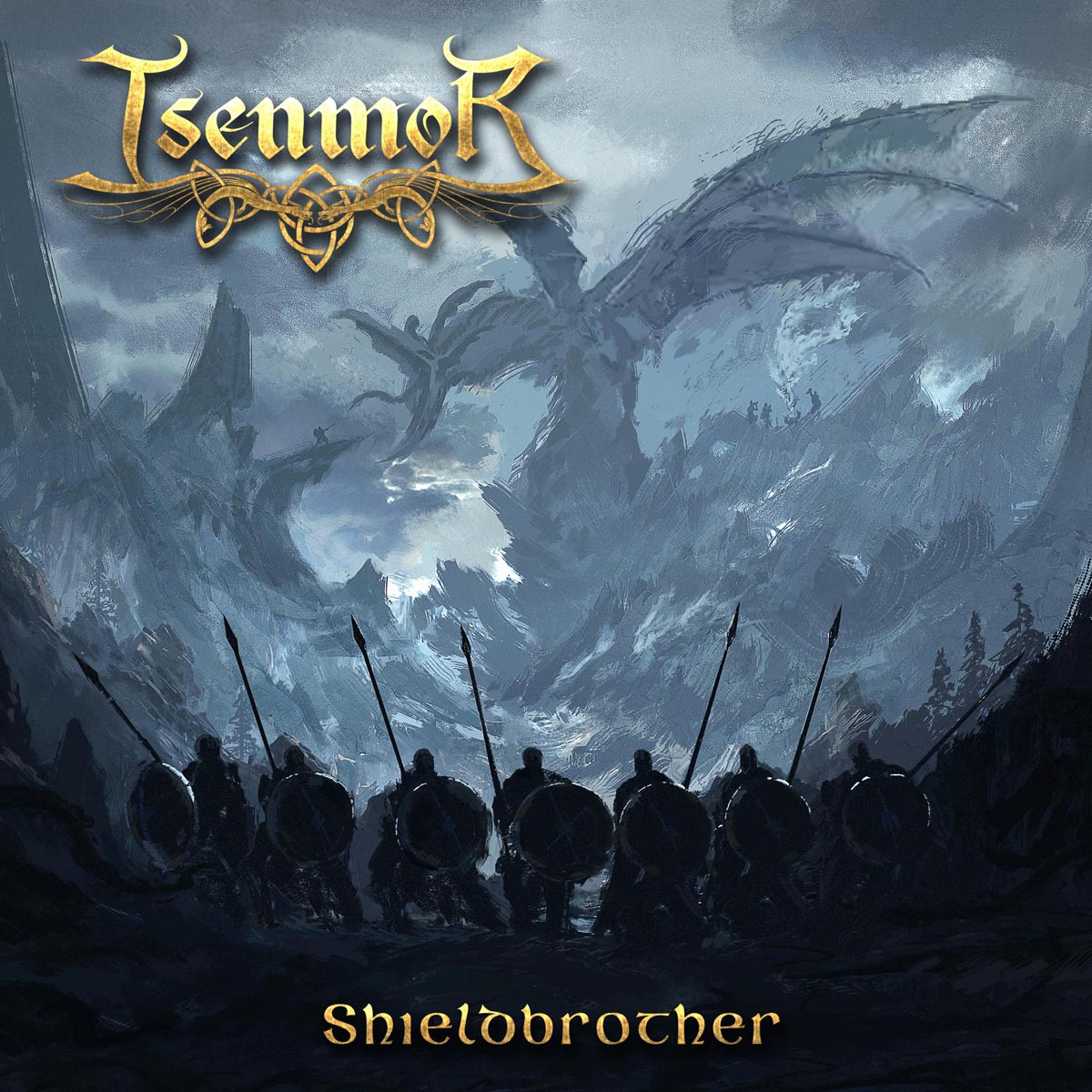 Perhaps the only aspect of this album that rivals the curiousness of the arrangement itself is its pacing. The opening aforementioned songs tend to be of a drawn out character that lines up with a Tyr influence, but much of the middle is comprised of shorter offerings more indicative of a mainline folk approach. The shorter and mellower stride of the almost ballad-like “Mount Badon” is a fair bit reminiscent of Ensiferum’s “Tale Of Revenge”, while the mid-paced crusher “Wanderlust” draws greater focus upon the smoother gang-choir sound and has more of a woodland or pastoral character, not to mention affording Lesko one of his few prominent guitar solo segments. Even the quicker material in the midst of this album like the power thrashing romp “Furor Teutonicus” and the brief quasi-polka drinking song fanfares “Drink To Glory” and “Kings Of The Cold Mountains” have a lighter character. Nevertheless, a third of this album maintains a solid, heavy-ended Viking metal sound, namely because a third of this album’s duration is contained in the massive, 17 minute closing number “Sigurd’s Song”, which is among the more elaborate and well-constructed epics to come out of the style of late.

Though Isenmor enters the scene about as green as could be and hail from a locale more readily associated with doom and sludge metal, they make an impressive showing here and have a lot of future potential. The violin-steeped niche that they’ve adopted may prove an acquired taste for even those who are fully immersed in the folk metal craze, as it dispenses with the support role the instrumental tends to enjoy with the likes of Elvenking and basically presents something analogous to what The Charlie Daniels Band might have been had they dabbled in Celtic-influenced melodies and discovered melodic death metal about 2 decades before it came into existence, but the album doesn’t really lose any of its metallic luster in spite of this. It’s impressive enough to rival some of the work that Ensiferum and Equilibrium have put forth in the recent past, but it could stand to give the lead guitar a tad more time in the sun and also have a more expansive role for the keyboards. Some prefer The Seven Samurai, others go for The Magnificent Seven, but the Seven Vikings of “Shieldbrother” ought not to be passed up.

The search for a new niche bears some interesting fruit along the Mid-Atlantic, as an ensemble cast of Baltimore-based newcomers unleash an impressive series of folksy Viking exploits with two dueling violinists at the helm.