Inglorious continues with their impressive productive streak by releasing “We Will Ride” on February 12th, the fourth studio album in their discography after forming back in 2016. In just a few years the British hard rock band has earned praise and recognition from living legends and fans worldwide, placing them as one of the most relevant young bands who, with their music, show that rock is still alive and that it enjoys excellent health.

On their way to the hard rock top, Inglorious has faced adversity. It even threatened their continuity, derived from the departure of three of its members, but it is possible to come back with a brighter glow from the darkest moments. “We Will Ride” presents a rejuvenated Inglorious with a new line-up, ready to ride further than every before. They do it commanded by the prodigious voice of Nathan James, as well as killer riffs, prominent musicianship, and high concentrations of energetic hard rock.

No better song could have been chosen to start than “She Won’t Let You Go”. If “We Will Ride” is a statement that Inglorious is back and more glorious than ever, the opening track indeed is a convincing and powerful argument to prove such point. Newcomer Danny Dela Cruz reveals himself to the world with a massive riff that opens the sonic journey the listener is about to experience. Soon the rest of the instruments join, allowing the band to deploy their melodic yet ferocious hard rock, reaching its highest point at the thrilling chorus with Nathan James’ tremendous voice singing about a red-haired lady.

It’s clear that the band’s sound has taken a qualitative leap in clarity by hearing the first track. Working for the first time with a producer certainly paid off. Among other things, the sound just got more pristine, clear, and fresh. It allows the listener to appreciate the sonic nuances fully, especially James’ impressive vocal range.

Such range is remarkably varied in “Messiah”, which sees James switching between a low and a middle approach, proving how well his vocal prowess can unfold regardless of the approach. The rhythm section achieves an exciting groove, enriched with the colorful bass lines traced by new member Vinnie Colla.

The guitar work accomplished by Dela Cruz and Dan Stevens throughout the whole album is outstanding. “We Will Ride” is their first album together, so it is surprising how well their chemistry unfolds. Their chops are showcased continuously, whether through stirring riffs or riveting solos, and these new guitarists enhance the new face of Inglorious with their dazzling musicianship. A clear example of their rapport comes in the form of “Medusa”, which starts with a riff that reminds of southern rock but then changes to a pure hard rock riff to accompany another inspired solo by Dela Cruz. 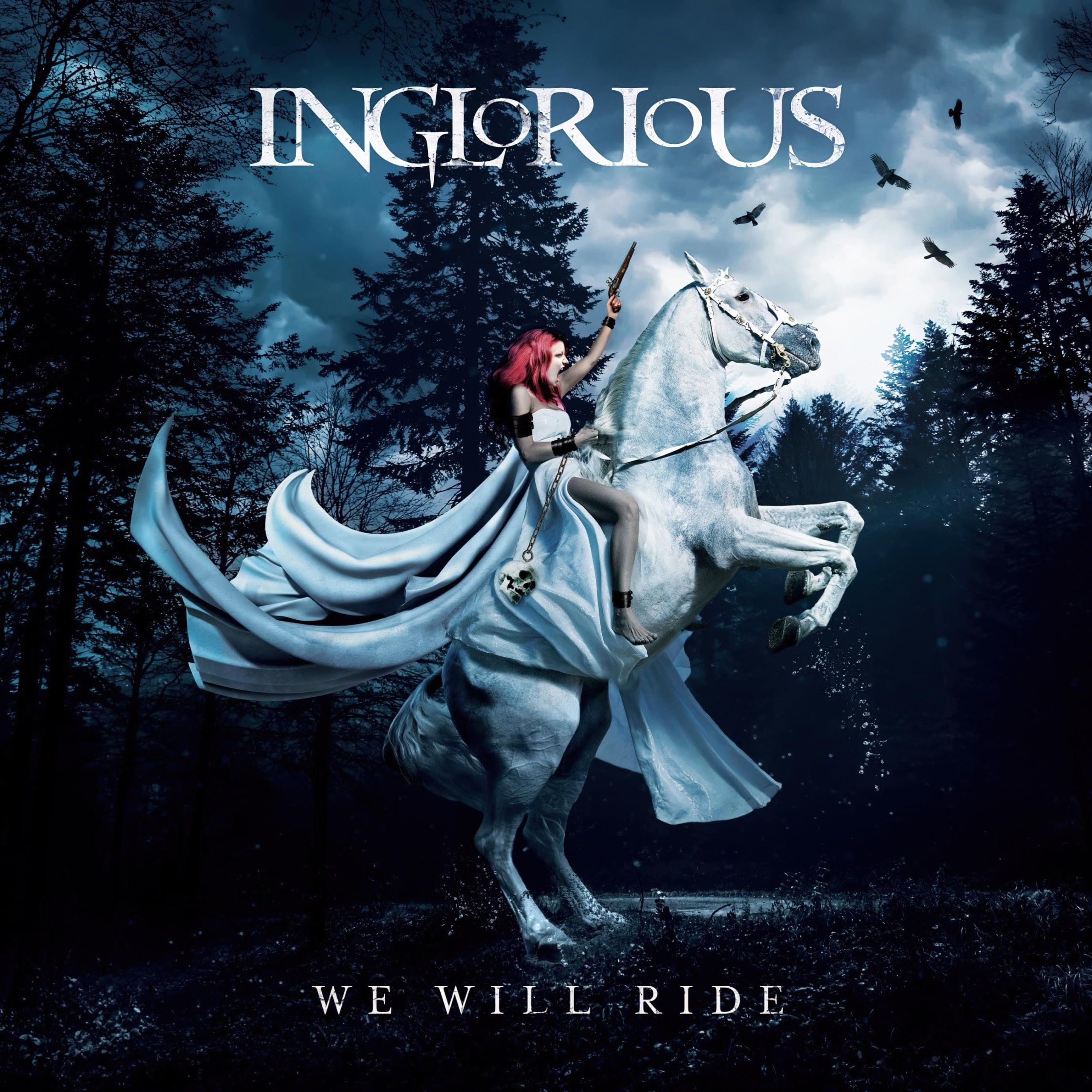 “We Will Ride” Album Artwork

By having a vocalist with Nathan’s impressive vocal abilities, it could be the case that the music revolved especially around the singer’s voice. Lucky for us, that is not the case. Inglorious works as a union where each component, original or new, is part of a whole, and their insight is equally valuable. For instance, “He Will Provide” presents an astounding song that encompasses some of the album’s best musical passages. With its gloomy atmosphere highlighted by James’ somber vocal display, as well as fierce riffs and daring drum beats in charge of Phil Beaver, the tone is set for a haunting track that sees the band rocking in an epic way.

Despite delivering high doses of adrenaline through hard rock tunes, things take a personal and reflective turn with songs as “Eye Of The Storm” and “My Mysery”. Such heartfelt tracks portray James’ struggles with some recent events that shook his stability. The first one focuses on the dark feelings that besieged him, derived from the band’s departure by three former members, while the latter centers on how isolation caused by the current pandemic impacted him. It is easy to relate to such topics, allowing the listener to soak up and empathize with the feelings transmitted through those tunes. With them, “We Will Ride” gains depth and relevance, achieving a wonderful mix of raw power and genuine emotion.

After hearing “We Will Ride”, no wonder why many people consider Inglorious as a leading band within the revival rock movement. Just wait to hear the new album; their status will rise several ranks. But beyond being the new Deep Purple or the new Led Zeppelin, Inglorious has its own DNA, its own sound, and the ambition to forge its path. Nathan James has left behind many things, including more profitable gigs, but the road to success is full of sacrifices; and as an artist, one should stay true to themselves.

James and Beaver have shown great determination and ambition to make things happen. Add to the mix the energy, youth, and desire from the new members, especially the electric vibe that future guitar hero Dela Cruz gives off, there will be no one capable of stopping Inglorious riding to the hard rock Olympus.

“We Will Ride” track-listing:

Sooner than expected, a rejuvenated Inglorious is back with a magnificent album full of vibrant riffs, thunderous grooves, electrifying choruses, and mesmerizing solos that converge wonderfully with Nathan James’ portentous vocals. The new lineup presents its cards, and the result is an exceptional display of skill, high energy, and remarkable musicianship, which allows Inglorious to create its own identity and path, one that can only lead to the very top of the hard rock world.