An interesting blend is revealed.

The prevailing attitude since melodic death metal first hit the mainstream in the late 90s thanks to the seminal offerings of the Gothenburg trio, more specifically In Flames’ “Jesters Race”, Dark Tranquillity’s “The Gallery” and At The Gates’ “Slaughter Of The Soul”, there has been a strong sentiment among old school death metal stalwarts that the sub-style in question is not really part of their scene. This mindset has naturally not been helped by the more keyboard-happy, power metal-infused variation that rose to prominence soon after thanks to the exploits of the Finnish and Skyfire, but even when accounting for the massive degree of popularity that dogged the lighter side of the melodeath equation throughout the early post-millennial period, there were a few noteworthy exceptions continuing to buck this trend. Alongside early entries into the scene such as The Crown and Dimension Zero that were keeping a more death thrashing element alive in the Swedish scene, these bands incorporated the new melodic form while refusing to abandon the older and more aggressive aesthetic.

Though this is the context that Danish melodic death metal trustees Illdisposed would find themselves, their history goes back a bit further, to the very roots of death metal’s original upsurge in Northern Europe. Originally following a musical path more in line with early Entombed and Gorefest, they found themselves the odd ones out due to their nation’s less prominent death metal scene when compared to Sweden and Germany, despite making a respectable splash in the early to mid 1990s and even appearing in the “Headbang I Hovedlandet” documentary alongside fellow Danes Nidhug and Infernal Torment. Following a period of flirtation with the popular death ‘n’ roll style in the later 90s, they would eventually find their footing through a synthesis of said groove-based style with their old school sound and a newly discovered affinity for more melodic fair, culminating in a rise to greater prominence in the mid-2000s and a brief two album run with Roadrunner Records.

While the soon to be concluded decade of the present has seen them largely sticking to what they know and having a slightly less visible presence via Massacre Records, they’ve kept their end up quite effectively and have delivered another slab of hard-hitting melodeath in “Reveal Your Soul For The Dead”. It’s a bulkier, more aggressive strain of melodic fury that some have come to refer to as brutal melodic death metal, largely due to a meaty, bottom-heavy production sound that’s akin to Entombed on steroids, bordering on Incantation territory. The vocal work of Bo Summer further exacerbates this tendency, opting for a deep bark in line with Chris Barnes and Frank Mullen rather than the stereotypical raspy shout of the Gothenburg sound. Nevertheless, when stripping out the veneer of brutality, the game of notes lying at the foundation of this band’s sound is quite tuneful and catchy, sounding like a highly distorted reflection of “Slaughter Of The Soul” with a slowed down demeanor that comes off as a slightly more animated answer to “Wolverine Blues”. 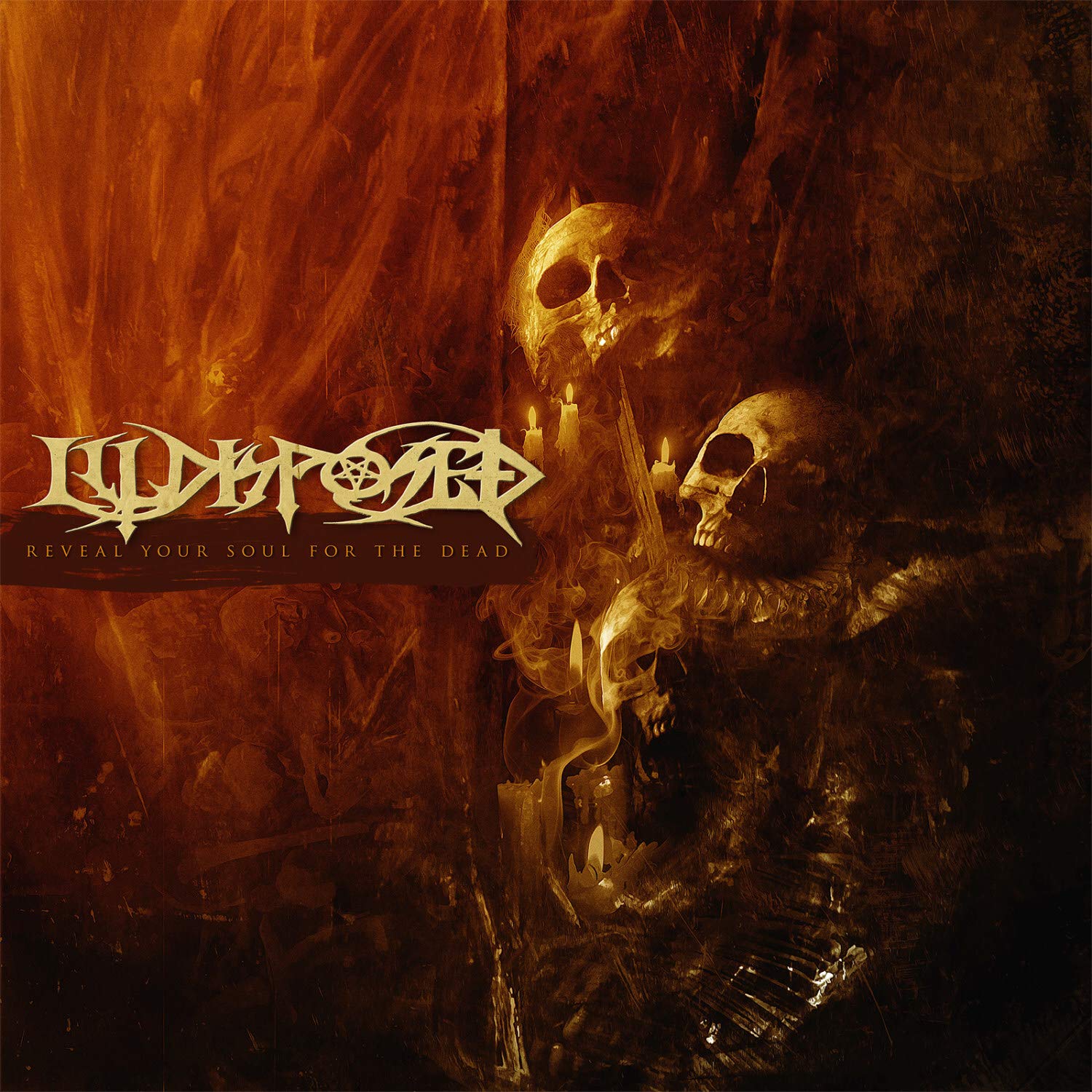 “Reveal Your Soul For The Dead” Album Artwork

Despite the heavily exaggerated sense of aggression inherent to this album’s sound, it is structured in line with a typical melodic death manner, consisting of compact and infectious anthems that never break the 5 minute mark. In fact, this album’s greatest flaw is that it is meticulously tailored for radio all but to a fault, exchanging the somewhat asymmetry that occasionally came along with the Gothenburg sound of the 90s for something even more predictable. All the same, thrash-happy bruisers like “With Hate” and “What Will I Become?” hit with equal intensity to an average Cannibal Corpse song, and even the slower and slightly tamer anthems like “We Are One” and “All Is Sworn” spare no expense in the skull-crushing department. Curiously enough, in true melodeath fashion, the zenith point of this album is right at the beginning in the 2 track title song “Reveal Your Soul…” and “…For The Dead”, which constitute a single anthem of memorable hooks and punishingly heavy grooves that are heavily reminiscent of something The Crown might have put forth during their early years.

While this album, like just about everything that Illdisposed has put out since their 2004 breakout offering “1-800 Vindication”, is an easy collection of songs to digest, it’s a bit difficult to fully nail down the degree of crossover appeal it will have given its highly formulaic character. It definitely fits in nicely with the recent output of Six Feet Under and Entombed A.D., despite being in a fairly different style from a tonal perspective, but a healthy contingent of mainline melodic death fans may find this a tad to brutal to fit in with their copies of “Whoracle” and “Follow The Reaper”, while old school fans might find it a bit too controlled for their usual diet of Deicide and Morbid Angel. That said, it is solid for what it sets out to be, and will probably do well within most quarters who like their death metal on the violent side and ones who prefer heaviness over frenetic technical wizardry. Think of it as a usual vision of an invading zombie horde, only the ranks of ghoulish soldiers are carrying a tune with their grunts and groans while marching toward their kill.

“Reveal Your Soul For The Dead” Track-listing:

One of melodic death metal’s odd bands out continues down the road of their unique niche of old school brutality mixed with modern melodic groove, lending credence to the notion that melodeath is death metal all the same while scoring some catchy anthems in the process