The fine art of death metal has come a long way since its early days as a more vile offshoot of the 80s thrash metal scene, arguably to the point that the modern adherents bear no discernible resemblance to their 80s forbearers. Nevertheless, most of what has come about in the past couple decades carrying the gory banner, regardless of its respective stylistic niche, owes some degree of allegiance to the strides that the American scene made in the early 1990s. In the peculiar case of the brutal variant, be it of the technical or more groovy slamming variant, all roads seem to trace back to the seminal works of Suffocation, Immolation and a number of other prominent figures in the New York death metal scene, even if the band hails as far from the Big Apple as the Italian peninsula. Indeed, among the younger adherents of the technically minded adherents of extreme brutality, Hideous Divinity has been at the forefront of pushing the envelope during the current and soon to be concluded decade, and if their newest offering is any indication, they’re just getting warmed up.

For anyone who has been keeping an eye on the internet for news in extreme metal circles, it was difficult to avoid stumbling upon the subtle yet extremely disturbing imagery presented on the promotional video for “The Embalmer”, the first single off of 2019’s contender for the throne of unfettered aggression and fourth Hideous Divinity studio album “Simulacrum”. Though not featuring any outright visuals of gore and largely sticking to a relatively modest presentation, the band managed to present arguably one of the most troubling visuals of how the remains of the dead can be treated in the hands of their last worldly caretaker. Along for the ride was a blasting anthem of explosive rage with a highly occupied set of virtuoso instrumentalists painting the sound waves red with elaborate riffs at break-neck speed and a guttural vocal presentation formidable enough to put the likes of Frank Mullen on notice. Yet there is a cinematic quality to this song that connects nicely with their film-oriented lyrics, one that proves to be the tip of a massive, corpse-covered iceberg.

Breaking down the aesthetic character of this album would largely be an exercise in stripping away certain peripheral elements that have come to define many of this band’s contemporaries and influences. On the one hand, they could best be described as a somewhat more Hollywood-bent response to the orthodox brutality and technical showmanship of Suffocation in a modernized package. Then again, a closer picture to what that means would be picturing something that is musically close to Fleshgod Apocalypse minus the orchestral pomp and operatic elements, Nile minus the overt Middle Eastern/North African musical additives, or Decrepit Birth minus the quirky progressive elements. In spite of its more stripped down demeanor relative to these bands, this is an extremely colossal album in terms of production, rivaling the size and depth of them all even without the extras thrown on top. It’s good old fashioned guitar, bass and drum driven mayhem that has been exaggerated to the point of sounding like more than it is, with vocalist Enrico Di Lorenzo providing an equally massive roar to round out the equation. 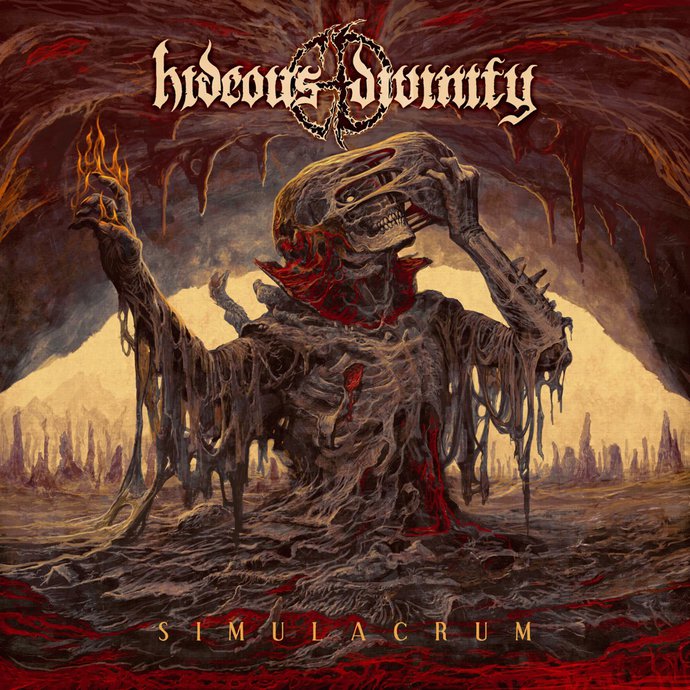 Perhaps even more impressive than the sound this band sports is the relentless way that each song maintains the rage factor, like a wolf that continually howls from the highest mountain peak. Some songs naturally bring a few unique elements to the table, such as the deeper and heavier barrage of “The Deaden Room”, which features some fancy bass work and also sees the vocals mix in some overt low-end gurgle nods to Chris Barnes alongside the more mid-ranged barks that follow the Frank Mullen example. Likewise, the longer length crusher “Anamorphia Atto III” mixes in some well placed slower moments that almost channel that Egyptian flavor that Nile often touts, but without the orchestrations and vernacular instruments. Other raging anthems like “Actaeon” and “Seed Of Future Horror” lean ever so slightly into a blackened aesthetic with a more nuanced set of guitar riffing that occasionally sounds inspired by Emperor. Even when venturing into covering material outside of their genre by bands like Mayhem and Machine Head, the bonus material on here is perfectly conformed to this band’s stylistic niche, as if they were original material.

It would be a difficult task to pick the better album between this album versus the equally apt and brutal offerings that have been unleashed by Nile and Fleshgod Apocalypse this year, but any self-respecting fan of technical brutality that follows the latter two bands will definitely want to have this album on their short-list of things to check out. What it may lack in peripheral gimmickry and studio tricks, it more than makes up for in the songwriting and skill department. Special mention should likewise be afforded to this band’s ability to adopt the blackened aesthetic of Mayhem’s classic early 90s anthem “Cursed In Eternity” and merge it with their more percussive brutal style, and Di Lorenzo breaks his all guttural character a few times to produce a few clean notes in a manner highly reminiscent of Attila’s original 1994 performance of the song. It wouldn’t be much of a stretch for an old school black metal trustee to appreciate the rest of this album, but regardless of what end of the extreme metal spectrum one may fall, Hideous Divinity manages a sort of crossover appeal here, all the while staying primarily locked within a largely conventional brutal death metal formula, with the result being a clear winner for those who like their metal aggressive, bloody, and pulling zero punches.

Taking the concept of technical prowess and unfettered brutality to their logical conclusion, one of Italy’s more barbaric death metal proponents channels their love of cinema towards a more surreal brand of auditory violence