In giving their take on songs from artists across numerous subgenres of metal, St. Louis-based doom/sludge metal act Fister has the chance to show listeners what they’re really made of. A play on Slayer’s “Decade of Aggression,” the band celebrates their tenth anniversary with a cover compilation album titled “Decade of Depression,” drenching songs that metalheads know and love in a poisonous pit of their own crafting.

The multi-talented three-piece act walks boldly into the territories of well-respected bands including Darkthrone, Slayer, and even Metallica. For a band to celebrate their own sound by taking material from bands that have commanded attention for decades screams of self-confidence before the music even begins. It seems as though Fister is more than willing to test their boundaries, by first draping Darkthrone’s iconic black metal in the distorted influences of sludge, just to pivot and slow Slayer’s thrashy “Mandatory Suicide” by nearly doubling its play time.

Doom falls like a shroud even across well-established and doom-influenced Danzig’s “How the Gods Kill,” which Fister prolonged by an additional three minutes of distorted guitars and slow-marching darkness. Eva Rose from the band Chrch handles the main mic duties and is able to showcase her true versatility and talents. Remaining the most true of all tracks to the original artist’s style, the vocal delivery in “How the Gods Kill” shows both precision and patience with their selectivity in pacing. Opening with the gentle, melodic crooning of Marcus Newstead against a nearly stagnant guitar, the contrast from the album’s earlier onslaught isn’t just refreshing, but an irresistible hook. Staying true to the clean vocals and impeccable production flexes the band’s creative muscles in a near one-eighty from the harsh growls and screams that dominate the rest of the album.

Lead vocalist Kenny Snarzyk takes the helm with certainty, guiding the depths of doom with not just his screams, but with the steady plodding of the bass he also wields. No matter the accomplishments of the artists from whom the music is borrowed, in each of the tracks he sings with such self-assurance that the unaware may have believed he wrote the songs himself. In crafting covers in a way that retains their complexity and dimension, the vocalist must not just perform the material, but impart onto it part of himself, something that Snarzyk manages without faltering over a single note. 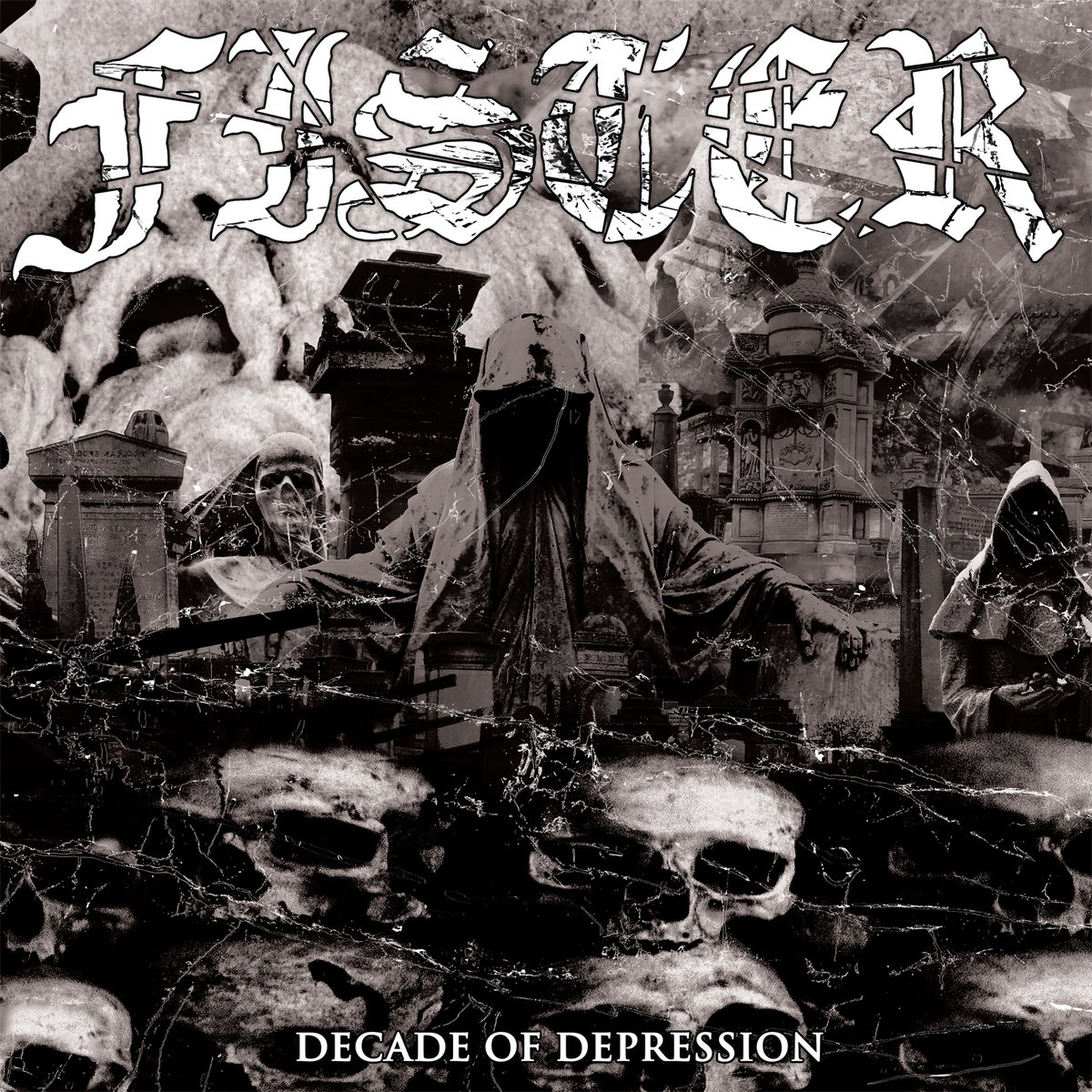 “Decade of Depression” could have only been enhanced if Fister had taken the time to step back and consider their own preferences with serious intent before embarking on such a diverse musical endeavor. While taking on so many styles and bands in a bombastic cover compilation makes for an unforgettable exhibition of their talents, to have seen an assortment that more closely complimented their core strengths in the way that “How the Gods Kill” and “For Whom the Bell Tolls” do would have been an even more delectable experience.

For a band so unabashed in their own styles and beaming with confidence in their abilities, “Decade of Depression” is the fantastic result of a group that works to cultivate the putrid aura of sludge while balancing the thoughtful composition of raw American doom. No matter the familiar titles that fill out the album’s track listing, the sound is one that remains unique to Fister alone.

Fister bravely deconstructs the mantles of giants with the heavy axe of sludge and a steady downpour of doom. Originality blossoms brightly across well-beloved songs touched by vividly inspired creative flair, and this makes Fister’s tenth anniversary one worth celebrating