Osyrhia, before the ravaging wars.

Though today France has become a competent rival to Italy in producing lofty symphonic power metal projects, fielding the likes of Hamka, Kerion and Operadyse to do battle with the likes of Holy Knights and Thy Majesties of the world, it was a very different story in the late 90s. While Rhapsody Of Fire (then plain old Rhapsody) was an ascendant force in the early days of the power metal explosion in southern Europe with the likes of Skylark and Labyrinth nipping on their heels, the former realm of the Gauls was largely without a voice on the orchestral pomp side of the metal equation. It was at this time that a quartet of French men banded together under the name Fantasia to stake their claim to the nascent European power metal revolution, yielding a single demo dubbed “Realm Of Wonders” in 2000. Three years later, following the exodus of bassist Thomas Cesario and the acquisition of Dark Moor’s premier front woman Elisa C. Martin, the name of the project would morph into Fairyland and the same album would be rerecorded under the title “Of Wars In Osyrhia”, culminating in arguably the most astounding power metal offering of 2003.

What would be most striking about Fairyland’s debut and subsequent career, apart from the auspicious vocalists tapped to lead the sonic charge and keyboardist/mastermind Philippe Giordana’s idiomatic songwriting and orchestral arrangements, was the vivid tale accompanying the equally elaborate musical backdrop. Giordana and company did not merely pay homage to Tolkien the way Blind Guardian and several others did, they created their own unique world using the famed British author’s tale as a template, and the resulting trilogy of albums that spanned the 2000s stood as their own musical and lyrical answer to The Lord Of The Rings. With the band’s return from 11 years of studio silence, Philippe and his newly minted lineup of Fairyland that includes several charter members from fellow French symphonic extraordinaire outfit Kerion and Wind Rose vocalist Francesco Cavaliera to usher in their version of The Silmarillion. The resulting magnum opus, “Osyrhianta”, stands as a formidable work in the symphonic style that originally put the band on the map, delivering a dual course of early 2000s nostalgia with a grittier, heavier tone alone the lines of how Symphony X might approach this otherwise lighter niche.

To further elucidate upon how Fairyland’s brand of metallic storytelling is accomplished, the formula dovetails with the swift, tremolo-riff dominated majesty that typified “Symphony Of Enchanted Lands” and “Legendary Tales”, albeit presented in a less tech-obsessed fashion. Though original Fairyland guitarist Anthony Parker brought a more Malmsteen-like shredding style to this outfit’s 2003 debut, Kerion six-string slayer Sylvain Cohen takes a more measured approach, though he is not slouch at putting together a noodling lead passage to rival Giordana’s flowing nods to Jens Johansson. That said, what gives Fairyland their unique flavor is the heavier emphasis on surrounding symphonic timbres to create a dense atmosphere that is further built up with massive choral lines. It is very much a metal album, but when considering the more mid-paced and whimsical character of folksy offerings like “Alone We Stand” and “The Age Of Light”, let alone the extended symphonic fanfare of “Mount Mirenor”, the metallic fervor is wont to take frequent breaks for something more along the lines of an epic film score. 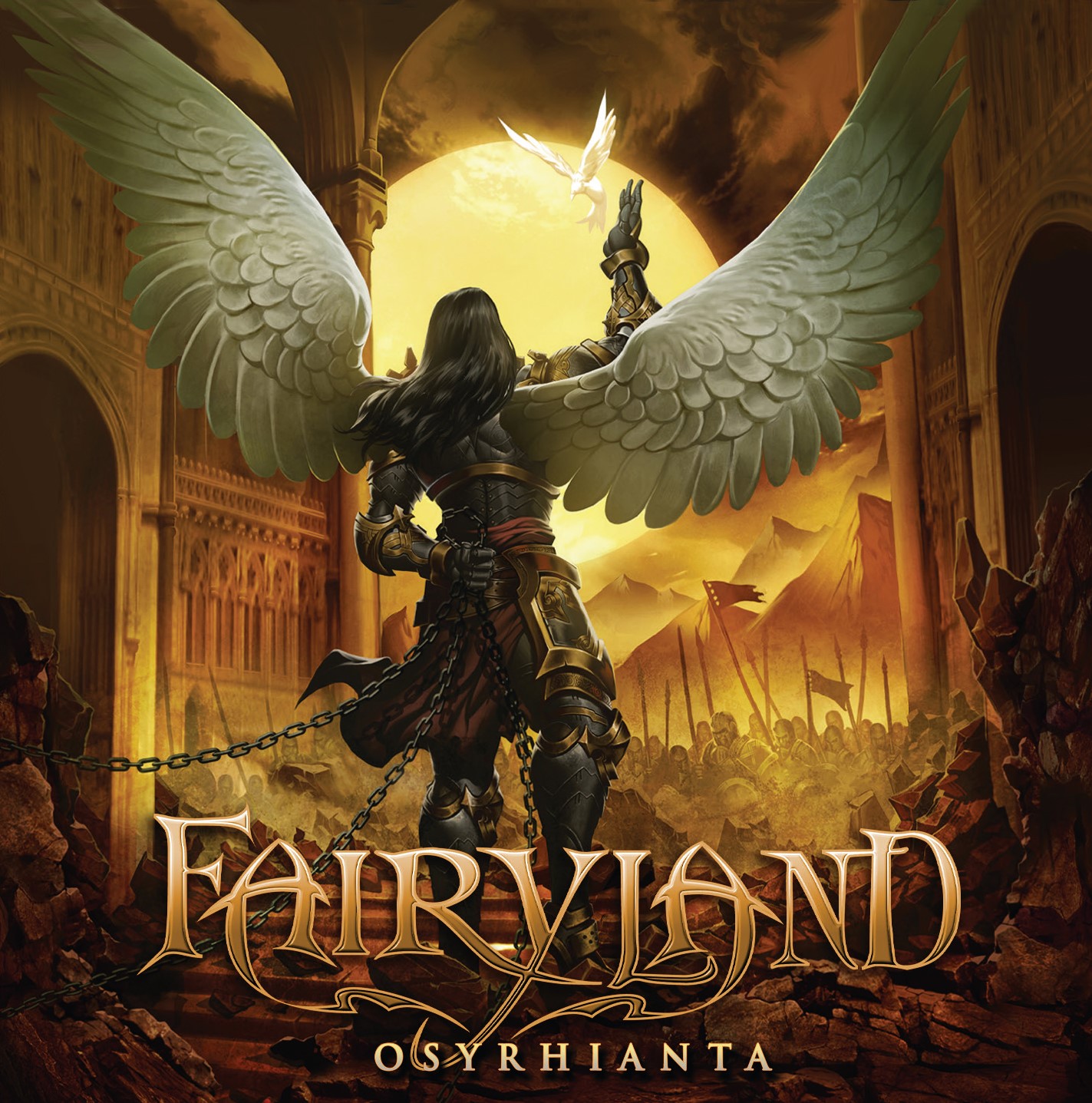 That being said, the bulk of this offering is an exercise in speedy, riff-happy gloriousness that rivets the ears at every possible turn. Crushing anthems after the spirit of Luca Turilli at his most ambitious such as “The Hidden Kingdom Of Eloran”, “Hubris Et Orbis” and even the gargantuan epic crusher “Of Hope And Despair In Osyrhia” (which includes some rather unsubtle musical quotations from Of Wars In Osyrhia) are sure to make any rabid symphonic power junkie check their calendar just to make sure the Y2K bug isn’t just around the corner. On the other hand, the more gradually building thrill ride “Across The Snow” showcases this band’s ability to play off a more nuanced approach to the style, while the heavier track “Heralds Of The Green Lands” sees Cavaliera dropping his signature Russell Allen wail for his deeper dwarf baritone to deliver something closer to a Wind Rose song. But when all is said and done, this album real brings things home with the slower duet between the aforementioned front man and original Fairyland vocalist Elisa Martin “Eleandra”, taking the nostalgia factor to the max and still keeping the focus on superb melodic hooks and majestic atmospheres.

With an impressive string of releases over the course of the past 5 years courtesy of Kerion, Peter Crowley’s Fantasy Dream and Hamka, it’s only fitting that this original pioneering act be the one to deliver a subsequent coup de grace to alert the masses that French symphonic power is back with a vengeance, naturally with a little help from some key players out of Italy and Spain. Every moment, every solitary note produced by each instrument is a link in a glorious chain of progression that finds the listener there and back again, as if they were Bilbo Baggins himself recalling how he went from a humble and quiet life to one of the greatest adventures any small person could have imagined. Whether this be the start of another golden age of releases for this band in relatively short order, or a spontaneous spark of brilliance in a career that may not prove to be heavily prolific, Fairyland has stolen the symphonic show in 2020 with this grand endeavor, and no folk, be they elf or man, should go without witnessing it.

Following more than a decade of studio slumber, France’s premier answer to the Rhapsody Of Fire question re-emerges and joins forces with an iconic front man from yet another Tolkien-influenced outfit to deliver a symphonic power metal masterwork for the ages