Bubbling up to the decrepit surface.

In even the most unceremonious of splits, eventually calmer heads will tend to prevail, though this will usually occur following both sides putting some distance with the past in the recording studio. One would be remiss to forget about the controversy that immediately followed Geoff Tate’s highly visible split with Queensrÿche, though it was very easily rivaled by the one that occurred when Entombed front man L-G Petrov exited the fold with several then current members of the fold and started putting out albums with A.D. attached to the end of the Entombed moniker. The passage of five years has thus seen the newer incarnation of this death ‘n’ roll institution put out three solid studio offerings, of which Bowels Of Earth stands as the newest and arguably most engaging, while the rest of the Left Hand Path lineup has largely languished in a state of inactivity with regards to putting out new material under the Entombed name; no doubt sowing some continual seeds of discontent among old school fans of the band viewing the latter as the true original.

To be fair, Petrov’s former band mates are probably as concerned about how they would continue on from their already highly diverse past, whereas the Entombed A.D. approach has been a consistent exercise of revisiting just about every facet of the same past on a single album. This third go around is no exception to the rule, as the only truly uniting element to this otherwise stylistically varied stroll down memory lane is the dank, muddy production that crosses the boundaries between mid-90s death metal and early 80s hardcore. Barring a few gimmicky intros or sampled bits popping in and out of a few random places, this is an album dominating by a very predictable mishmash of ideas drawn from the olden death thrashing days of Clandestine, the more grooving modernity of Wolverine Blues, and the nuanced middle ground between the two with a hint of melodic consonance that dominated most of Entombed’s 2000s output.

Nevertheless, what this 2019 excursion into the adventurous past of 90s Swedish death metal may lack in stylistic growth, it makes up for with a masterful execution on the parts of all player in congress. Of particular note are the technically spectacular lead guitar displays out of Nico Elgstrand and newly recruited Brazilian six-string slayer Guilherme Miranda, rivaling the chaotic frenzies of the Hoffmann brothers and the poised, progressive flair of Chuck Schuldiner and his various shredding foils throughout the 90s, and putting some much needed flash into a stylistically varied yet generally predictable and by the numbers songwriting structure. Petrov himself manages to infuse some passionate moments of rage within his largely lower-mid range growl, largely sticking to territory comparable to the recent output of Obituary and Jungle Rot, the latter band also being a good basis of comparison for how the rhythm section largely sticks to keeping things tight while also coming off as loose due to the low-fidelity production sound to which they’ve been bound. 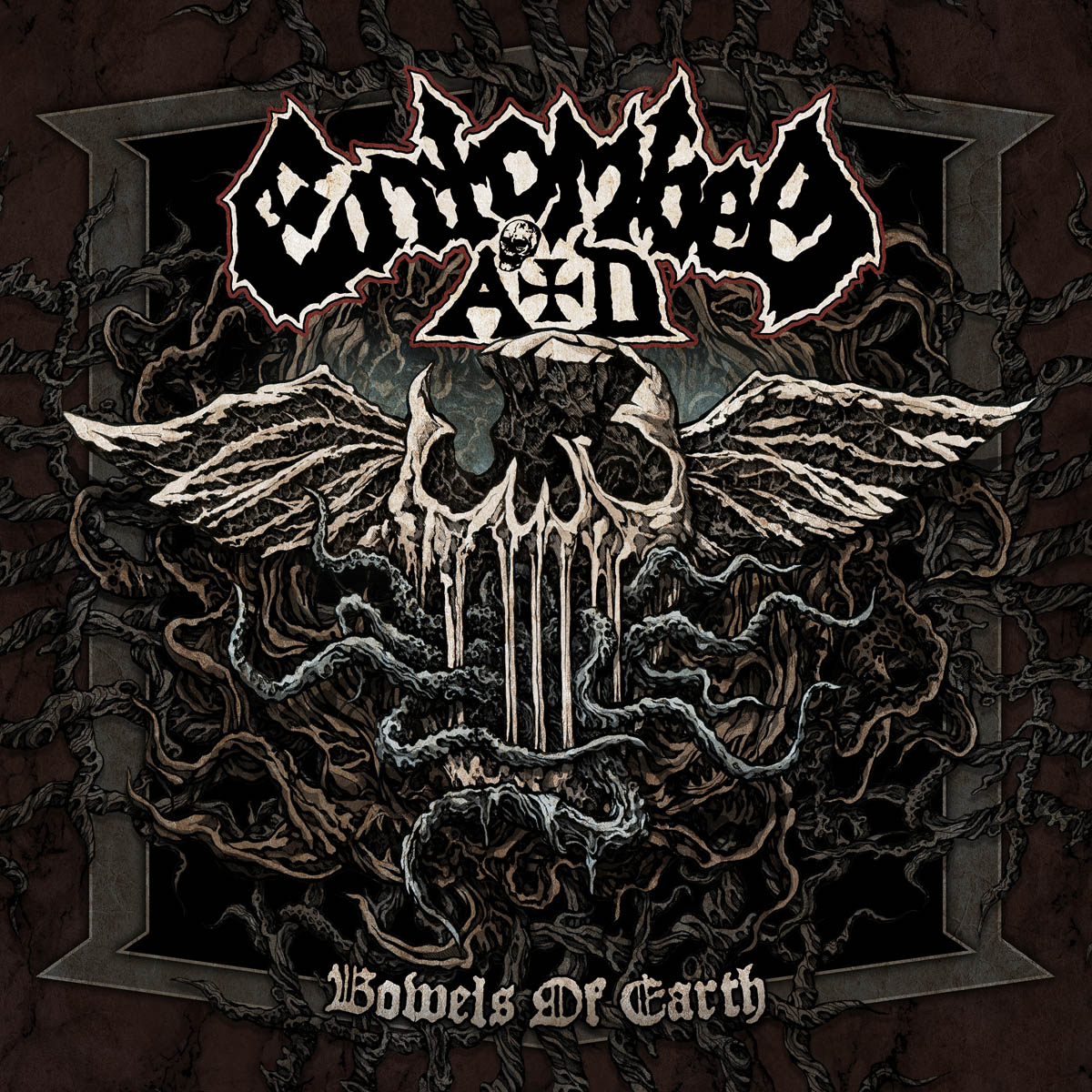 Though there is a bit of something for every type of fan this band has picked up during its previous incarnation, this album shines its brightest when it sticks closer to the thrashing sound of the early 90s when Entombed was rivaling the likes of Dismember and Grave in channeling the violent rage of the early Florida scene and the frenetic character of the extreme fringes of the Teutonic thrash scene. High octane crushers such as “Torment Remains”, “Hell Is My Home” and “Fit For A King” would all but instantaneously transport the average old school death metal fan back to 1991 when discounting the fuzzy sound of the mix, while more speed metal infused cruisers like “Elimination” and “Worlds Apart” take the more Motorhead-like elements of the death ‘n’ roll style and make them fit in nicely with the more intense thrashing fair. This isn’t to say that more southern rock infused incarnations of the style such as “Bourbon Nightmare” or even the slow trudging, Pantera-infused closer “To Eternal Night” is bad by any stretch, but they tend to hit with less overall intensity.

There are sure to still be some hard-headed holdouts that will still refuse to acknowledge this band as legitimate given the circumstances of the band’s origin, but from an objective assessment of the music found here, this is about as worthy of a continuation of the Entombed legacy that one could hope for from the original vocalist and a cast of musicians who came into the fray a bit later. It stands about on par with this band’s last two outings, perhaps outshining the previous album Dead Dawn in the energy department, but largely drawing from the same creative well. Newcomers to the Entombed fan base who may have had some experience with the likes of Obituary, Six Feet Under or any other member of the 90s Swedish death metal scene will find the accessibility factor of the two former bands and the energy of the latter scene well represented here. It’s not the fastest or the most brutal thing to come out of the style, but it is definitely well rounded enough to sit well with most with a taste for the raw aggression that goes with the sub-genre.

1. Torment Remains
2. Eliminate Them
3. Hell Is My Home
4. Bowels Of Earth
5. Bourbon Nightmare
6. Fit For A King
7. Worlds Apart
8. Through The Eyes Of Gods
9. I’ll Never Get Out This World Alive
10. To Eternal Night

One continuation of Sweden’s death metal pioneering act and stylistic wildcards proceeds further down the road of the tried and true, managing a few impressive performances while largely sticking to what works