Did you hear about the new guys on the melodic block? They call themselves East Temple Avenue and come with a fantastic AOR debut album under their sleeves.

No? Well, if you are into AOR and exciting melodic rock, you won’t be forgetting their names anytime soon. However, please be advised that there is a strong possibility that “Both Sides Of Midnight” will provoke the listener a heavy addiction to their refreshing and captivating take at the AOR sound.

It is surprising how good “Both Sides Of Midnight” is, especially since some of the East Temple Avenue’s members haven’t even met in person. However, they are not strangers to themselves since all of them come from different bands across the AOR/melodic rock scene, such as the likes of Find Me, Work of Art, Cruzh, and The Darren Phillips Project. So even if they have never been before in the same room, sure they were aware of everyone’s prowess and knew beforehand what they could bring to the table.

In this regard, “Both Sides of Midnight” turned out to be a remarkable collaborative effort by a set of musicians who live thousands of miles away from each other, on three different continents but still, Robbie LaBlanc, Darren Phillips, Dennis Butabi Borg, Philip Lindstrand, Dan Skeed and Herman Furin managed to craft a brilliant first album taking advantage of diverse technologies that allowed them to create a melodic knockout.

“Both Sides Of Midnight” contains a variety of songs with enough potential to transcend within the AOR scene nowadays. However, if we were back in the ’80s, almost every track on this record would played non-stop on countless radios stations; such is the finesse these guys employ to tread the musical trademarks that elevated the genre in past decades, while also printing their own sonic stamp, resulting in a refreshing and thrilling record.

From the beginning, East Temple Avenue clearly states their intentions to take over the AOR world by quickly delivering an anthemic tune called “Mountain” with an emotional lyrics delivered through Robbie LaBlanc’s portentous voice. Once the initial riff takes over, it becomes inevitable not to turn the volume up and let yourself submerged into the musical delight that it provides, a sensation that will continue through the rest of the album. 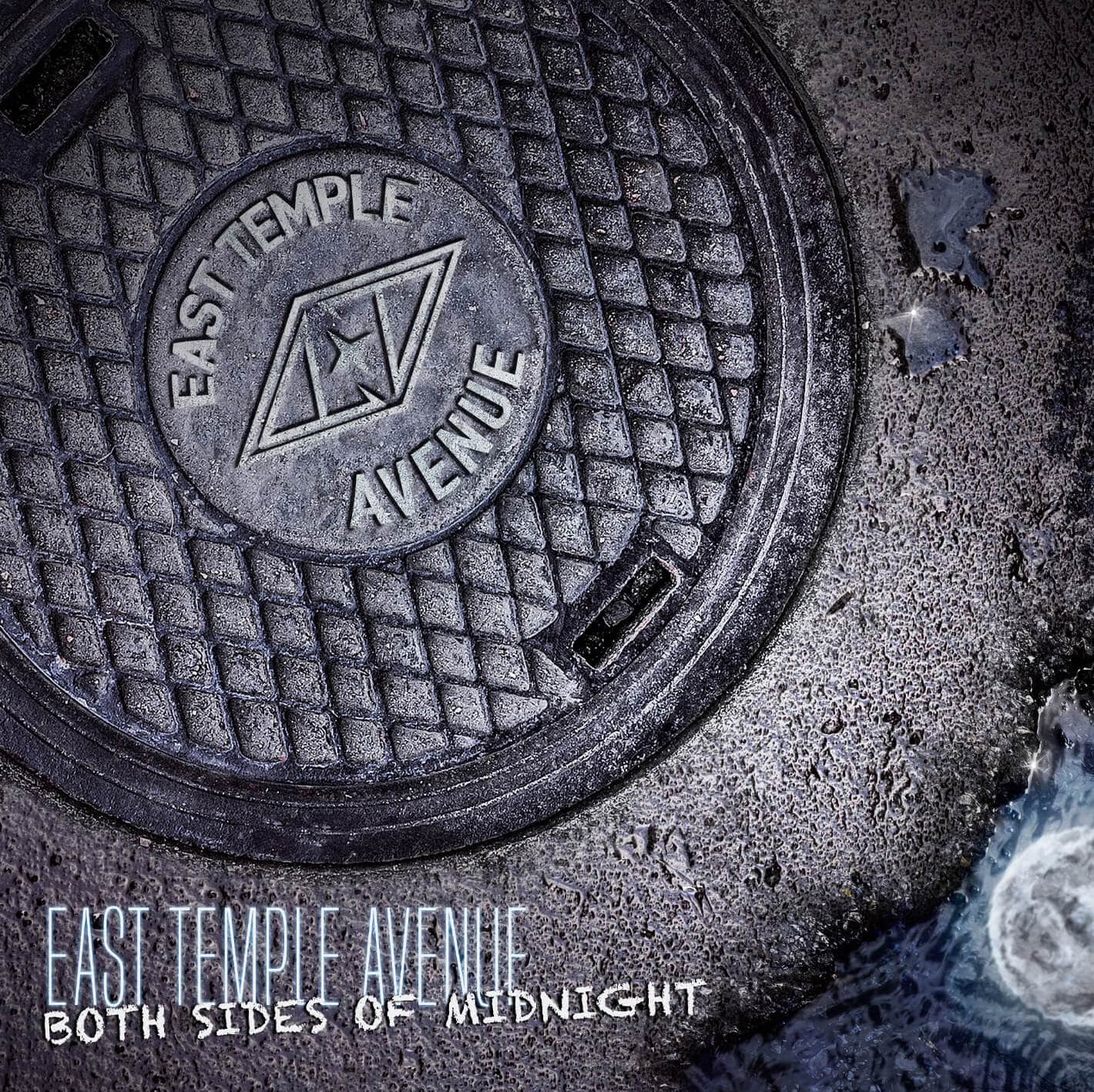 “Both Sides of Midnight” Album Artwork

For instance, “Don’t Make Believe” proof how easily East Temple Avenue is capable of putting out a melodic eargasm track with a feel-good vibe to it, one that that surely will become a fan favorite. Such tune is so good that it even granted the band a contract with respected German label AOR Heaven. Hopefully, there will be more albums coming our way in the future.

Of course, every great AOR album contains a mid-tempo that leaves the listener hypnotized by its mellow cadence. In this case, “The End of Me” and “Where Love Is” are those love ballads. Also, they are in charge of closing “Both Sides Of Midnight” by putting aside the intensity of the high energy and the fast-paced vibrations generated by the previous tracks. At first, it seemed odd to me that the band decided to wrapped their debut album with these particular songs since many bands try to close their records in a rampant manner. However, the reflective, emotional, and melancholic aurora sticks inside the listener, who surely would be expecting more from the East Temple Avenue outlet.

Overall, “Both Sides of Midnight” has enough quality to become a serious contender to AOR Album of the Year due to its stadium rock vibe, its haunting chorus, the vivid and blinding musicianship displayed through brilliant riffs, atmospheric keys, and dazzling guitar work, that shows without any doubt that the name of the game is simple: high-quality melodic rock.

“Both Sides of Midnight”  Tracklist:

East Temple Avenue clearly shows their intention to create a mark within the AOR scene. With its well-crafted musicianship, constant melodic hooks, haunting choruses, and its anthemic essence, “Both Sides of Midnight” will delight countless melodic rock enthusiasts worldwide while showing its credentials to make it to several “AOR Albums of the Year” lists