Being original doesn’t necessitate reinventing the wheel. In fact, bringing some freshness into the equation could consist in simply doing something unexpected, and back in 2013 it was likely considered a rare occurrence that one of the premier figures in the European black metal scene would take to playing old school doom metal. Yet this is precisely what came about when Alan Averill, better known to the legions of fans of Irish outfit Primordial as A.A. Nemtheanga, recruited guitarist Eoin “Bones” H. and fellow band mate and drummer Simon O’Laoghaire to round out the trio of his then new brainchild Dread Sovereign. Following a solid outing with their 2014 debut LP “All Hell’s Martyrs,” the latter would leave the fold and be replaced by Johnny “Con Ri” King on the kit, though one wouldn’t have known it by the consistent follow up that was 2017’s “For Doom The Bell Tolls.” With the wind at their proverbial sails, three times definitely proves to be the charm as their latest effort Alchemical Warfare proves a similarly formidable display of dark, doom-drenched goodness.

To the prospective newcomer, while this music bills itself as a trifecta of early heavy metal, doom and black metal influences, the overall picture is one that is firmly locked within the orthodoxy of early to mid 80s doom metal traditionalism, though naturally with a few caveats. The parallels to the first run that Saint Vitus had with Scott Reagers at the microphone and concurrent efforts out of Trouble are near impossible to miss, and the occasional flourishes of ambient and noise music don’t venture too far out of what one might have heard out of Count Raven or Sleep at times. Even Averill’s vocal approach, while a tad rougher around the edges from what one would normally associate with the style, leans closest to the nasally snarl with a slightly bluesy edge that Ozzy Osbourne was taking to Sabbath’s more rocking days in the mid-70s just prior to Sabotage. It’s a faster, more metallic take on things that the average traditional doom affair, as if this trio were building upon some of the more proto-thrashing moments of Black Sabbath’s formative days, but it’s more a tribute to the classics than a foray into the unfamiliar. 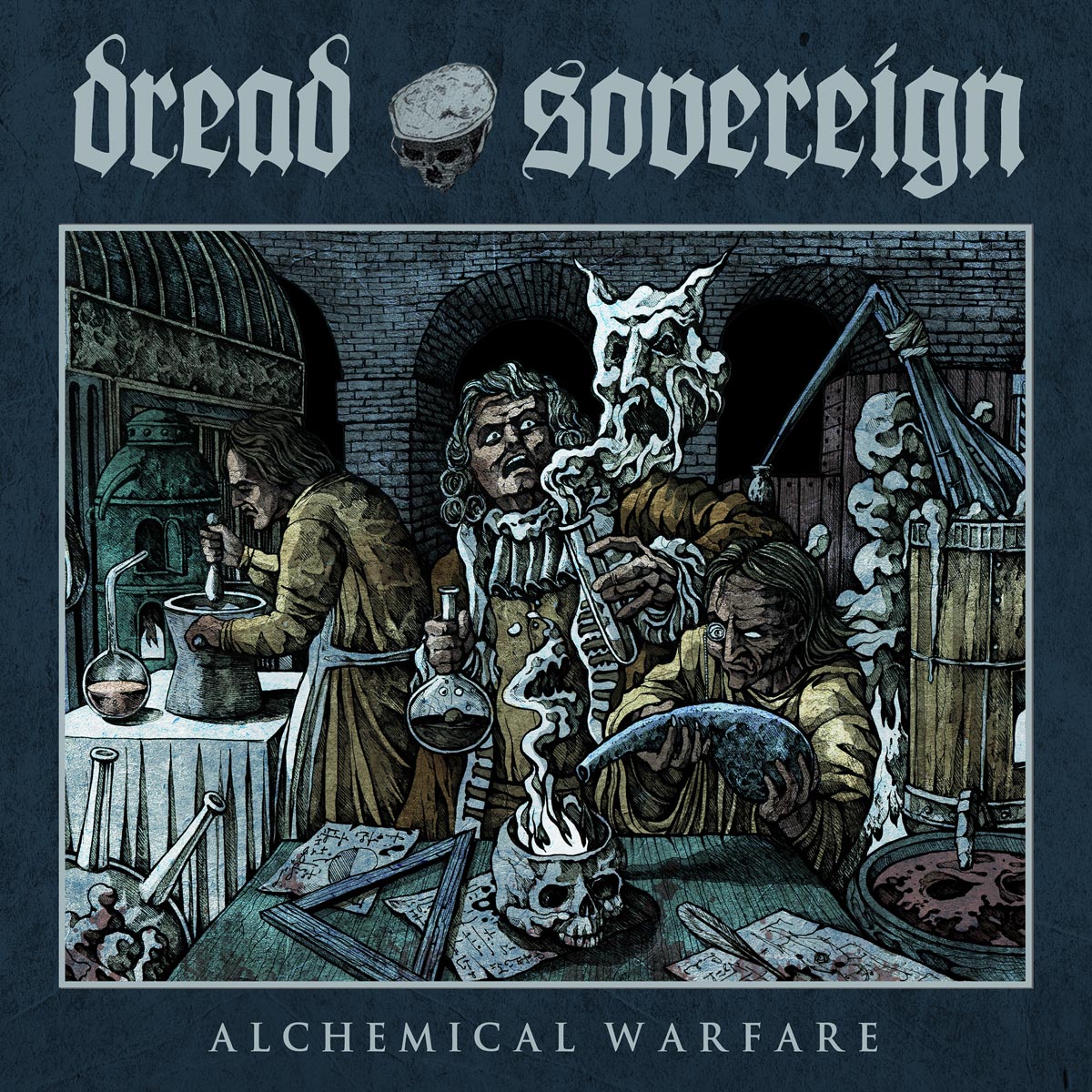 Relative to the long-winded epic largess of the debut and the almost EP-like brevity of “For Doom The Bell Tolls,” “Alchemical Warfare” treads in between said extremes, offering a somewhat more accessible take on a style known for jamming out and taking the long road. Having said that, the first full length song to grace the speakers proves a towering epic in 10 minute crusher “She Wolves Of The Savage Season”, gradually building from a swampy and droning introduction to an up tempo assault over the first 3 minutes, almost like an extended homage to Sabbath’s “Symptom Of The Universe” with a more gravely vocal display and a muddier guitar tone. Similarly epic successors such as the somewhat more blackened “Nature Is The Devil’s Church” and the groovy yet chaotic “Ruin Of The Temple Mount” follow a similar scheme of extended introductions with similarly eerie yet satisfying results. All that being said, it’s when things get closer to a pure display of old school doom metal swagger in a tighter package, as on the catchy rocker “The Great Beast We Serve” and the swift-paced, almost NWOBHM-styled riff machine “Devil’s Bane” that this album truly shines.

Though this isn’t too far removed from what one would expect from a doom metal band look to turn back the clock a few decades, this is a competent rendering in the old style with enough modern tweaks and jagged edges to keep things unique and interesting. The guitar work of Bones brings home the choppy blues rocking fervor of Tony Iommi and Dave Chandler, the drum work definitely lands snuggly in the jazzy looseness of Bill Ward, and in the midst of it all is Nemtheanga, pounding out his muddy bass tones and raving about the occult and history with a tuneful yet maddened tone. Fans of Primordial might find it coming up a bit short in the black metal department, but there is definitely a dark and forbidding tone afoot here that shouldn’t be passed up on differing sub-genre grounds. It’s a slight cut above what preceded it, and showcases a band that is still in the process of honing their efforts into something with a much broader appeal, but it’s still largely cut from the grain of doom bands that present their songwriting as extended excursions into the murky depths.

When not reminiscing upon olden Celtic lore in a brilliantly blackened fashion, Primordial front man Nemtheanga has found a curious flair for paying tribute to the traditional wing of doom metal with a bit of black detailing, and his latest studio venture into the realm proves an ambitious one to boot.