For any student of the history of music, Germany was not merely the home of many of the Classical and Romantic eras, but also the hub of everything that came to challenge the conventions that arose from both eras during the early 20th century. It might seem an odd way of putting things, but setting trends and then bucking them seems to be in the blood wherein the Teutonic creator is concerned, and few bands to come out of the death metal scene of the 1990s can boast of thumbing their noses at established orders than Defeated Sanity. Beginning as the brainchild of drummer Lille Gruber, the son of 70s jazz drumming extraordinaire Wolfgang Teske (whom also served as guitarist for the band during their seminal period), this unconventional fold from Berlin adopted the same basic template that was pioneered by Suffocation and Cryptopsy, but opted to take it to a far different place, one more suited to the truly surreal world that defined the old Avant-garde as typified in the likes of Anton Webern and Arnold Schoenberg.

While the stylistic underpinnings that are presented in “The Sanguinary Impetus”, Defeated Sanity’s sixth studio offering, may come off as truly bizarre to the uninitiated, those who’ve followed their career since their breakout 2007 sophomore outing “Psalms For The Moribund” may see this offering as business as usual. Even the most chaotic of methodologies tends to have an underlying sense of cadence, and this band’s approach to organization is more rhythmic and timbre-based than it is tonal, relying up periods of greater disorder followed by what can pass for grooves were they less drenched in atonal ornamentation. The resulting songs, which should be regarded more as compositions since they don’t really conform to any kind of melodic structure, are generally short, yet seem much longer given the massive number of fragmented musical ideas that have been compressed into these brief durations. It’s actually fairly easy to lose one’s spot if approaching this as background music to play while one ponders the convoluted ravings of the post-modern intellectuals that likely inspired the lyrics contained within.

If there is any flaw in this otherwise perfect display of rebellion against normalcy, it is that anyone not already immersed in the murky underground world of tech death might have trouble making sense of this auditory monstrosity. To some extent it could be likened to the early works of Cryptopsy, most notably the heavy degree of jazz fusion mixed in with the obligatory morose mixture of inhuman guttural vocalizations and tech happy slap bass work. American death metal barker Josh Welshman, a relative newcomer to the fold, has more of a present day slam/brutal vocal approach that is more in line with the incomprehensible ravings of Matti Way (Pathology, Abominable Putridity) rather than a prototypical early 90s New York death metal growl. Likewise, while Gruber’s drumming is an exaggerated exercise in virtuoso showmanship, longtime bassist Jacob Schmidt’s handiwork utterly steals the show, while some of the guest guitar work, such as the wild Slayer-like technical solo display at about 2/3rds of the way through “Drivelling Putrefaction” is nothing to scoff at. 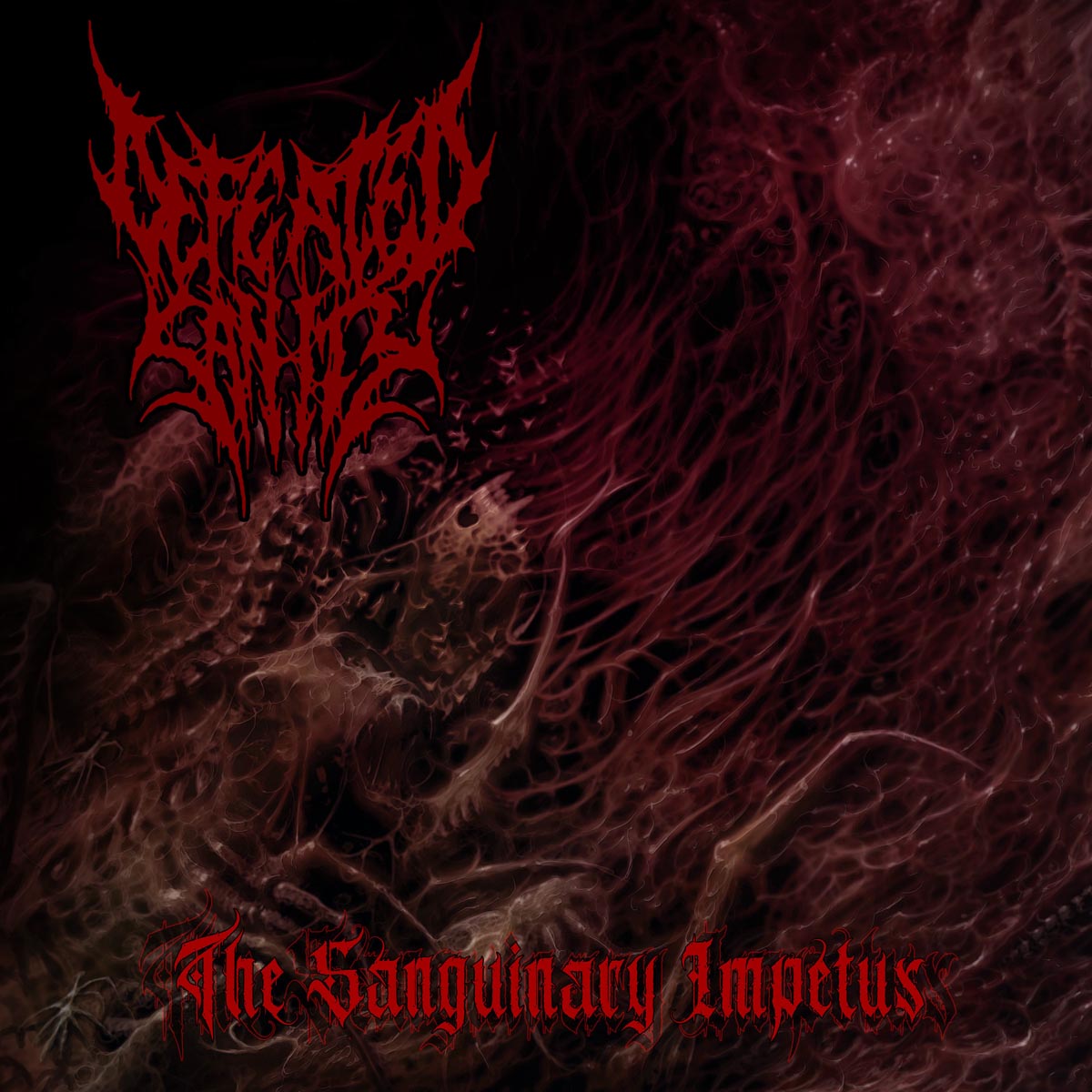 Then again, if one is looking to acquire a taste for this brand of sonic nonconformity, this is probably as good of an album as any by this outfit to start with. From the quirky drum intro that sounds like a ball dropped and repeatedly bouncing on the floor and kicks off this album’s opener “Phytodigestion”, it’s pretty clear that any rule-book will only apply here in the loosest sense. The body of the song itself sounds like a twisted mutation of something that could have been heard on Suffocation’s “Pierced From Within”, being so dissonant and disjointed that it would likely confound even those who original took to said album when it was unleashed 25 years ago. Some offerings such as “Conceived Through Savagery” and “Insecta Incendium” venture fairly close to being conventional death metal in the old school Cannibal Corpse sense, but overall this album is a consistent trip through the most horrific side of a night terror. But for those who like it as weird as possible, the jostling, jazzy fits and starts of “Propelled Into Sacrilege” take the cake in terms of confounding one’s logical faculty.

As with all crafts, there is definitely an audience for this, though it’s definitely on the more exclusive side of things. It’s sort of a nihilistic, post-modern way of reiterating the point of Thomas Aquinas that “for those who know, no explanation is necessary, and for those who don’t, no explanation is possible” in musical form, not quite to the point of shutting the door on newcomers to the band, but putting forth an extremely tight bottleneck entrance for those attempting to enter. Ultimately that’s the point of a band that works exclusively outside of the bounds of what the mainstream considers to be music, and there is definitely a sense of technical greatness that goes with creating something this elaborate and convoluted. It doesn’t quite top the brilliance of “Psalms For The Moribund”, but it’s a solid restatement of the same formula (or lack thereof) that Defeated Sanity has showcased ever since.

In a subset of metal where the otherworldly is par for the course, Germany’s brutal death wildcard Defeated Sanity continues to expand upon the definition of unconventional while insuring that reason will never reign victorious