Touches of the symphonic have been making their way across all genres of metal, appearing on albums drenched by the brutality of death metal, or painting a dynamic background for the grand epics emerging from the latest in progressive metal. Making their debut is a band that has returned to the purity of symphonic metal at its most foundational, and their name is Crusade of Bards. In a bold first album, titled “Tales of Bards & Beasts,” the six-piece act tackles a bold conceptual fantasy adventure carried by a seafaring spirit. This journey is crafted by swelling waves of traditional instruments married closely with electric guitars and the guiding force of a ceaseless drum.

For fans of the symphonic offerings found in the iconic chapters of Nightwish’s extensive discography, Crusade of Bards offers many familiar features. Dominating tracks with her soaring and unforgettable voice is “Captain” Eleanor Tenebre, a strong operatic voice that soars with grace comparable to iconic vocalists Floor Jansen and Tarja Turunen. She carries her role as front-woman with equal parts elegance and strength, an unwavering backbone to a tale of pirates and beasts of legends. A strong voice is not the only strength Crusade of Bards has to offer, bringing in an ensemble of guitars, keyboards, and a dedicated cellist. As though six dedicated musicians weren’t enough, Crusade of Bards bursts through the gates with notable guest Henning Basse, of Firewind and Mayan, on the album’s seventh track.

Orchestral might is absolutely inescapable when listening to “Tales of Bards & Beasts,” the deep sea of traditional instruments swelling relentlessly as the consistent introduction and closure to each new chapter in the album’s ongoing adventure. Opening track “Remembering Quests” embodies grandeur itself, flowing seamlessly into the raw power of resounding drums in second track “Of Bards & Beasts.” Fury gives way to softness as Tenebre begins to sing, her voice both soft and powerful in the same breath, with a might to give wind to the sails of an epic fantasy. Pacing throughout these tracks mimics the same tides of the ocean, giving rise to gentle waves of more intense orchestration and pounding drums to excite the senses. These drift back in a reliable heartbeat, revealing the soft caress of vocal talents to soothe the storm.

Focusing on the symphonic has not left Crusade of Bards disadvantaged in the diversity of their offerings; they have procured an intense variety of listening experiences, differentiating each track vividly from one another. This feat was accomplished through the generous use of various traditional instruments, integrating elements of strings, brass, and choral voices to create illusions of danger or of sorrow where the concept saw fit. Speed takes charge in “The Golden Vessel,” the most lively track of the album, which leans on the flitting nature of vibrant strings to build the backing for a tale driven by excitement. 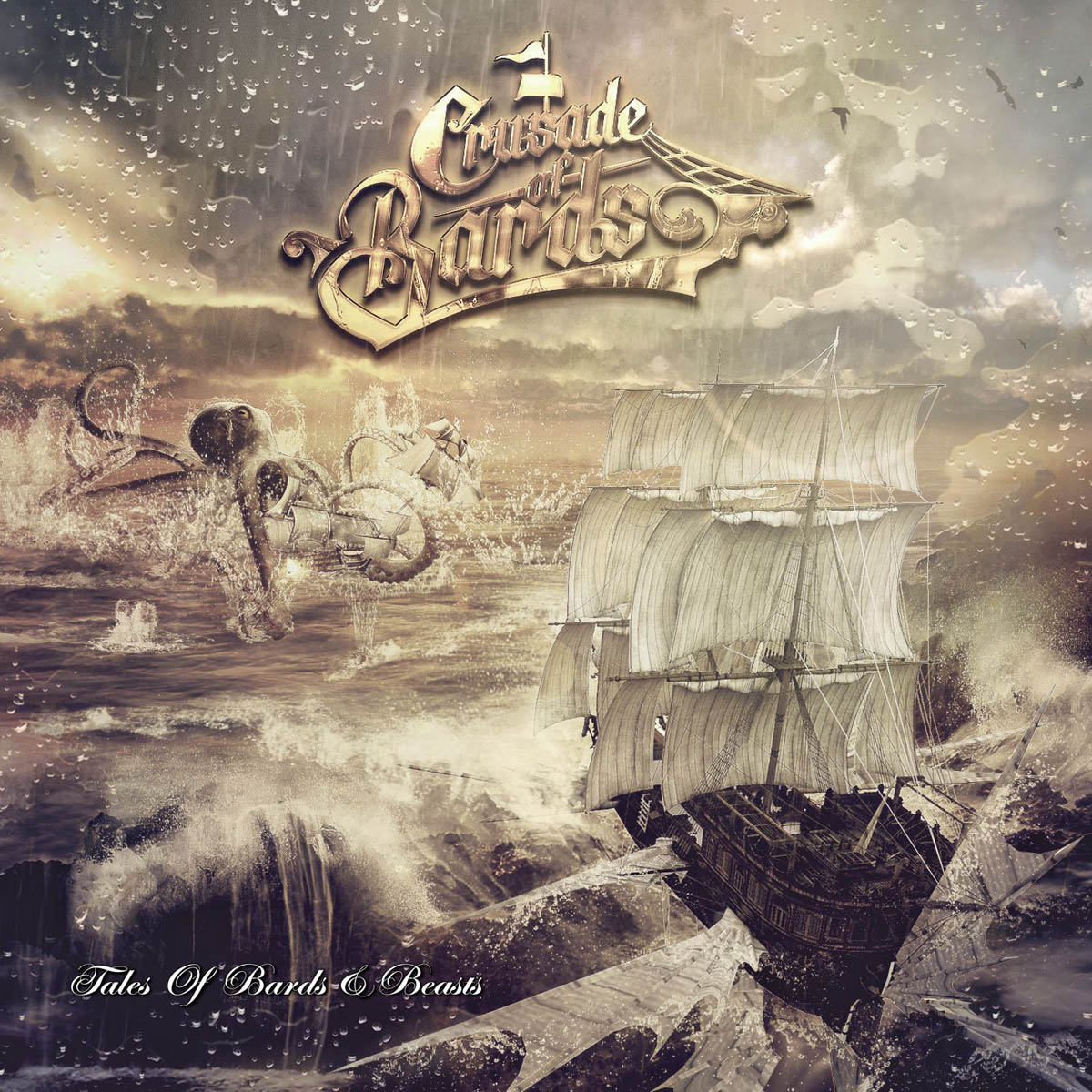 The most chilling opening of all, and the one which best sets the mood for the track to come,  is featured on “The Rise of the Kraken,” the album’s fifth track. This song is the make-or-break for the entire album, where their range of skills has been laid bare, and their vision has been realized as a clear and complete artistic direction. Opening much as a soundtrack from a horror film, terror and anticipation rise together in a dramatic musical arrangement, only to melt away for Tenebre to hit her high notes. As with all of the album’s tracks, she takes center stage without more than gentle instrumental backing, typically strings. The fact that she carries the band with her bright and piercing voice is unquestionable, but for the most part, the storytelling capabilities of instruments is put on hold the moment her voice hits the mix. While listening, there is rarely a blend of the bright guitars of Adrian “The Time Knitter” Carrero, and bassist Lara “Percia” Garrido to back her.

One of the pleasures of symphonic tracks is that the instruments are able to tell a story as much as the words are, but these two elements are strongest when combined, rather than isolated. No matter how strong an opening on “The Rise of the Kraken,” the unparalleled anticipation that had been building all but disappears when instruments cut for the sake of accommodating the chosen vocal mix. Were there not such a disparity between the time split between the orchestral, the metal, and the purely vocal, the story would feel much more complete. Instead, it’s picking up fragments of the story as each strength takes the lead, and the other components fade into the background. “The Rise of the Kraken” is not the only track that falls victim to this sudden dissipation of instrumental atmosphere: “Four Fours” is another notable example.

This repetitive structural deficit aside, there is no question that this album was put together with a complete vision and cohesive effort from all contributors. Mery “Deep” Red’s cello is a soothing presence throughout the album, and the drums of Jorge “You” Homobono are as reliable as the ocean’s tides in keeping time with an ensemble of traditional instruments. To make a tale of fantasy on the sea was a concentrated effort, and was guided by the hands of Dani G (Firewind, Last Days of Eden) in both mixing and mastering. The songwriting and arrangements mirror the same depth and emotions of classical music, and use the elements contributed by the heavy punches of metal to create a cinematic flair that rockets “Tales of Bards & Beasts” to an epic scale.  No matter the small stumbles to find the right balance for their instrumental mix, the composition and sheer talent of musicians and vocalists of Crusade of Bards makes their debut a strong and enjoyable adventure on the high seas.

A rich symphony sets the scene for a seafaring adventure filled with creatures of lore, guided by strong vocal talent singing of vibrant fantasy. Setting sail with their debut, Crusade of Bards is a refreshing breath of pure symphonic metal taken back to its roots, embellished with a grandeur that brings its taste to that of a cinematic scale