What turns a prog band to go to the dark side? Sooner or later most of them succumb for at least one album. They may start out pastoral, symphonic or even ambient, but at some point they turn…to the metal side. It’s happened to the best of them, Porcupine Tree being an obvious example. But sometimes it happens in reverse too, with Opeth, Katatonia and Anathema mellowing out as they age. In the case of Cosmograf – the progressive rock project, brainchild of Robin Armstrong, a multi-instrumentalist, musician and songwriter, who lives in Waterlooville, just outside Portsmouth in southern England – the new release Mind Over Depth is when they decided to take a decidedly heavier tone and fortunately, it serves them well. Robin has a voice that goes down smooth over the crunching guitars, the pounding drums and at times, the pulsing electronica. Atmospheric keys surround the outer edges in just the right amount, layered in perfectly with a steady hand on the mixing controls. Whether it suits their previous fanbase may be up to personal tastes, but if this were the debut album from Cosmograf, they would be embraced as a strong contender in the prog-metal genre.

So, what is the cause for these disturbed waters? The lyrical content reveals a theme of the power that thoughts have on our awareness and experience of life. Thoughts can be destructive if they are believed to be true and Armstrong’s sonic landscapes – along with the underwater seascapes of the album art – display the dangers of negative thinking. Spend a little time with the album and it soon becomes evident why a darker approach was called for.

Each track on the album is a success in developing its theme, yet also maintaining a succinct delivery: at only five songs and 45 minutes of total length, the album makes its impact but doesn’t linger too long. It’s digestible without being exhausting. Opening with the longest track “A Million Choices”, we are bombarded with spoken negative thoughts from a disembodied narrator as symphonic strings play underneath. Then the beats come hard and quick as the band kicks in with fury. Kyle Fenton’s drumming throughout the album is on point, and Armstrong makes the most of it with an excellent percussive mix. On the first two tracks we also are treated to special guest Colin Edwin on bass. Not that Edwin’s presence is absolutely necessary: Armstrong provides engaging bass himself during the rest of the album. But with these first two tracks the listener can have the sense that this three-person band is delivering what would usually require a five or six member ensemble. “Godspeed” follows up and is one of the strongest songs on the album. Although it begins with spacious atmospheric playing by all three musicians, once the dynamics turn dark, Armstrong’s vocals take center stage with a mesmerizing delay effect. “Wind will rise, the sea will rage. But when you scream and shout no more, the strength within you will engage.” There’s a bit of classic hard rock here too, which only makes the song that much more satisfying at an elemental level. Again, Fenton’s drumming and Edwin’s bass hit in all the right places, especially as we draw near the close with a bluesy groove. 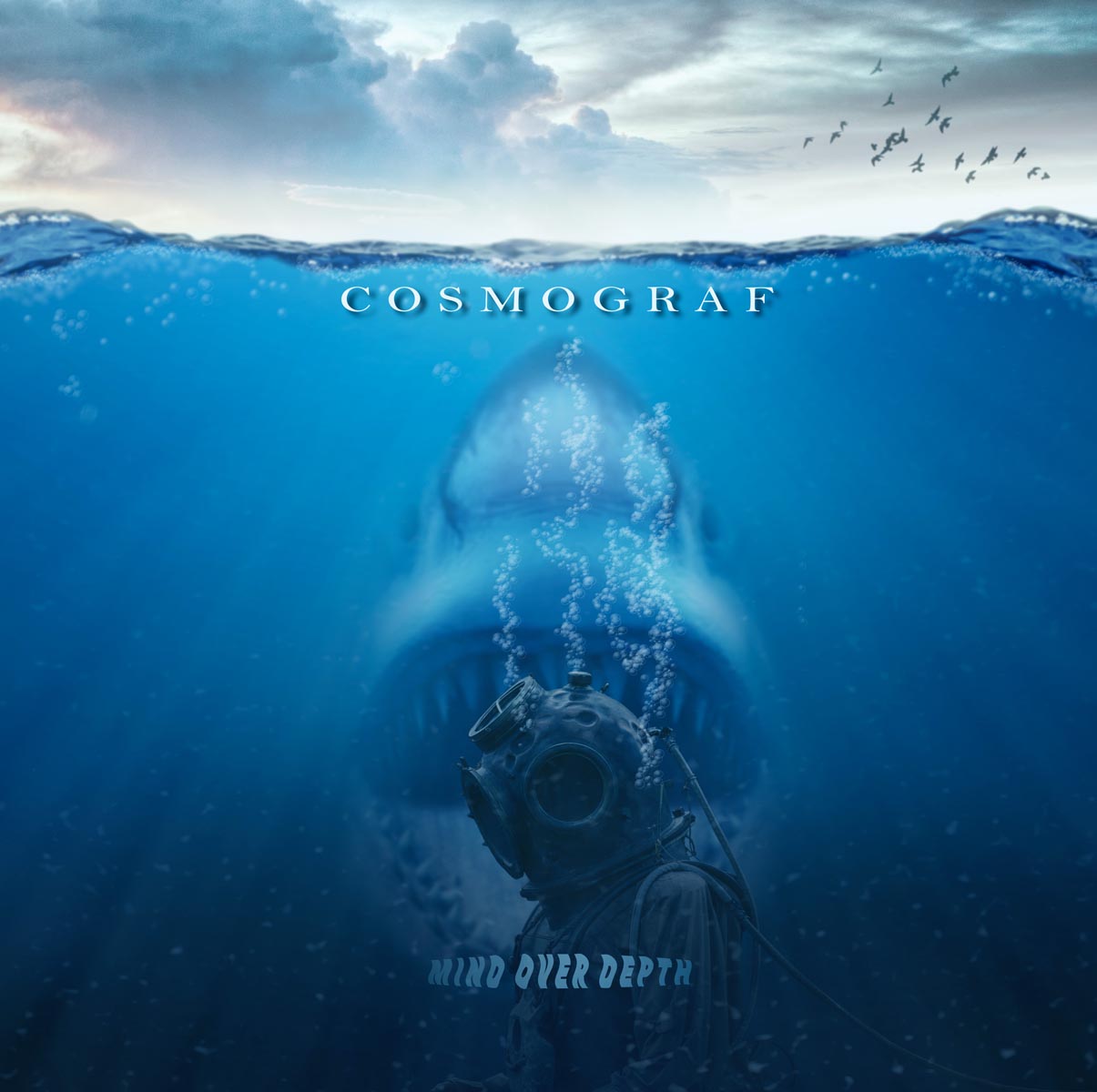 “The Smoke and the Flame” was chosen as a lead single and as the shortest and most direct song, it makes sense. With lies and greed forming the foundation of the lyrical content, this is an anguished cry of injustice with a mighty chorus to convey its message. “Sharks” follows with a devastating opening crunch. The song holds a wealth of dynamics, alternating from brooding to bombast. Whether taking the title of the track as a metaphor or at face value, the dread is vividly felt, and the menace is real. Armstrong delivers satisfying lead playing at the right moments, amidst his pleading layered vocals. The expert production is never more necessary to handle the vast diversity of the terrain, and it goes down… swimmingly. All that is left is to say “Goodbye to All Illusions”. This closing track is heavy on the electronica, marrying it with electric guitar and Fenton’s drumming in a style similar to Porcupine Tree’s “Sleep Together”. It is convincing, the form being in step with the rest of the album, despite the new sounds being introduced for this final track.

The album leaves us in a dark all-encompassing state of mind. The portrayal of the shark approaching the unassuming diver in the depths of the sea has now been imprinted on us by the sonic journey, not just by the album cover. This is a different Cosmograf than the listener may have expected and it will be interesting to see where Armstrong decides to take us next. Hopefully he/we will make our way to the surface and catch a wave to brighter shores. Or perhaps he will choose to linger on the dark side, as it beckons with its shadowy depths. Highly recommended.

Cosmograf find success with darker hues and heavier riffs for their new album. Principally written and executed by Robin Armstrong, strong support from Kyle Fenton and at times, Colin Edwin, make for a thundering performance and a killer band. The sleek songwriting is filled with dynamics that know when to push forward and when to lay back. While the newfound edge may be unexpected, it is most welcome and satisfying.