The time-traveling rockers have arrived.

With each passing years it seems that the clock is moving backward, at least when considering the growing flock of retro-rock outfits popping up like dandelions in a spring field. The visual of a pleasant pastoral setting is a fairly appropriate one when dealing with the newly minted hard rocking fold known as Butterfly, as they’re particular brand of old school music carries as many roots in the late 60s psychedelic craze as it does what immediately followed. It’s a heavier variety of happy-go-lucky rocking that justifies the gas guzzling van they’re toting for their debut road trip, but ultimately it’s the sort of impact-based goodness that’ll sooner get you to throw a peace sign into the air rather than the horns. Having already put out a fair number of teasers going back to the middle of the previous year, little will be left to the imagination with the release of their debut studio excursion “Doorways Of Time”, save maybe the extent to which they have opted to mix things up within their vintage stylistic template.

The intermingling of such noted 60s rock icons as The Beatles, The Kinks and The Animals via the entire four-piece contributing vocals in a smooth, every man styled approach with their riff happy 70s rocking approach is indeed a curious one, resulting in a healthy level of variety within this album’s relatively short, 37 minute duration. The dueling guitar assault provided by Luke Robertson and Philip T. King could be likened to an orthodox emulation of the rich harmonic approach employed by Thin Lizzy during the mid 1970s crossed with a southern blues-based shtick that vacillates between ZZ Top and Lynyrd Skynyrd. All of that being said, the signature riffing work and a tight rhythm backdrop are what drives these songs, with all of the sugary detailing being used sparingly to avoid the pitfall of an excessive jam band affair. To put it more plainly, this is a band that writes songs, not extended odes to the wandering improvisational blues man, and they’ve got the infectious hooks to make it stick.

Kicking things off on a decidedly rustic tone, the opening banger “Desert Chase” enters the fray with some amplifier noise and a simplistic groove. The most obvious influence here is the pioneering work into the stoner realm originally explored by Black Sabbath, albeit translated into a two guitar format that sees the rhythm work mimicking the chunky and trill-happy Tony Iommi approach while the occasional lead breaks have a bit more of a Blue Oyster Cult vibe. Things take on a bit more of a Thin Lizzy circa the “Jailbreak” days on “Climbing A Mountain”, albeit with more of an early 70s dreamy vibe when the vocal interplay comes into consideration. It gets a bit more jam-happy and mixed up when the title song enters the fray, complete with vocalist/bassist Phil Gresig getting a bit busy on the 4-string and a creepy a capella vocal segment to accentuate the band’s affinity for the flower power days, but ultimately the template still comes off in favor of a mid-70s Thin Lizzy sound. 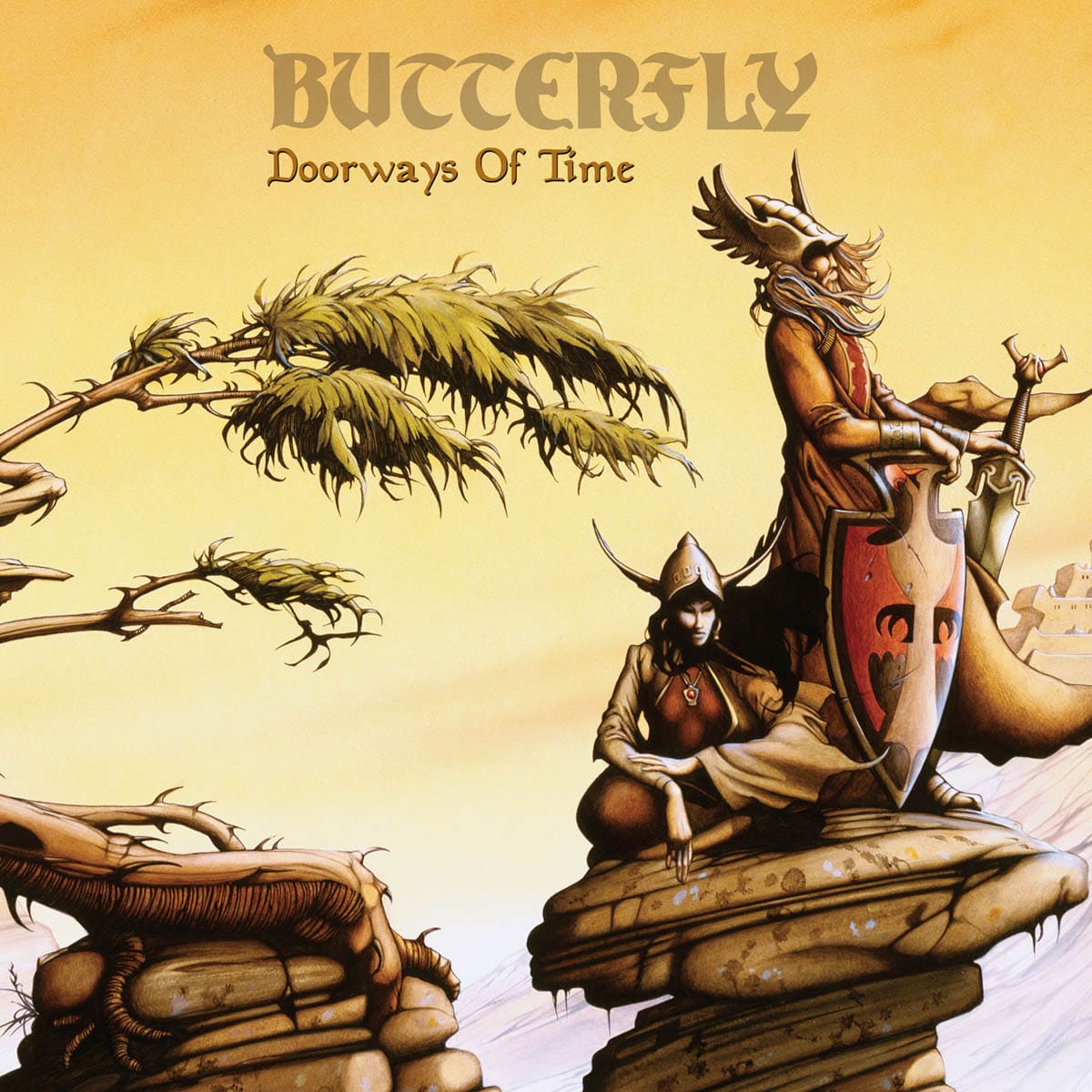 With things already becoming eclectic enough to set the band apart from most of their contemporaries in the rock revival scene, the middle of this album is where things really get outlandish. Both “The Night Is In Its Way” and “Nobody” turn the clock back to the mid-60s quite abruptly, the former being uncannily similar to The Animals’ rendition of “House Of The Rising Sun”, while the latter recalls the early transitional period from the mop top days to the hippy era that throws in a few anachronistic harmonized guitar elements. The blues rocking comes raging back quite brazenly on the crunchy “The Sin” with a side order of soul elements in the vocal department, while the coasting grooves and wailing lead guitars of “Crawling” have a heavy ZZ Top vibe going. But the album’s true fever pitch is reached on the Judas Priest inspired “Heavy Metal Highway”, which could all but be an outtake from “Sad Wings Of Destiny” were the vocals a bit more shrieking and the guitars just a tad heavier.

As the album hits a haunting denouement on its closing sonic epilogue “The Scorpion”, which is more of a haunting afterthought featuring a droning acoustic guitar line and a spacey atmosphere, it’s pretty clear that those longing for the full fledged old school hard rock experience will find it here. The pool of talent seems to be increasing with each passing year, and despite the mainstream’s continual obsession with the next synthesizer-steeped pop sensation, the real goods are always found when a group of three to five friends decide to pick up the drums, bass and guitar to build a sound without the assistance of a sampler. It’s a fine start for an up and coming band that knows how to recapture the past without totally dwelling upon it, and it’s the sort of album that any self-respecting fan of Blue Cheer, Deep Purple, Orange Goblin or any number of present day emulators thereof will want to check out.

Ushering in the 2020s with a massive dose of 1970s nostalgia, this newly birthed group of Aussie rockers takes an array of hard rock, psychedelic and stoner/doom influences and blends it all into one nice, succinct package