Sometimes a throwback can prove quite novel.

In metal, as in most things, old tricks prove to be the best ones, hence the ongoing revival of all things old school in said musical genre. With throngs of bands surging out of Europe, South America, and even the United States after a long period of metallic recession, it seems that a larger label like Nuclear Blast would be bound to get in on the craze after a decade or so of catering to modern mainstream sentiments. Among the more auspicious of their recent acquired acts is a highly dynamic and determined five-piece out of Switzerland dubbed Burning Witches, likely a moniker partially inspired by the famed debut album of original female-fronted and German purveyors of all things denim and leather Warlock. Then again, these Amazonian berserkers are far from a carbon copy of Doro’s former band, and have developed a sound that encompasses a highly diverse repertoire of classic outfits from the glory days of the 1980s that packs a punch intense enough to register on the Richter scale.

Being their third studio LP outing as a band, and the second as a member of the Nuclear Blast family, “Dance With The Devil” presents a sound the is both undeniably heavy in nature and largely German in demeanor. One wouldn’t be far off to recount the punchy grooves of Accept’s “Restless And Wild”, along with the modernized speed and fury of Judas Priest’s signature sound as interpreted by any one of Primal Fear’s more recent offerings, with the impact-based new classic “Rulebreaker” being at the top of said list. The exodus of original vocalist Seraina Telli has done little to blunt the sharpness of their sonic assault, as newly recruited banshee wailer Laura Guldemond (a newcomer to the scene known by some for her brief stint with Dutch symphonic power metal outfit Shadowrise) proves to be more than up for the task, ushering in an intensity factor that is fierce enough to rival Battle Beast’s Noora Louhimo on her best day.

Though largely being an example in back to basics heavy metal that largely eschews the keyboard-driven excesses of many modern European power metal bands, this album does come with a diverse array of influences. Following a dreary, occult-like atmospheric prelude somewhat indicative of early Crimson Glory in “The Incantation”, the haunting disquiet is shattered with a triumphant, speed-drenched anthem with a slight thrashing edge in “Lucid Nightmare”. The raw intensity of Guldemond’s vocal approach is accented with what could pass for death barks during the chorus segment, which when combined with an animated lead guitar presentation and monstrous level of heaviness gives things a slight Unleash The Archers character to the song. Similarly fast and ferocious offerings such as “Wings Of Steel” and “Sea Of Lies” have a comparably thrashing edge to them, while more groovy and melodic offerings such as “The Final Fight” and “The Sisters Of Fate” land closer to mainline power metal territory. 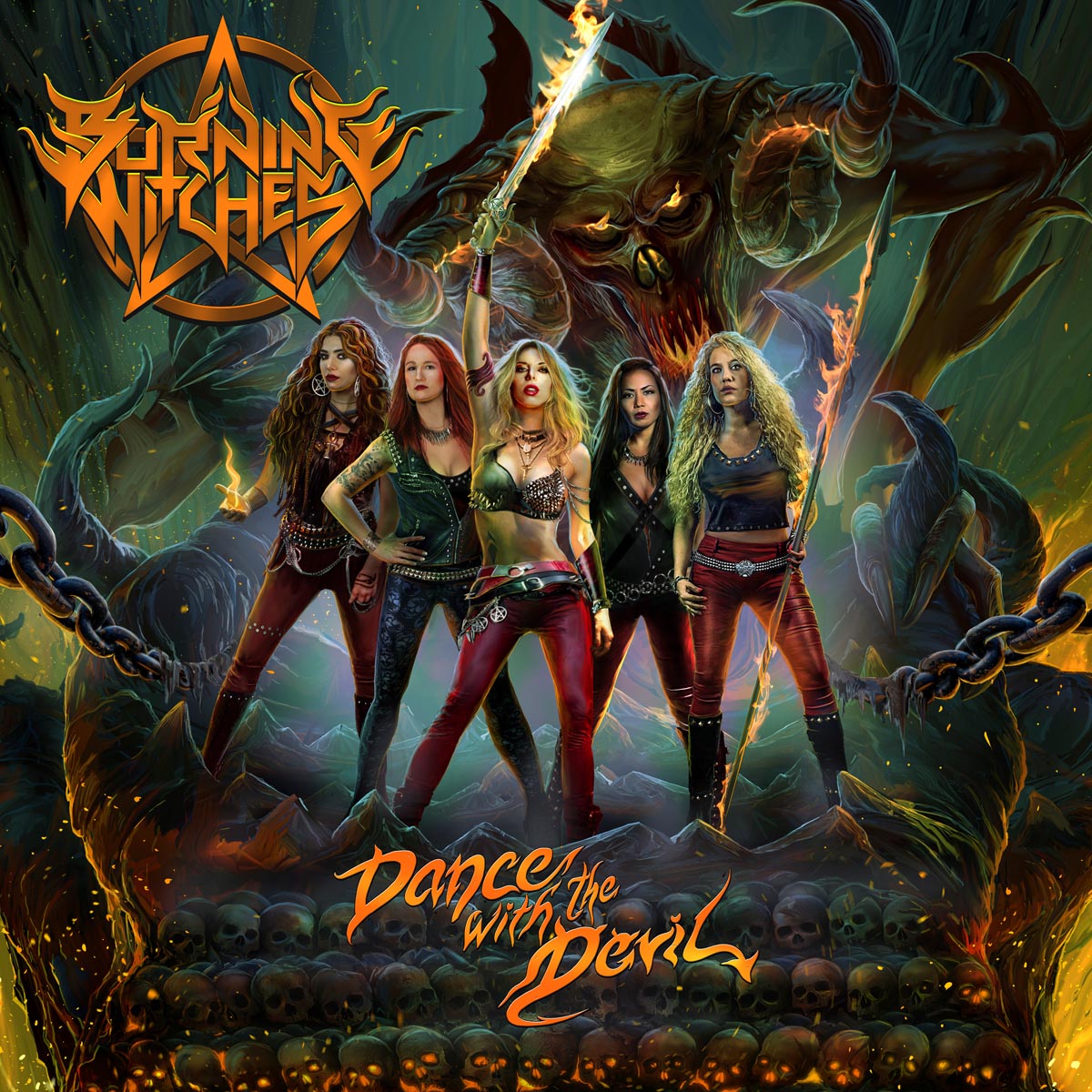 “Dance With The Devil” Album Artwork

As alluded to earlier, there is a strong degree of nuance and contrast in this album’s presentation, and this outfit tends to shine even more brightly when deviating from the impact factor of their generally faster material. The token power ballad “Black Magic” presents a surprising level of vulnerability and beauty in what is otherwise a bestial metallic affair, dovetailing with the consonant and haunting character of such noted 80s examples as WASP’s “Sleeping In The Fire” and the poignant Lita Ford hit “Lisa” (technically an early 90s offering). The almost AOR-like character of title anthem “Dance With The Devil” proves an equally interesting change of pace, showcasing some of the more impressive technical guitar displays on the album and mixing some Ratt and Dokken elements into their Judas Priest-dominated template. But much like their previous studio outing, this LP’s coup de grace is the brilliant cover of an old school classic, in this case Manowar’s “Battle Hymn”, including a cameo appearance by both Ross The Boss and Mike LePond in a ceremonial passing of the torch moment that gives an already biting and intense rendition greater credibility.

Often when a band trades out a front person on their ascent to greater exposure, the results can prove to be polarizing, as noted in the comparable cases of Bruce Dickinson replacing Paul Di’Anno and Graham Bonnet stepping in for Ronnie James Dio. In the case of Burning Witches, it’s less of a drastic shift in the band’s sound and more an equally proficient figure with maybe a slightly edgier presentation picking up where the former left off. Suffice it to say, those who were taken in by the fire and fury of this band’s debut and their previous Nuclear Blast-backed outing “Hexenhammer” will find the same level of sonic splendor with maybe a little extra bite for good measure. Gimmicks are few, but the credibility factor here is definitely firmly in place, and those who remain skeptical about this band due to the label that backs them can take this album as an example that things have changed in recent years, as if Primal Fear’s return to the Nuclear Blast roster wasn’t proof enough.

“Dance With The Devil” Track-listing:

Those who recall the glory days of denim and leather that made the 80s the decade of metal will find this Swiss sisterhood of things fast, heavy and traditional a fitting successor to the legacies of Warlock, Chastain and Zed Yago