A dragon’s evolution is a gradual one.

Undaunted by changing lineups and grand strides of stylistic evolution that border on subgenre-hopping at times, the Swedish power metal institution that is Bloodbound has entered its 15th year of existence with another grand excursion into the realm of high fantasy exploits. For the uninitiated, the place where their story began was a good bit different, being somewhere along the lines of a musical answer to fellow Swedish metal stars Dream Evil with Urban Breed at the vocal helm (fresh off his legendary stint with Tad Morose), yet sporting corpse-paint and a darker lyrical direction. The various musical twists and turns that followed arguably owed to a revolving door of lead vocalists given Urban’s then newfound mercenary tendencies as a band member, though even with the entry of a stable lineup following the entry of former Dawn Of Silence vocalist Patrik J Selleby the next couple albums to follow saw a multiplicity of conceptual tendencies and divergent sonic flavoring within the power metal paradigm.

Following the release of 2014’s Stormborn, an obvious nod to the hit television series Game Of Thrones, an air of consistency began to form around this band’s sound that has endured to an extent ever since. All the same, in comparison to said album and its 2017 follow up War Of Dragons, this year’s entry in Rise Of The Dragon Empire does offer up enough of a contrast in musical content to fit in well among their highly diverse back catalog while maintaining the same consistent high fantasy demeanor. The high fidelity production and fairly simplistic songwriting structure that is presented continues the previous album’s commonality with the vastly popular, anthem-oriented splendor of Swedish fellow travelers Sabaton and Civil War. Nevertheless, in direct contrast to the swift-paced, almost Gamma Ray-infused speed metal tendencies of War Of Dragons, the pacing and riff work on display here is notably toned down and geared in more of an middling, old school heavy metal vibe.

Perhaps the best way to describe this shift in feel is as a more direct emulation of the same straightforward, pomp-infused sound that Sabaton has used successively since the mid-2000s, touched up with a dense keyboard-driven symphonic backdrop and an almost folk metal-like gloss indicative of an Equilibrium or 90s Blind Guardian influence. This approach is basically shoved right in the listeners face with the mid-paced, folksy campfire romp with guitars and keys roaring opener and title song, hitting maximum crowd participation potential during the chorus and otherwise keeping things very easy to follow. Somewhat similar presentations of sonic largess at a reasonable tempo include the somewhat more bombastic military march feel of “Skyriders And Stormbringers” and the dense splendor and epic feel of “Magical Eye”, though the lead guitar work gets a tad fancier than usual during the solo sections. Along with similar slower-paced marvels like “Blackwater Bay” and “The Warlock’s Trail”, the overall ebb and flow of this album seems geared towards the former in terms of pacing. 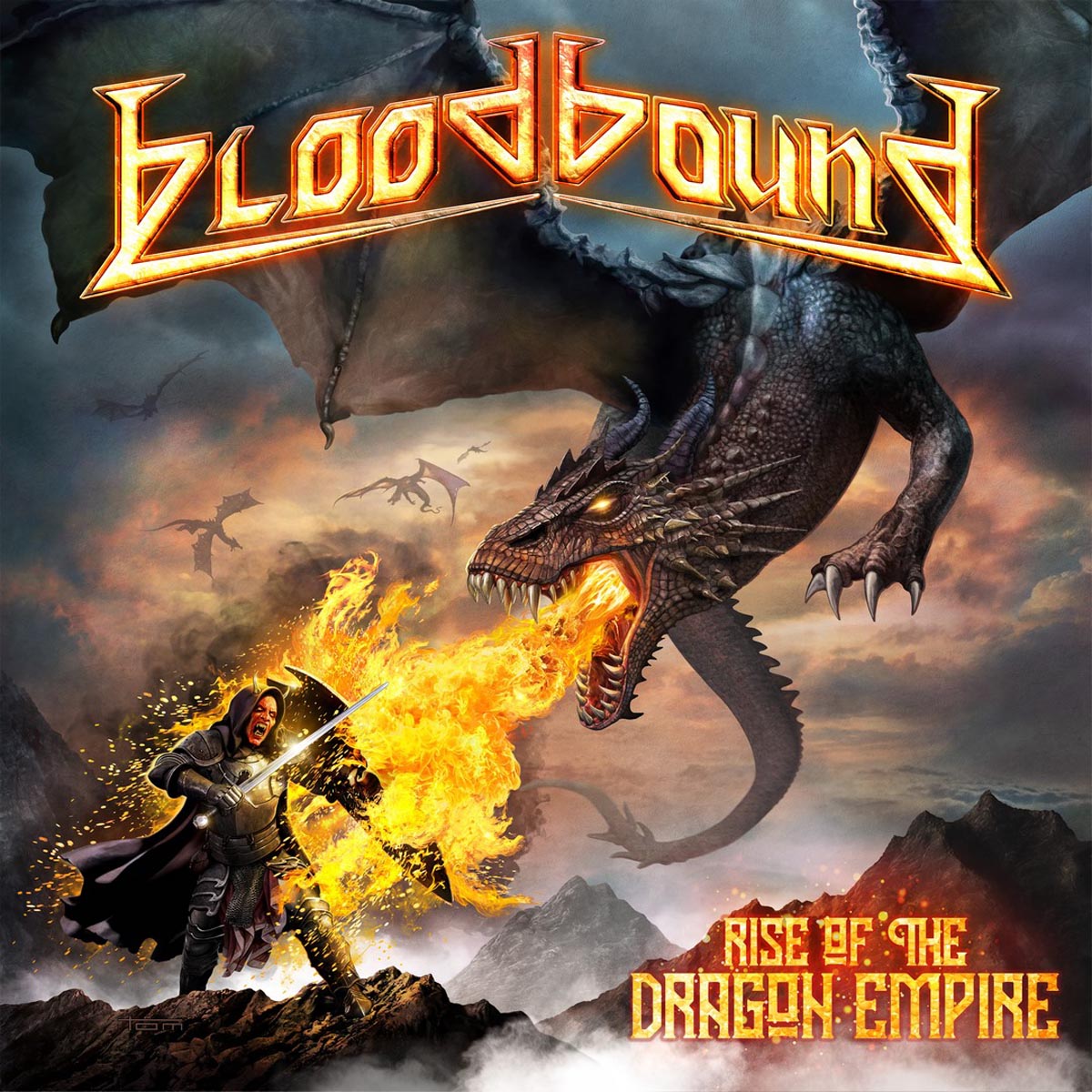 Not being a band to fully box itself into a singular expression within a single album, there are some points where the relatively safe mid-paced fair gives way to a few songs that are a bit more dynamic and climactic in character. Playing off a similar speed metal format that hit all out pay dirt on the last album, the riveting anthem “Slayer Of Kings” hits the afterburners and also drags things out a bit longer to allow more time for nuance and contrasting moments. Also hitting speed metal territory but in more of a Primal Fear mold and keeping things a bit more uniform stands “Balerion”, while a handful of reasonably fun upper mid-paced rockers in “Giants Of Heaven” and “A Blessing In Sorcery” mesh a Hammerfall feel with a lofty Sabaton sound to strong affect. But even on the more high-impact offerings found on here, there is a heavier emphasis on atmosphere and melody over fancy riff work, the latter being somewhat compensated for with Tomas Olsson’s shred-happy solos occasionally rivaling Malmsteen in the technique department.

As an overall package, it could be argued that this is the safest thing that Bloodbound has put together since their banger-oriented first outing with Selleby at the mic, namely 2011’s Unholy Cross. It’s a bit more in the direction of the current craze of straightforward songwriting and a side of folksy melodic craftsmanship than the old style heavy metal character of said album, but it has a similar emphasis on grabbing its audience with an effective hook while toning down the bluster and battery of the drum work that was a staple of power metal during the early millennial period. It is the weaker side of the current sound that this band has largely stuck to since Stormborn, at least from the standpoint of overall intricacy and staying power, grabbing the ear immediately with an effective combination of grandiose textures and catchy shanty tunes, but tapering off on the impact factor upon repeated listens. It functions more like a prequel to War Of Dragons, being a slow build up comparable to The Fellowship Of The Ring before getting to the non-stop action of The Two Towers and The Return Of The King, but it still gets the job done.

“Rise Of The Dragon Empire” Track-listing:

The river where these Swedish dragon-riders tread follows the ever-changing example of Heraclitus’ rhyme, though in recent times an air of consistency has arisen to put the Sabatons and Civil Wars of the world on notice