An oath sealed in the grand arena.

Old tricks are usually the best tricks, or at least that’s about how General Munro saw things when explaining the plan to save to world to Korben Dallas in “The Fifth Element”. This isn’t so much to suggest that metal cannot or ought not to evolve, but generally the simpler the presentation, the greater the audience draw. Few have understood this better than Swedish power metal outfit Sabaton, who have raised the idea of delivering a streamlined, hook-driven anthem with a singular theme to an art form and made a sizable name for itself in the process. Nevertheless, they’ve had a fair bit of competition of late courtesy of fellow countrymen Bloodbound, particularly since the release of 2014’s “Stormborn”, kicking off what can be best described a dragon-themed series of studio efforts that stake a claim on the famed George R.R. Martin penned series comparable to Blind Guardian’s ongoing de facto ownership of Tolkien and Arthurian legends within the metallic medium.

Despite spending much of their formative years shifting their musical identity and often also their front man; things have settled into a fairly stable niche of bombastic yet super-catchy metal fanfare since acquiring lead vocalist Patrik J Selleby. In what can be best described as a move comparable to the one that Dio made when releasing the famed “Intermission” EP in the midst of the “Sacred Heart” tour, this outfit has opted to chase their 2019 smash “Rise Of The Dragon Empire” with a somewhat similarly styled EP in “Bloodheads United”. It differs slightly from its object of comparison in that it isn’t demonstrating the prowess of a newly recruited member to the fold, so much as it introduces a new anthem into the band’s highly expansive repertoire, as well as a series of live offerings that recap where they’ve been since Selleby entered the fold. It’s a stylistically mixed affair, but also one that flows quite effectively, like a brief trip down memory lane from the present decade back to the beginning of the previous one. 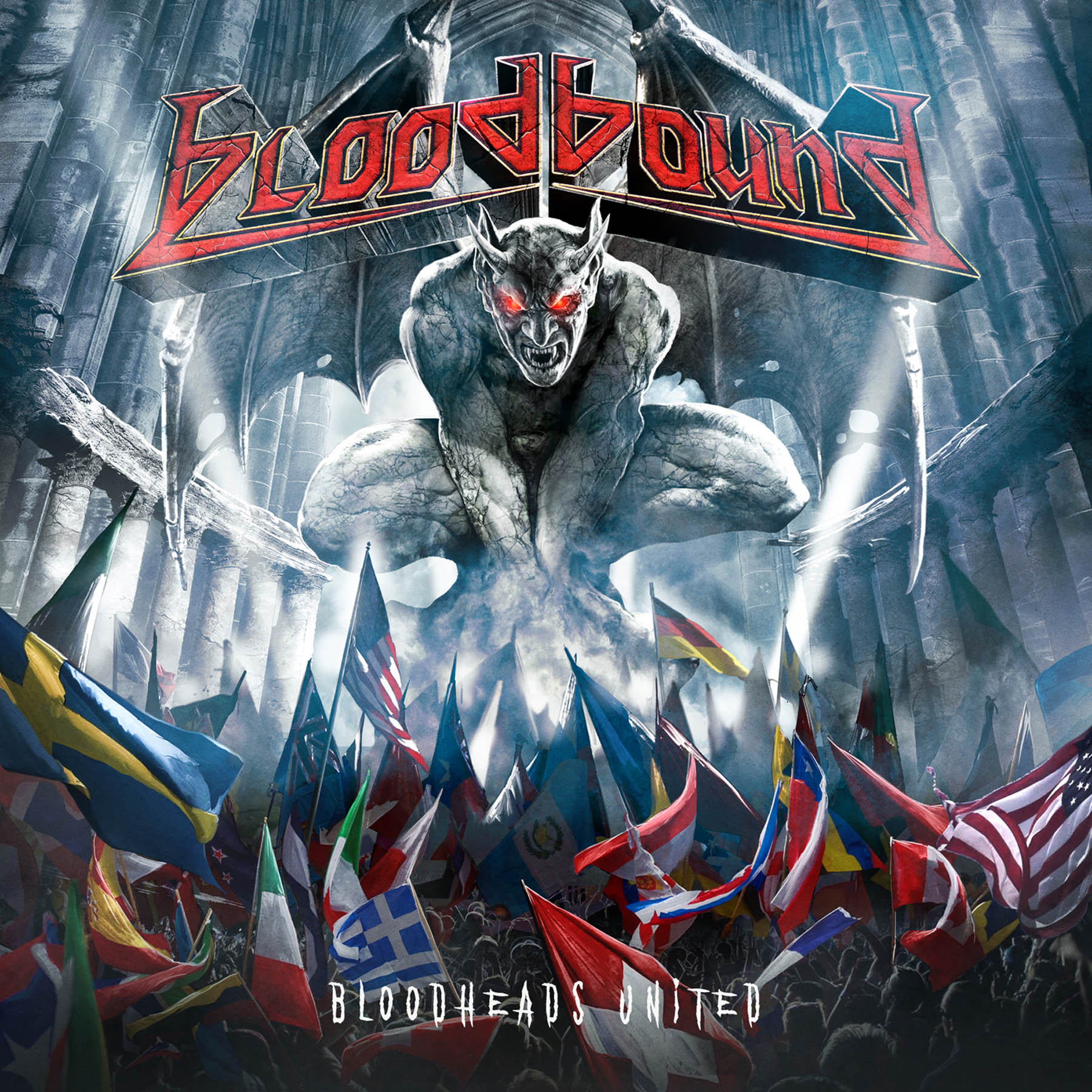 Though this is a fairly brief and by the numbers offering for any prospective listener with a basic familiarity of where Bloodbound has been since 2011, it’s an energetic ride with plenty of fist-raising moments for the power metal faithful. The title song can be best described as a celebratory ode towards the audience, possessing that sort of mid-paced punch with a prominent keyboard presence that has been all the rage since “Primo Victoria” first hit the shelves in 2005. There aren’t many technical gymnastics or jarring twists in the musical arrangement, but between Selleby’s soaring vocals and a strong sonic battery at his back, this song just works in a way that reminisces of where Hammerfall was back in the early 2000s. The accompanying live offerings similarly play to Selleby’s strength as a front man, with the high flying speed of “Battle In The Sky” and the swift gallop of “Moria” proving equally enthralling even with the accompanying crowd noise, though the old school metallic swagger of “In The Name Of Metal” is where this animated helmsman really lights up the stage.

There aren’t really any surprises to speak of on this bite-size morsel of metallic splendor, nor is this something that could be qualified as a game-changer, but it will undoubtedly play quite well to the already converted. It definitely hints that Bloodbound has no immediate plans of deviating from the stylistically consistent path that they’ve been on for the past 6 years, save maybe that the lone studio song to be found on here might be hinting at a slight return to the days of metal praise after the mold of Dream Evil that was on full display on 2012’s “In The Name Of Metal”, at least from a lyrical standpoint. Newcomers may want to experience one of the previous two studio LPs before hearing this, but it’s something that any fan of stripped-down, traditionally-tinged power metal can appreciate. Play it loud, play it proud, and don’t be alarmed at the burning cities in the distance.

Following a streak of bombastic fanfare with a significant side order of Game Of Thrones trappings, Swedish power metal veterans Bloodbound pull no punches in this brief intermission between epic dragon wars