The Latvian-based Sliptrick Records has been fairly active in scooping up unconventional acts from both sides of the Atlantic of late, and sub-genre distinctions seem to be incidental in their choice in new adherents. One of the most recent entries into their ranks is a young and obscure quartet known as Blood Of Angels, hailing from the once central hub of American death metal Florida and sporting a style that is loosely understood as melodic death metal, but can be more accurately explained as an eclectic take on the entire metal genre. The traditional borders that tend to separate the old school death metal crowd from the modern death ‘n’ roll and melodeath cliques don’t really apply to this outfit, yet they have an air of familiarity to their presentation that makes their sound accessible, if perhaps a bit all over the place.

With a three song EP based around Nordic mythology under their belts in 2017’s “Rise Of The Fallen Gods,” a broader subject regarding the general scope of religion and history is tackled on this band’s debut LP “Failure Of Faith,” with a correspondingly varied musical collage surrounding it. The largest influence upon this album’s sound is best described as the umbrella of Cannibal Corpse, meaning that in addition to adhering to the thrashing old school sound implied in both the past and present incarnation of the band, also includes a fair bit of similarities to the brutal yet melodic sounds of Corpsegrinder’s now dormant side-project Paths Of Possession and the groovier, stripped down ruggedness of Six Feet Under. This trifecta provides a general foundation upon which this album works, yet is adorned with a plethora of stylistic deviations that often veer clear outside of the death metal spectrum.

Though not a conceptual affair in the proper sense, this album is structured in a similar fashion to convey the unifying lyrical theme that permeates what is musically a fairly non-unified product. Kicking off with a serene and dense instrumental prelude and title song “Failure Of Faith” that is driven by a flowing acoustic guitar line and synthesizer-driven background, this LP’s flaws become immediately apparent soon after. The blackened tremolo riffing that ensues with the entry of “Monotheist” are highly effective and indicative of a Swedish influence after the mold of the war-like sound of Marduk and Dark Funeral, but the production takes a proverbial nose-dive as a massive and triumphant prelude gives way to a thin and unbalanced mix with the vocals towering over a dry and tinny drum production and a distant guitar and bass presence, marking what is otherwise a powerful song with a botched attempt at channeling the archaic sound of the mid-90s Scandinavian 2nd wave. 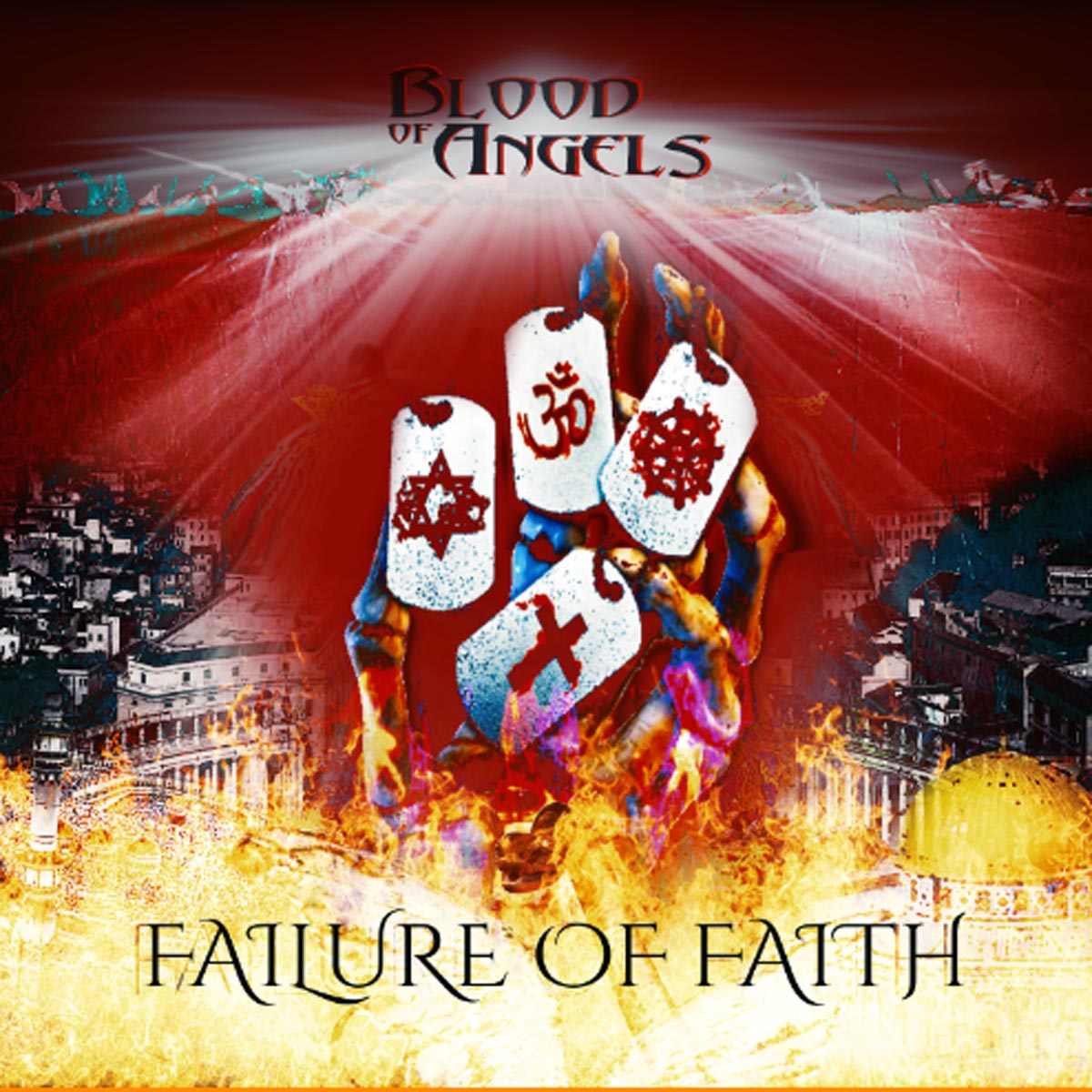 Sadly, the production issues prove to be a persistent hindrance as one song leads to the next, marring an otherwise apt performance in the process. Whether it be the Cannibal Corpse-infused brutality of “40 Year Journey”, the technical flourishes and groovy mysticism of “The Messenger”, or the progressive rhythmic shiftiness and jazzy dissonant of “King Of Hops”, one is simultaneously captivated by the elaborate presentation of the instrumentalists and by vocalist Randy Reyes’ ability to adapt his voice to fit the individual character of each song, but also repelled by the lack of unity in sound that exists between each moving part due to how everything has been mixed. Taken individually, the groovy death ‘n’ roll interpretation of Motorhead’s “I Don’t Need Religion” and the doom/gothic tone of epic closer “American Mythologies” (which features Reyes doing a brilliant baritone clean vocal line over a more subdued segment of the song), suffer the least, but still want for a meatier, more organized mixture of timbres.

Far from being a bad album, the best way this could be summed up as a missed opportunity at greatness. It isn’t so much that the rustic, low fidelity production approach is an inferior one as many seminal classics in both the death and black metal style of the 80s and 90s were typified by such a sound, but more so that the clashing of larger sounding clean segments with the smallness that ensues when the distortion and drums kick in only serves to puzzle the ears. Each member of this fold proves to be a highly competent contributor to what has the potential to be an interesting hybrid of various sub-genres, but they would be better served by revamping their approach to post-production to better focus their talents. Those whom aren’t sticklers for a polished, modernized sound and like their extreme metal to keep them guessing will find a decent listen here, and one that has the potential to become far better in the coming years if a few needed tweaks are made.

Arising from the quirky and unconventional world of American melodic death metal, this Jacksonville-based quartet opts for a more rustic and traditionally based metallic assault that registers strong in execution but wants a bit in the final result.