The concept of the super-group, while not new, has evolved a bit since it was dabbled with in the 60s and 70s. From Cream to ELP to Asia to The Traveling Wilburys, the super-group has always been a productive outlet for both record labels and rock stars either looking for a momentary change of scenery, or a new direction following a breakup. While they seem to have fallen out of fashion from about 1990 on, in recent years, some labels, such as Frontiers Music, have been reinvigorating the idea, albeit with mixed results. Whereas in 1980 a recording producer could play Nikola Tesla with a lab full of exciting new elements and concepts, today that is less so the case. It may be less Tesla, and more of opening up the pantry to see if there is anything to throw together which may resemble dinner. In fact, sometimes today when semi-retired veterans are put into a studio to do an album, many songs feel a bit like reheated leftovers, perhaps unused ideas from yesteryear which may have been better left on the cutting room floor.

Such is not the case for the mad dauntless bastards at Frontiers, who next week bring us a wicked brew in the form of Black Swan, a band comprised of Dokken bassist Jeff Pilson, MSG vocal powerhouse Irishman Robin McAuley, and Matt Starr: Fu Manchu-rocking drummer of Ace Frehley and Mr. Big. Last and most definitely not least is Reb Beach, perhaps the most criminally underrated guitarist alive, in terms of frightening raw talent versus proper recognition. Reb is best known as a founding mastermind of Winger, but also has tenure with Dokken, Night Ranger, Whitesnake and others. Their 2020 debut offering, “Shake the World,” seems determined to do exactly that. It’s big, it’s heavy, and unapologetic as a rocker with old school bona fides.

The album opens with a track of the same name, bludgeoning the listener with slow, plodding kick drums and floor toms. Thump. Thump. Thump. THUD THUD. Reb elbows his way into the mix with some drop-tuned distortion guitar a la “Junkyard Dog,” before Pilson’s loud-and-clear bass and McAuley’s NWOBHM grit command full attention. What is so fun is that immediately one can hear so many favorite elements of great rock coming together just in this song alone. The writing feels like Pilson and Reb’s Dokken background, combined with later-era Winger writing, and a telltale Reb Beach guitar solo, so identifiable to anyone who knows it.

The second song does not quite have the frantic tempo of the opener, but “Big Disaster” is huge and heavy, with some of the coolest rhythm guitar tones and one of the best choruses on the record. It’s got the same blues-metal earmarks as Reb’s solo “Masquerade” album (definitely check it out), and Starr’s tasteful application of hits really makes the song. Sometimes less really is more. The third track, “Johnny Came Marching,” carries much of the feel of “Winger IV”, not only musically, but also the willingness to address the hardships of grunts deployed and returning as combat vets, finding life forever changed. The pre-chorus is truly a thing of harmony and beauty, and Reb’s signature three-fingers plus right hand legato tapping can be heard in all its glory in the solo. 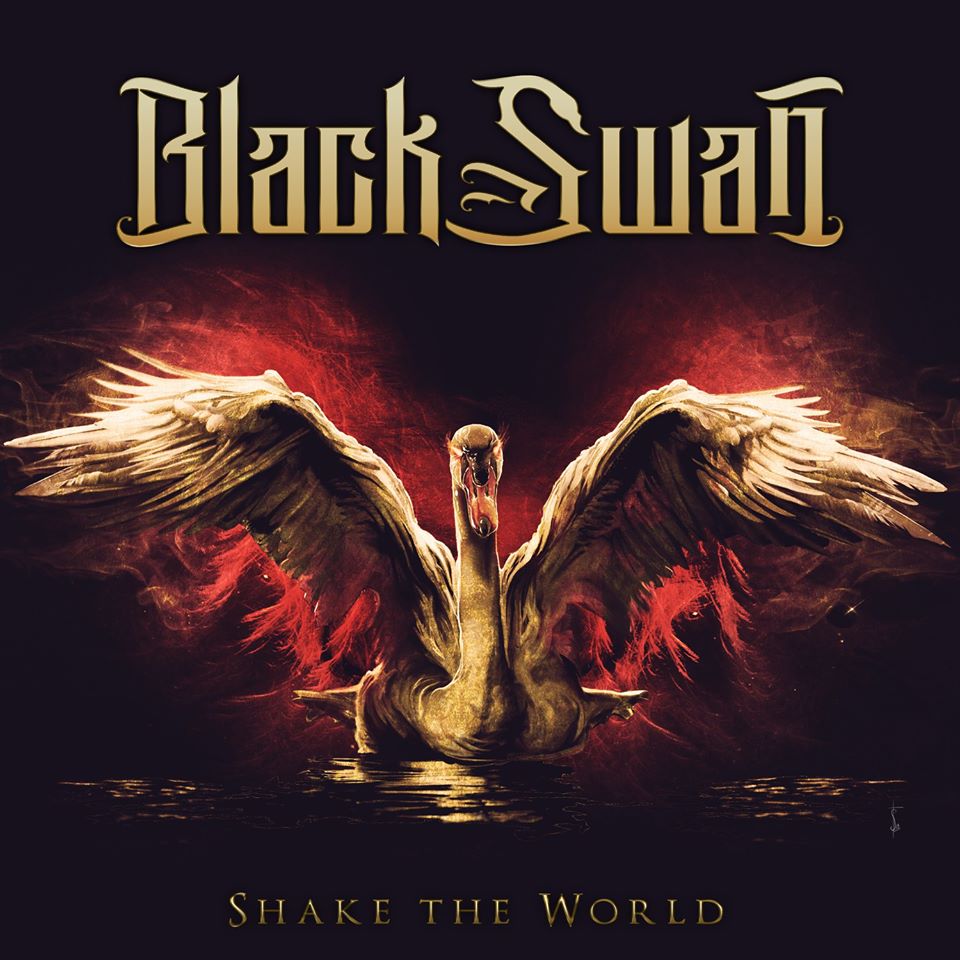 The fourth track, “Immortal Souls,” changes up the formula a little bit. It’s perhaps most comparable to Bon Jovi, but it has other cool and unique things happening. There are experimental instrumental trancey-jammy bits, and nice vocal effects on Robin’s vocals in post, along with a cool gang vocal outro. The fifth track, “Make it There,” continues to keep the variety going, in the form of a low-gain ballad in Bic-in-the-air tradition. While it fits the bill for the “Monster Ballads” CD sets we used to see advertised on late night cable TV, it has enough modern sensibilities to remain both relevant and refreshingly listenable. The feels of “Don’t Know What You’ve Got,” without the sensation of “I have heard this two thousand times before.”

“She’s Onto Us,” the sixth offering, is a great example of Reb Beach unleashed. Whereas he may have never had the golden boy status in Whitesnake enjoyed by Doug Aldrich, Reb is very much his own animal, and capable of writing some of the sickest riffs in the business. The fun part of this song is how it alternates between Reb’s chugga-chugga-wugga riffs, and the jangly tambourine time found in the chorus. Jeff Pilson’s role as producer-engineer becomes even more apparent in “The Rock that Rolled Away,” because immediately the sound of the bridge pickup of his bass being smacked to death is front and center in the mix, and you know, it’s fun and refreshing in a Sheehan sort of way. The bass is such an important instrument to rock albums, and it should never be buried a la “Justice.” Aside from bass, this song has a great bridge from the chorus out to the end section of the song, combining a blistering guitar solo with grand piano and wonderful vocal harmonies.

Strap yourself in for “Long Road to Nowhere,” a song which is some sort of terrifying lovechild of “Barracuda” and Dokken’s “Kiss of Death.” Natural harmonics on the guitar set the tempo for an onslaught of drums and bass, before settling into Robin’s flawless powerful soaring grit. Strangely, the lead guitar parts coming out of the chorus are a bit “Eleanor Rigby” (I look at all the lovely people). Somehow it all comes together and works really well as a whole song. This is followed by “Sacred Place,” which opens with a gentle blues lead, which could be equally Satch or Tak Matsumoto. Once the rhythm and percussion kick in, the song remains a bit of a blues-based ballad, but it’s still a rocker all the same. Speaking of Eleanor, the track “Unless We Change” opens with a nice string quartet, primarily cello, but only for about 15 seconds before going borderline Primal Fear on us. This song is a nice example of how even what seems like a straight-up classic metal tune changes musically throughout, shifting into minor vocal choruses, going back to the main groove, shredding eardrums with Reb’s leads, before Matt Starr goes all tribal on the toms, and the song shifts into yet another atmosphere again. The album closes with “Divided United,” which starts with some more beautiful piano care of Jeff Pilson, before guitar and vocals join gently. We heard from the label that Jeff Pilson ran home after seeing “Bohemian Rhapsody” in the theater, and immediately sat down to the piano to write what he was feeling all over, and if we had to guess, this is that song. The piano itself is borderline-Rhapsody, and McAuley delivers soulful vocals which would seem to support such an homage.  The song builds into a rocker before metamorphosizing a few more times into a classic rock tambourine sendoff.

This album is a killer. In fact, it has its very own crime scene. We dusted for prints, and while we believe McAuley and Starr to be accomplices, we found the fingerprints of Jeff Pilson and Reb Beach all over this thing. The prosecutor believes it to be an open-and-shut case of producing one hell of a record. In 2005, when Reb Beach made an album called “The Mob” with Dug Pinnick, we asked Reb about the making of the album, and when producer Kip Winger wasn’t putting his Julliard dance background to use during Reb’s riffs which sounded way too much like “Smooth Criminal,” he was unapologetically reading over Reb’s song ideas and tossing them aside. “Nope. Nope. Nope. Maybe. Nope.” We listen to Black Swan now, and we can only think that tough love from Kip is ingrained into Reb’s DNA, and he is only bringing his premium top-shelf ideas to the project. There is not a bad song or a boring riff to be found on this record. Between the musicianship of all four members, the writing experience of Reb, and the production chops of Jeff Pilson, it all comes together to really shine here. At the end of the day, whether you are a hardcore collector of old-school hard rock and metal, or just want a great well-rounded rock album, you’ll want to check this one out. It hits on 14 February, so treat yourself to a valentine gift.

This is it. This is what happens when veteran songwriting, ear-pleasing production, and world-class musicianship come together in just the right way to make something special. The ideal vocals of Robin McAuley, the rhythm of Starr and Pilson, and just about the best guitarist on earth Reb Beach. Yes, this one is essential if you are into MSG, Dokken, Winger, Whitesnake, etc, but it’s essential listening for any discriminating rock and roll aficionado