Now that we’ve wrapped up our Best Of lists for 2019, we decided to start the progressive rock crusade of 2020 with one release that flew under most everyone’s radar: Bill Bressler’s album “Normal Boy”. That’s understandable, given that this self-released album hailing from New Jersey was not from a known name in the prog world or with large-scale distribution. But better late than never, and the material within proves worthy enough to make good on this overlooked gem. Keyboard-dominated, melodic and accessible, Bressler has culled an array of 70s influences to offer his own modern take on the genre, much in the way that Magenta, Spock’s Beard or Echolyn have done. Without a full-time band at his disposal, his reach and ambition may not stretch as far as that of those artists, but he does invite talented musical friends to flesh out the offering. Regardless, the bottom line is that the songwriting is fun and engaging, making it worth not missing out on for another year.

“Fits and Starts” begins much in the way many Neal Morse compositions would: a solitary piano offers a captivating opening theme before the band fully kicks in with synthesizers at the fore, and away we go. Strong melodies are out front and center, and any fans of Transatlantic and Spock’s Beard will feel right at home. If you enjoy this style of progressive rock, it doesn’t get much more classic than this. “Normal Boy” offers an anthem for every teenager growing up in the 80’s, encapsulated in the cover photo of a young Bill Bressler. Yeah, I can relate. Synthesizers and piano mix well with jangling acoustic guitar strumming to make for a satisfying prog pop single. The confusingly-titled “Guitarist” actually starts more as a Tony Banks electric piano piece with ARP synthesizer vocals, but reveals the subject matter later on with the lyrics, “Guitars always made me jealous, though I liked the sounds they made. While I was practicing piano, the guitarist he was always getting laid!” Nevertheless, the song itself proves the importance of the keyboardist, with deliciously layered synths and organ solos.

The centerpiece of the album comes in the form of 12-minute mini-epic “The Walk” which starts with Emerson-like fanfare and even some Howe-ish guitar soloing. Stephen Goldberg offers the best vocals on the album to tell the tale which traverses through the streets of New York City during a blackout. The journey progresses through several different musical sections – 6 of them! – all unique and engaging. Whether it’s a talk box solo (through a KORG, not a guitar) over a funky beat, multi-layered vocals in verses and choruses, or lush symphonic grandeur cascading through a 3/4 tempo, Bressler proves that he can pull off a longer-form piece with the best of them. 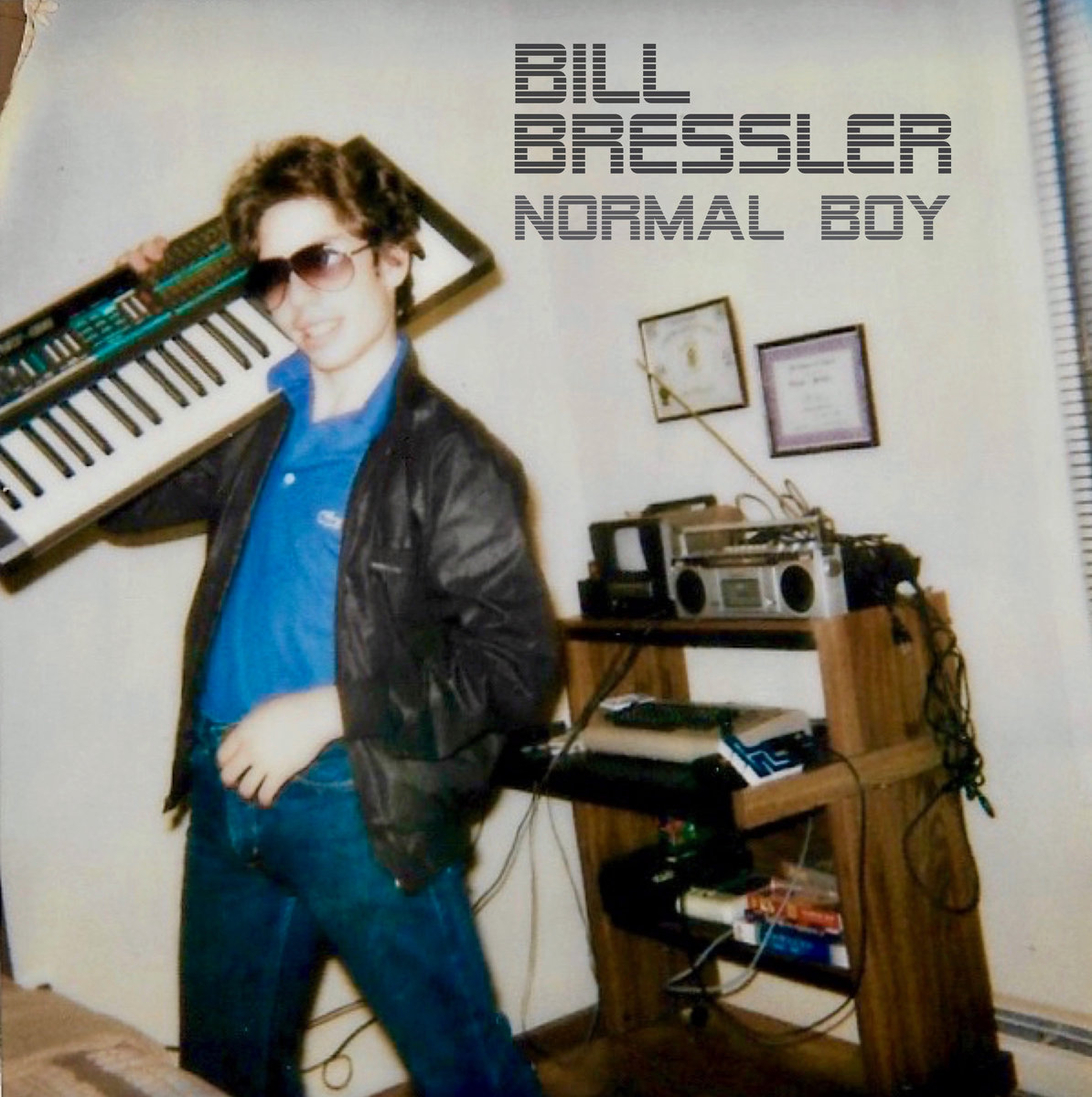 At this point we’re just 24 minutes into the album, so it’s a bit confusing to already be faced with a song called “A Little Song (Before We Go)” followed by “Reprise of a Sort”. The titles sell the songs themselves a little short because there’s plenty of substance therein. The little song could be Billy Joel going prog in a blaze of fury (and I mean that in the best of ways), complete with emotional guitar trading licks with the lead synth. And while the last piece is indeed a “Reprise” of many previous themes, this creative and well-developed three-part finale would benefit from a more creative name like “Los Endos”.

While the music and arrangements are rewardingly impressive throughout, part of “Normal Boy”’s charm is it’s every-man, or every-boy, approach to lyrics. Being an autobiographical tale of a very ordinary life, there’s no drama, allure or mystery here. The title track puts it very plainly: “I was born into the suburbs, had an average uneventful kind of youth. Playing baseball and Atari, got a dollar every time I lost a tooth.” If you think that’s straight-forward, the lyrics for the 12 minute prog-epic are downright pedestrian. I mean that quite literally: “The Walk” chronicles the author’s journey through a blacked-out metropolis with alarming obviousness: “Subway’s down, can’t get a cab, Looked like I’d have to walk home from Sixth Avenue and 25th to Brooklyn.” There’s an inherent sense of dry wit built into Bressler’s lyrical approach which brings balance to his vision for progressive arrangements. A few places on the album also feature Bressler’s none-more-normal lead vocals and while he wisely brings in more seasoned voices for the bulk of the album, it’s somewhat refreshing and quirky to have his own voice tell his tale occasionally.

While we’re used to reviewing well-known artists and musicians here at Sonic Perspectives, we also like to champion the underdog. “Normal Boy” is one such recording. It’s available on Bandcamp for $7, which is surely worth your time and money. Like even more professional musicians do, Bressler has a normal day job and a normal family life, so making music like this is purely something done for the love of prog. If you’re a progressive rock music lover, do your part and enjoy the fruits of his labor. It makes the world feel a little less normal.

An unexpected diamond in the rough, “Normal Boy” features keyboard-driven classic prog rock with understated lyrics. Bill Bressler may not be a household name outside of his own neighborhood, but that’s more due to life choices than to talent. Well arranged and performed throughout, this is a thoroughly enjoyable album which hopefully will lead to bigger aspirations in the future.