I’ve long maintained that certain genres of popular music exclude bad musicianship by their very nature. These include jazz, country, classical, and metal. There are other genres that allow for a fair amount of slop, but these ain’t them. You simply cannot be anything less than a beast of a musician and play any of these genres to any degree of success. However, the quality of the songs is an entirely different – and to me, far more important – matter.

Connecticut-based quintet Archaic Decapitator is commemorating its twelfth year with an EP that indicates humble beginnings and strong ambitions. Opening like many recordings of this style do, with a quasi-symphonic intro, the decapitators-in-chief waste no time in showing their audience what they’re all about: wicked minor-key riffery, tight harmonies, meticulously-timed arrangements, and the occasional orchestral flair. Where Archaic Decapitator stand out most is with their use of unorthodox keyboard sounds, as on the interlude of “Cruelty of the Host Star” and at refrain of “Skyward.” How curious that keyboards earn no mention at all on their Bandcamp site or in their bio. 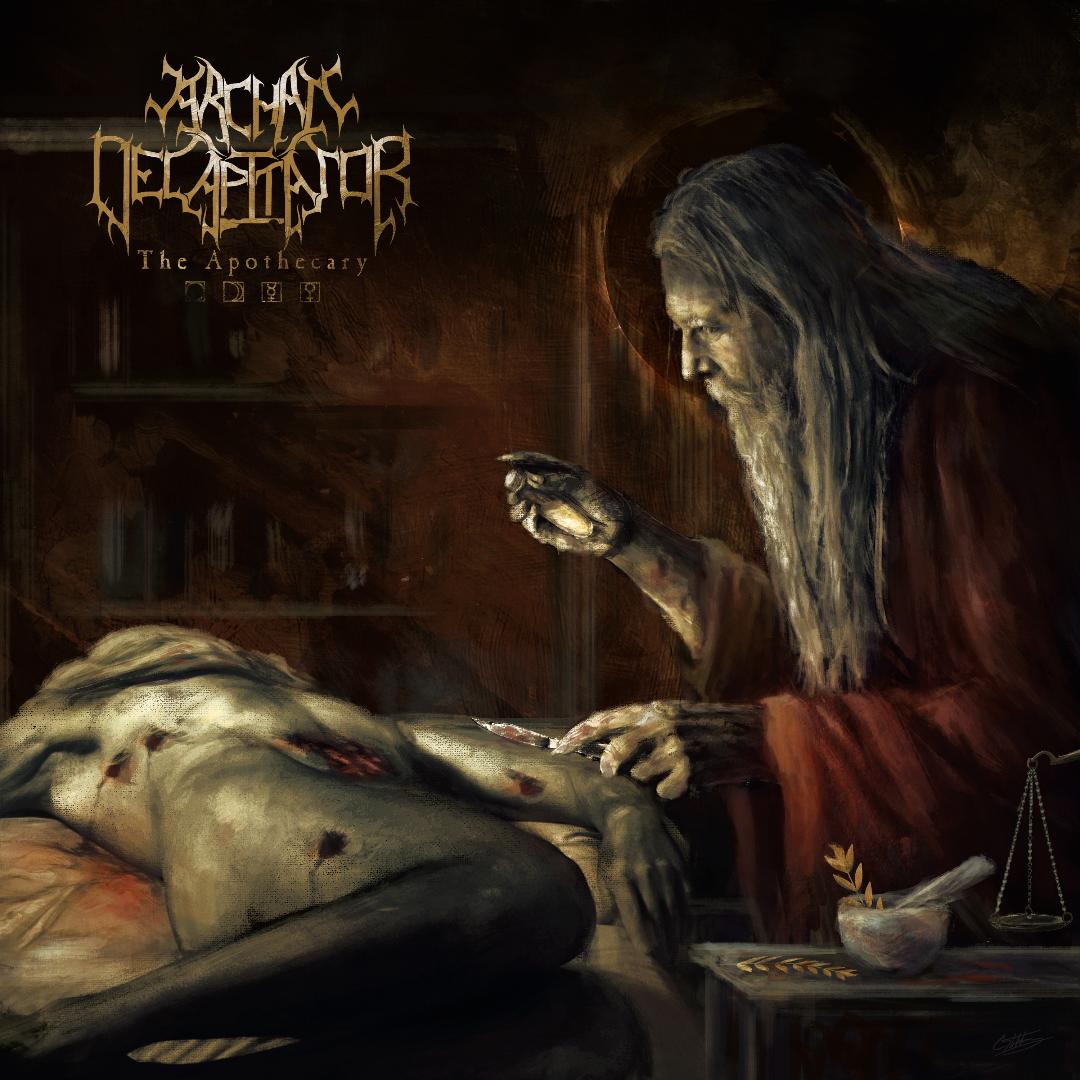 Which isn’t to say that Archaic Decapitator suck by any means. Quite the opposite, actually; Yegor Savonin bears the mark of a dude who’s spent untold hours woodshedding with his favorite Euro-shredders, and the uneasy tempo changes and eerie interlude in “Diminishing Returns” suggest a band tight enough to require a fair amount of Astroglide just to get them out of the practice space. Bassist Craig Breitsprecher delivers an especially commendable performance on that cut, strutting his chops leading up to and during said interlude in a manner that asserts his mastery of the instrument without hoarding the spotlight. The songwriting is on point throughout, and that title track is freaking excellent.  Astute metal fans might even find similarities to the Carolinian black metal band Dreamscapes of the Perverse, a band whose dormancy I’ve been lamenting for over a decade.  In fact, it’s hard to find a moment on The Apothecary that any fan of extreme metal would find objectionable. The problem is that it all sounds too familiar. I’m fully aware of my own biases in this regard, but my suspicion is that a healthy dose of boundary-pushing would really help put this laudable unit over the top. At its core, The Apothecary is Scandinavian-styled melodeath with flourishes of symphonic black metal of olde, a la Covenant.  It’s a sound that many, myself included, love, and it’s executed with enough precision to warrant a rabid audience.

Treading familiar territory does not necessarily mean you're just spinning your wheels. Many times, it means that the specimen if equipping itself for the next challenge that dares approach it. The finesse demonstrated on “The Apothecary” makes clear that Archaic Decapitator is a band squarely in the latter category