It could be said that Milwaukee-based technical death metal unit Ara is about as fierce of a force as there is in the current metal scene. Returning some five years after their full-length debut “Devourer of Worlds” was launched in 2014, Ara serve their finest work to date with “Jurisprudence.”

Aided visually with utterly astonishing album art by painter Eliran Kantor, “Jurisprudence” sees Ara taking their sound in all sorts of new, frenzied directions. The tech-death/thrash-y cross-breed they’ve touched upon on 2012’s “The Blessed Sleep” EP and aforementioned “Devourer of Words” is still the vertebrae of their sound, they just explore with melody and undeviating heftiness more than ever. While there’s certainly no lack of the nimble technical gymnastics on “Jurisprudence,” the tracks on the album are shaped leaving time to the listeners to breathe in between the blasts of sonic lunacy. There is no better illustration of this balance than on “Mythos.” Most of the song is unprocessed, pulverizing death metal before ending things with a hauntingly unsettling and dissonant guitar sounds. The recording’s amplified focus on riffs and ambiance over unbending technicality makes the band more intriguing to listen to.

The impetus for Ara‘s sound are guitarist Jerry Hauppa and singer Adam Bujny. The band is packed with flair all around, but it’s hard to refuse that Hauppa‘s guitarwork and Bujny’s deviant vocals are the main reason for Ara to cement their position as a band that will be on the radar in the coming years.

“Jurisprudence” is often staggering not only because it includes a number of songs which thankfully turn out to be a fine refreshment in the genre that from time to time seems to be lagging behind, but also because each band member seems to have done a lot of work on each of their respective instruments. Drummer Erik Stenglein comes across as a strong and powerful machine when rumbling through “Ashen” and “Abhortion.” The only instrument that seems somewhat shrouded by others is James Becker’s bass, yet this doesn’t spoil the record’s overall quality considering that songs smash speakers to molecules. 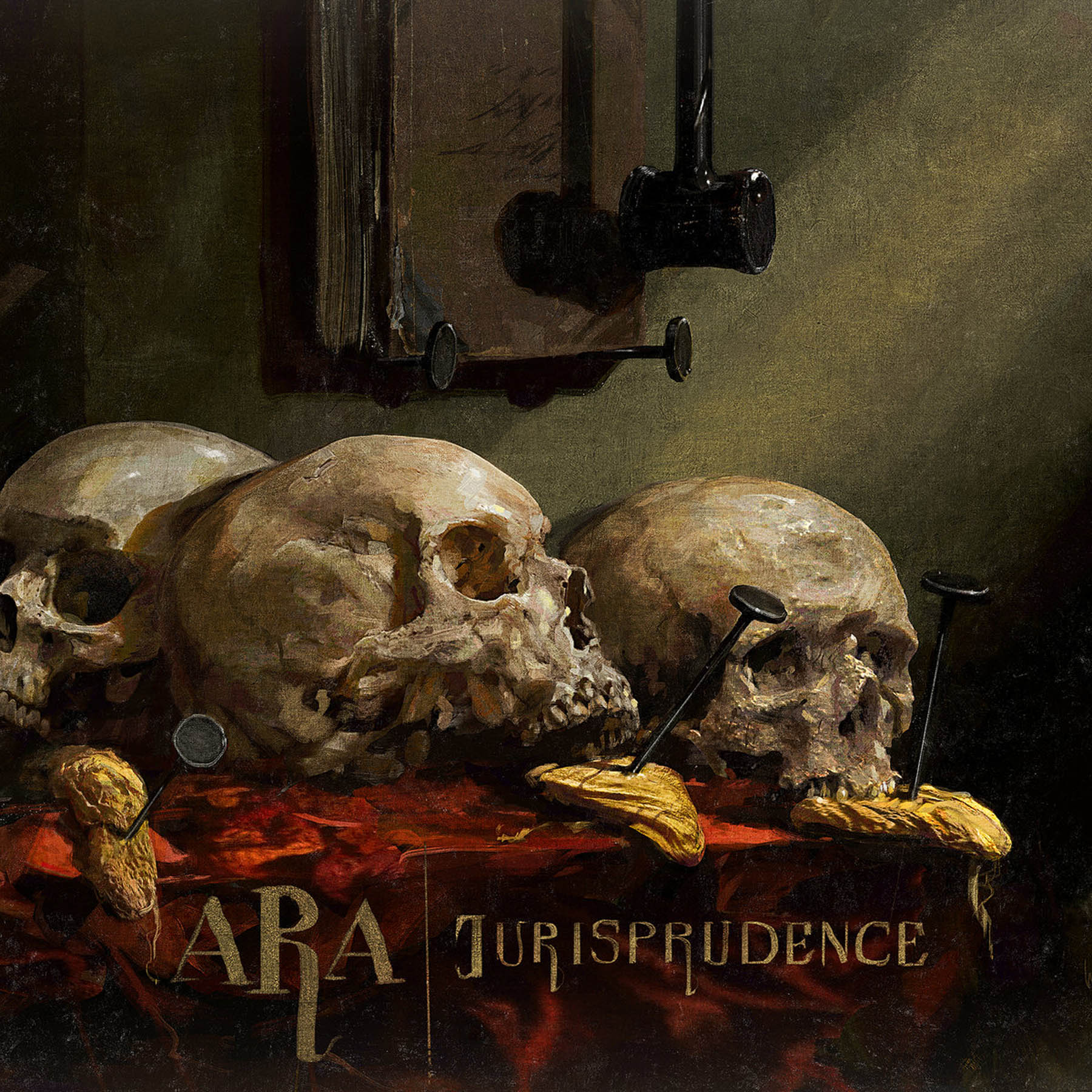 Ara‘s previously released material was filled with flamboyant solos and thrash metal riffs, but it seriously lacked variety. The band has rectified that on “Jurisprudence” with incredible skill by tackling everything from straight-up death metal (“Cytokine Storm”) to death-doom (“Etymologicide”) to technical burst firing in the title track.

“Jurisprudence” is an effort from a group that has come into their own and is producing music that feels unforced and very organic. Everything they previously achieved as a band has come to a climax with this nearly unblemished release. Ara have made necessary tweaks to their songwriting approach without immolating any of the intensity and ferocity of the death/thrash sound that hinted the potential the Milwaukeeans certainly have. This album shows that Ara aren’t afraid to branch out of their comfort zone, but their rock-hard technical foundation allows it a great deal of freedom in such campaigns. There is no doubt that their upcoming releases will be both somewhat unpredicted and totally iniquitous.

Ara are surely going to make major marks as a musical outfit if "Jurisprudence" is anything to go by, and there is absolutely no reason why any fan of extreme metal should miss this release out.