The quest for originality in the metal world has yielded its fair share of oddities, but 2020 may well have discovered the most blatant one in the entire genre’s 50 year history. This may seem like a hyperbolic statement in light of the many otherworldly entries that have come about in the past decade as certain derivations of progressive metal have branched out into more expansive territory, but there was definitely an undiscovered plot out there that was just recently claimed. Somewhere in Marseilles, France resides a one-man band going by the pseudonym of Listenangel has opted to concoct what can be best described as one of the most original and, frankly speaking, the most bizarre entries into the death metal sub-genre, rivaling the unique stylistic breakthroughs that were made back in the 90s via Death’s “Human” and Cynic’s “Focus”. Tapping the talents of a couple of unknown vocalists and drum kit destroyer and one-time Dying Fetus member Kevin Talley, his is otherwise a lone venture in redefining the very concept of death metal.

Having dubbed his own project Angel Rising and lending the same name to its debut LP, Listenangel handles the lion’s share of the instruments and vocal duties, carving out a path that is rooted in a broad vision of what death metal was 25 years ago. This is meant in the most general sense, subsuming the brutal, technical, groove and melodic subsets that were beginning to separate themselves from each other by the time 1995 rolled around. This retro-centered trunk is then adorned with numerous branches of progression, usually in the form of oddball keyboard sounds and unorthodox harmonic clusters in the guitar work. The production itself functions as an incongruity, most particularly as it relates the contrast between the dryness of the drum mix and the heavily distorted vocal sound, which sees Listenangel sounding almost robotic at times as he moves between various vocal characters ranging from an utterly brutal Frank Mullen to a slightly more garbled rendition of Max Cavalera. 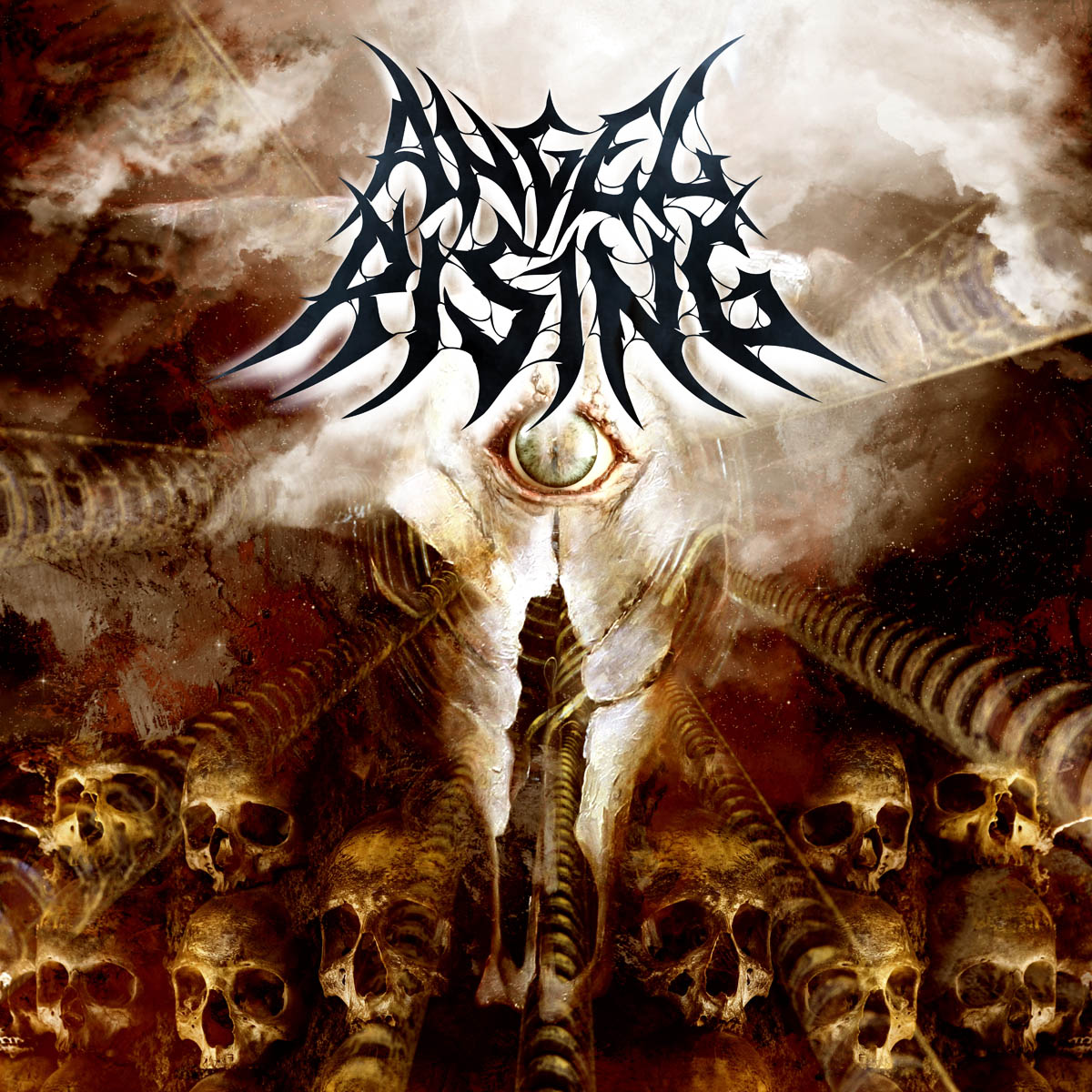 Though billed as a full length studio effort, this album feels a bit more like an elongated EP given its relatively short length, not to mention that the songs themselves come off as fairly streamlined despite being peppered with plenty of peripheral detailing. The mid-paced, modern groove/thrashing beast of an opener “Pull The Trigger” mixes elements of latter day Sepultura with some quirky industrial elements to a fairly strong result, while the noodling tech work with a groovy underpinning “Disgrace” sounds like the twisted offspring of a Gojira song with elements of a tech death entry out of Decrepit Birth played at half speed. Likewise, the slow-paced groove of “Tears Of War” could almost pass for something that Six Feet Under might have done back in the day were it not for the odd-time twists and the jump in tempo about halfway through that also features a guitar solo shred-happy enough to make Rings Of Saturn do a double take. This is all just the tip of a very oddly shaped iceberg, which is saying something given that only 6 of the 9 tracks found on here are proper songs with vocals.

What target audience this album is geared toward is anybody’s guess thought it wouldn’t be too much of a stretch to see some old school death metal fans going for it in spite of all the weird elements. It seems to be playing a bit to the recent string of stylistically ambiguous death/thrash bands out there like Revocation and Ouroboros and trying to reconcile them with the more traditionally rooted newer projects such as the several coming out of late with Rogga Johansson being involved. It wants for a fair bit in the production department, as the tinny sounding drums that are present on every song (other than “From The Grave To Light” which features Kevin Talley and is much denser) detracts a bit from the impact of the album, but the technical chops and songwriting abilities of Listenangel are very much on point. This will definitely be a project to watch in the coming years, especially if a studio upgrade occurs on subsequent albums

With a highly advanced skill set and a highly unique vision, one man from the nation of France sets about revisiting the days of 90s death metal and then transmogrifies it with a bizarre array of progressive tweaks