Mors Principium Est guitarist/master musician Andy Gillion has always been such a brilliant musician and songwriter, so when the announcement came for his solo release “Neverafter,” naturally the interest was peaked for your author. Not only is Andy one of the few guitarists that emotes so well through his guitar work that his style is instantaneously recognizable, but its an automatic buy simply for his song writing mastery. “Neverafter” is an ambitious project, as Gillion attempts to tell an intricate fantasy story though music alone. This is no small feat.

The absence of vocals has always been a bone of contention, but Andy pulls off a conceptual instrumental album which forces the listener to visualize the story through melody and technical prowess. Imagine opening a book where words are only part of the description and the author dares a reader to dream up his or her own pictures through pure imagination. On “Neverafter,” Andy Gillion uses melodious crescendos and orchestration to tell the story, a progressive/technical metal movie score to the world of Aria, a young girl who, after the tragic loss of her mother, journeys through a dreamworld searching for peace and closure. Knowing only a bit about the overall concept of the story, you can visualize Aria moving throughout this dreamworld soundscape.

Ironically enough, the original concept was born when Gillion was snubbed by a movie director when he submitted a score for a horror film. Its funny how fate works, for had it not occurred, “Neverafter” may never have been born. The song that creates the crux of the snub was “Becoming the Nightmare.” That combined with the gargantuan intro “Nocturne” sets the backdrop for a roller coaster of emotions on tap for the listener, with majestic sweeps and night terror arpeggios. In addition, much of the material spans the career of Gillion from childhood to present (“Shards of a Forgotten World” was written when Andy was 18). 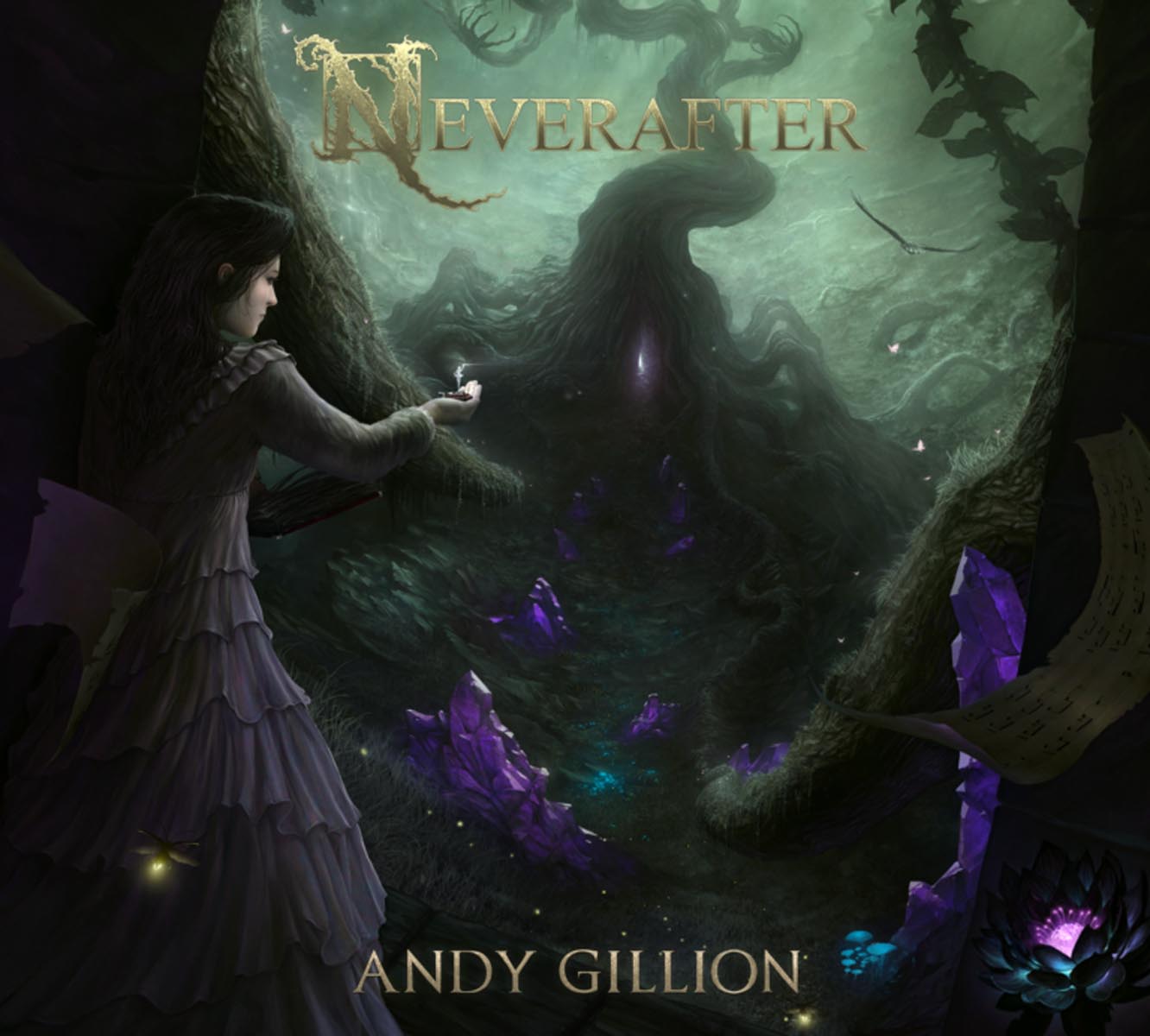 While much of the album plays to fantasy/neoclassical metal style, a few tracks incorporate some familiar aspects of the Mors Principium Est formula – notably “Skyless,” “Black Lotus” and portions of “Neverafter.” It is somewhat difficult to label instrumental music “melodic/technical death metal” without vocals (and yes, there is a death metal musical style, but lines blur a lot more in present times). However, one can certainly picture Ville Viljanen laying down some vicious growls in “Skyless” (featuring Arch Enemy‘s Jeff Loomis) and making that a full-fledged Mors tune, especially with blasting drum tracks from Samus Paulicelli (66Samus, Eliminator, Decrepit Birth).

Though having a vocal touch would be much more desirable (and marketable), the depth of the layers of the music tells the story perfectly on its own. For instance, over the the first half of the near 2 minute “The Lost Melody,” Andy geniusly plays the “lost melody” backwards, with fragments of it lashing out from other instruments, representing Aria’s attempts to piece together her memory from the shards. “Aria” is the only track featuring any vocals (featuring Christina Marie, who appeared on the Mors song “Death is the Beginning” off 2017’s “Embers of a Dying World”), and Gillion wrote it entirely in his sleep. Literally.

From symphonic masterpieces like “Becoming the Dream” to the neoclassic “Hiaeth” (featuring Paul Wardingham), Gillion weaves his tale of heartache and emotion through masterful solos, crunching riffs and fantastical orchestration. “Neverafter” isn’t just a fantasy tale, but the story of Andy‘s musical life. Prepare for a sonic journey where the story is spoken from frets and strings and is bound only by the imaginations of its listeners.

Through majestic sweeps, night terror arpeggios and stunning orchestration, Mors Principium Est's Andy Gillion tells the fantasy story of Aria using music that spans from his childhood to present. "Excitement" and "instrumental release" don't always make a perfect union, but "Neverafter" is an exception, a score to the movie played in the listener's imagination. Music can truly tell a story all on its own, especially when a musician is as distinct as Gillion.