With an absolute deluge of talent and proficiency in all corners of the metal scene, many young bands find themselves in a predicament that was most well documented at the height of the shred movement: skill itself is no longer enough to  set a group apart from the fray. And while Jazz Metal has been more  than welcoming to its newer brethren, the unfortunate side effect is that too many young bands sound far too similar.

This is the certainly the case with the Raleigh-based quartet Anamorph. Well-versed in the styles established by Cynic in the early 90s, Spiral Architect in the early 2000s, and Between the Buried and Me more recently, these dudes demonstrate a remarkable sense of restraint as they shred; you won’t hear any of the masturbatory wankery that permeated those forgotten Shrapnel releases. Instead, Anamorph channel their talents into creating textures, motifs, and dynamics that actually respect the listener and their expectations. James Agusta‘s three-armed drumming and Griffin Daniels‘ tappity tap tap bass antics lay down a monstrous groove that provides a helluva playground for axedudes Cole Lohmann and Sean Parkinson. Clearly a unit that hasn’t been content to end its history lessons when I might have, “Lucid” sees Anamorph‘s three fret-men take a cue from other contemporary jazz-metal badasses like Sarah Longfield and not limit what their hands do based on what their guitar teachers told them as kids. If the original shred movement had done what the current crop of virtuosos is doing, I can only imagine how that would have effected the genre’s evolution. 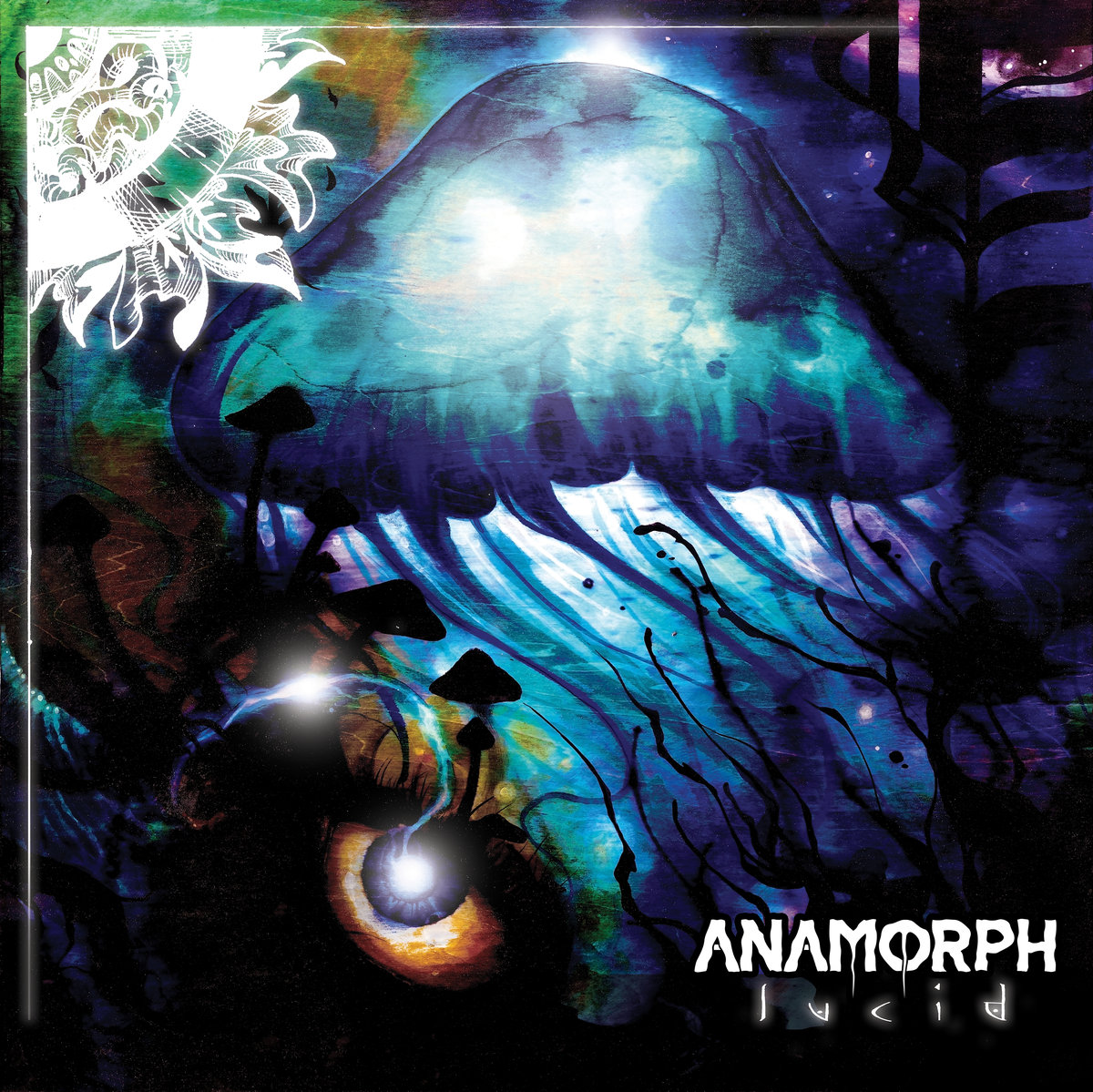 The problem, however, is that it all sounds so familiar. Instrumental jazz death metal is a genre replete with joy, but I fear it may be reaching a tipping point not unlike what extinguished the 80s shredders. For all their talent and compositional dexterity, the sad reality is that Anamorph simply aren’t doing much that Gordian Knot didn’t already do twenty years ago. These dudes would fare fare better were they to channel their formidable skills into  creating a more unique sound than to provide an admittedly admirable take on what other younger bands like Scale the Summit have done already. What’s more than obvious, though, is that these guys definitely have that in them. You’d do well to keep your ears peeled for future Anamorph endeavors.

With cuts like “Catharsis” and “Fading Azure” tipping more than just a hat to the giants of yore, Anamorph prove beyond all doubt that they're badasses beyond the reach of the average slingers. Fortunately, these guys are early enough in their careers to have plenty of growth left inside them to not only create something incredible, but also something unique