An old maiden emerges with some classic iron.

Imitation may be the highest form of flattery, but wherein the primeval origins of heavy metal are concerned, this practice seems to be inching closer to becoming a cliché of late. With a slew of early 80s revivalist bands following the trail that was blazed about 2 decades ago by Sweden’s Wolf, it seems a daunting task just to keep up with all the music flowing out of both sides of the Atlantic. However, some of the truly interesting forays into retro territory have been coming out of bands comprised either wholly or partially of those who were originally present when the NWOBHM first took Europe and, later, the Americas by storm. One such band hailing from as far back as 1987, yet only releasing any studio material within the past few years, is London’s Airforce, whose principle draw was featuring the same Doug Sampson who lent his drumming talents to Iron Maiden in the late 1970s and particularly the famed “Soundhouse Tapes” release.

This outfit’s 2016 debut “Judgement Day” was less a proper album than it was a collection of past recording sessions from between 1987 and 2016, featuring a revolving door of personnel and four different lead vocalists. However, this LP that listened like a VA compilation must have lit a fire under Sampson and company as Airforce has since become a proper four piece NWOBHM revivalist act with a charismatic and occasionally theatrical Portuguese front man by the name of Flavio Lino. They’ve managed a truly unique blend of older influences to help cure the metal masses of the Covid lockdown blues. The resulting sophomore outing in “Strike Hard,” while featuring a somewhat comical visual as its cover art, is an album that doesn’t pull any punches. Adorned with a rustic, 1981 styled production and largely dwelling upon a mid-tempo rocking groove, it could be seen as tantamount to a time capsule from said year with a few revisions that betray a present day sentiment.

The character of the songwriting and specific stylistic inclination of this album is highly unique, presenting a what-if scenario where Iron Maiden had retained Doug as their drummer, remained a one-guitarist band and took more after other bands from their scene rather than pushing the envelope as they following the release of their eponymous debut. One can’t help but hear parallels to the early offerings of Tank, Tygers Of Pan Tang and even Saxon at times when hearing the mid-paced beats and crunchy rock riffing, which finds an interesting foil when Lino’s vocals chime in. His vocal persona is definitely based in a Dickinson emulation, but the somewhat huskier timbre in his cleaner vocalizations occasionally come off as a slightly less flamboyant rendition of Geoff Tate and even John Cyriis at a few points, while his version of the air-raid siren shriek has more of a gravely, Algy Ward quality to it. Combined with a few flourishes of early power metal and late 80s trappings, the result is something that very well could have happened in said decade, but more as a late 80s attempt at revisiting the earlier sound. 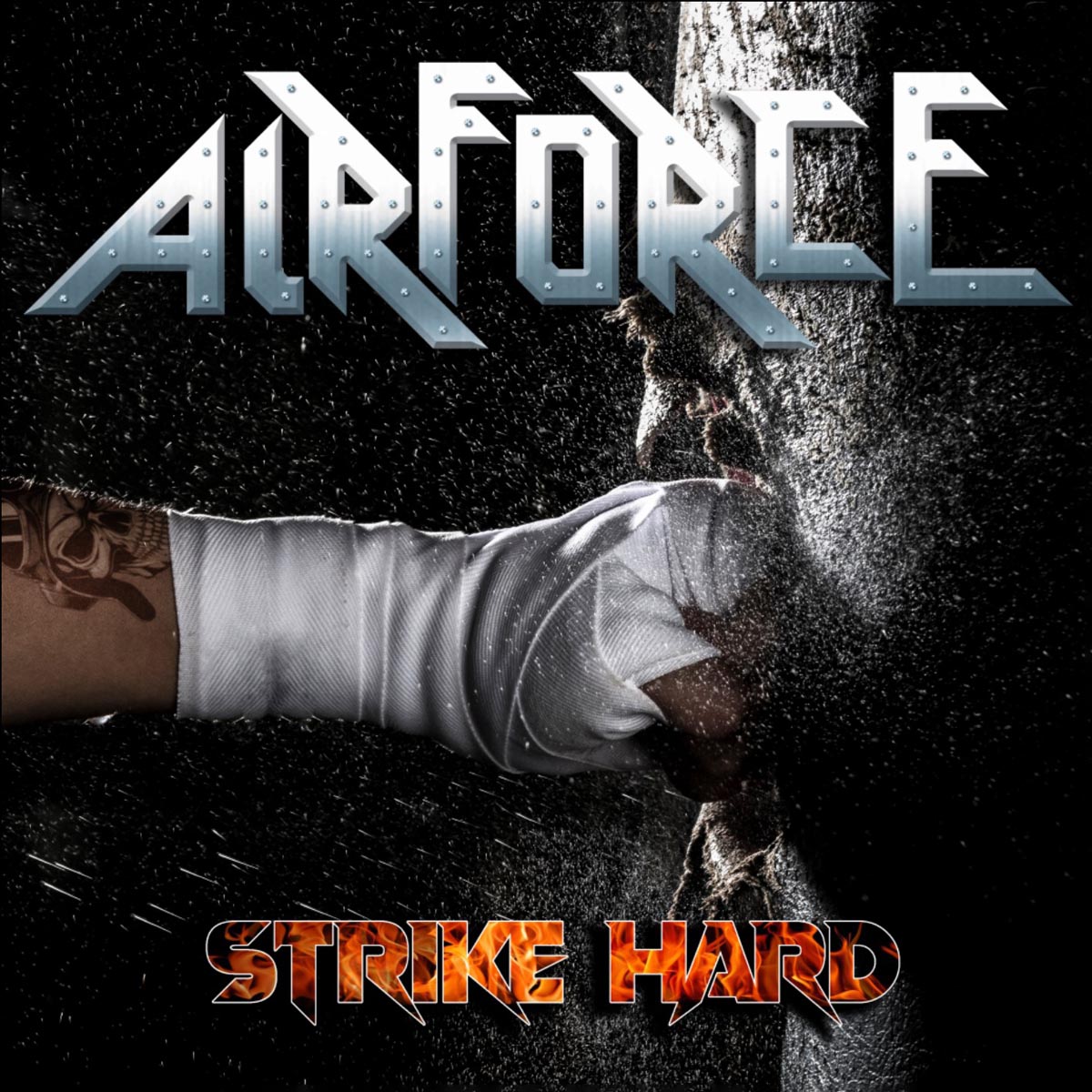 To be clear, this album is very forthcoming about its Iron Maiden affinity from its very onset, yet often uses this as a device to surprise the listener at several points. The opening romp “Fight” enters with the sound of fighter planes buzzing through the air, yet the musical results are a bit less frenzied, sounding like a punchy rocker after the spirit of “Die With Your Boots On” with a side order of early Diamond Head, especially during the principle riff. Generally mid-paced offerings such as “Die For You” and “I Feel Your Pain” have more of an 80s fanfare quality that leans more in the Saxon direction, all the while still featuring those epic Dickinson-influenced vocals. Even when the band is clearly hinting at an overt Maiden emulation as on “Finest Hour”, which is fairly similar to “Aces High” and covers the same lyrical topic, the tempo is a bit slower and the overall feel has more of a 1982 vibe than it does a 1985 one. But things get taken for a completely loop on the shuffling majesty of “Don’t Look Into Her Eyes”, featuring a gruff-steeped guest vocal slot by original Maiden wailer Paul Di’Anno, and listening like something off Queensryche’s “The Warning”.

The truth behind the old proverb “A man never steps on the same river twice” is no less relevant when dealing with the brand of metal revivalism, as despite the clear and obvious effort at recreating the past, the one that emerges is dependent upon present day hindsight. Whether this fact is betrayed by the odd similarities that power ballad “Wargames” shares with “The Lady Wore Black”, or by the quirky Black Sabbath moments heard on “Son Of The Damned”, which dovetail with what became Cirith Ungol’s signature sound in the mid-1980s. To be fair, it very well could have been that a late-comer to the British metal scene might have taken a few cues from these American offshoots of the earlier sound when attempting to recapture it, but due to the market circumstances of the day it didn’t ultimately happen. But for whatever the past would ultimately yield, this album is as much a staple of the present as it is what came before, and it’s a highly unique and engaging listen for any old school metal trustees who want their vintage product straight from the original vineyard.

In this age of rekindled interest in old school heavy metal and the NWOBHM, a fold of original partakers of the latter scene emerge for a second LP, bringing further credibility to the ongoing revivalist craze and throwing in a side of Tank and Tygers Of Pan Tang to go with the obvious nods to Iron Maiden