In a world brimming with chaos that fills the senses in a never-ending assault, it seems counter-intuitive that even more noise could create the illusion of solitude. Yet that solitude, a feeling of personal isolation with melancholic melodies, is exactly what black metal act Abigail Williams provides to the American metal scene. In their fifth studio album, titled “Walk Beyond the Dark,” Abigail Williams shows no fear of the darkness or the unknown, combining themes from their earlier albums while branching out into a more atmospheric flavor.

Strings and screams meet in equal measure in “Walk Beyond the Dark,” an album which causes night to descent with the unrelenting fury of thundering drums and tormented screams that exist in perpetually close quarters with the listener. Front-man Ken Sorceron, the band’s long-standing heart and soul, has drawn despair from warmth, and crafted peace from the cold in this latest musical endeavor. “Walk Beyond the Dark” is inward looking, but is also raw in its expressive brutality, a reliable skill for a band that has been plagued by an ever-shifting lineup since its inception in 2004. With Sorceron as the only founding member remaining, this album seems to be a concentration of not just his accumulated talents in Abigail Williams and other musical endeavors, but of his passion for the spirit a project that has maintained an endlessly rotating cast.

In sixth track “Born of Nothing,” somber strings weave in deep tones beneath distorted guitar, a slow-building chaos that reaches a tipping point when the drums first break free. The guitar, which had at first sounded restrained against the more poetic melancholy of symphonic touches, roars with a burning anger that matches the grating screams Sorceron contributes with unrelenting endurance. The mixing is crafted so that the quiet strings are not buried beneath what is otherwise a clear-cut display of pure black metal, giving a subtle depth to an otherwise incredibly aggressive track. “Born of Nothing” is a small taste of the balance between the extreme and the intriguing that are built intertwined in the album’s carefully constructed atmosphere, a bold direction for black metal that is otherwise delivered plainly and with confidence. 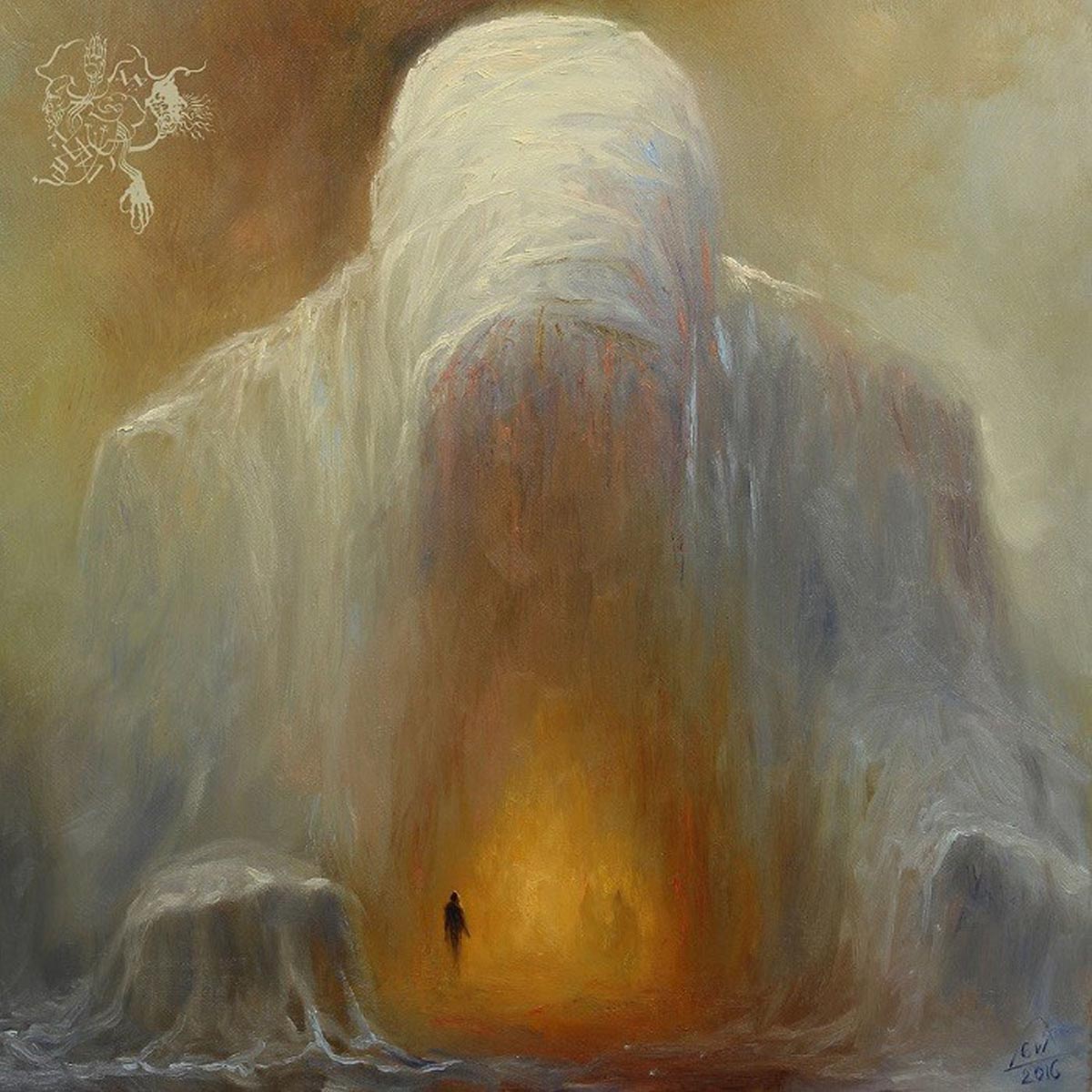 “Walk Beyond The Dark” Album Artwork

Yet another display of duality is shown in “Sun and Moon,” and not just in the track’s foreshadowing title. The endless expanse of sky is where clean vocals make an appearance to contrast echoing growls that seem to emerge from the ocean deep. Slow-plodding guitar creates a tantalizing hook, adding in a steady drumbeat as the song progresses, preparing listeners for a sudden outpouring of brutality that never comes. It’s a tempting teaser that demonstrates the patience required in songwriting to create an atmosphere with pointed intention, pointing to tranquil clean vocals rather than the anticipated agony. This is a track that takes listeners on a story that is more than just one-dimensional anger; an echoing spoken verse is a reminder that darkness is not just in the shadows, but in the brightly surreal. “Sun and Moon” tastefully layers clean vocals with growls, nearly burying the growls beneath a soaring voice that does justice to any smiles that hide anguish.

The only proper method of consumption for the album’s strongest song is to find oneself alone at some abyssal body of water, and then surrender to the blackened depths. “Black Waves” is the track that most clearly delivers the album’s comprehensive message, and is the best highlight of balance between sullen serenity and tenacious ferocity. There is clear intention to bring the album to the listener in an incredibly personal manner, an experience that is delivered through echoing, distant screams and the gentle caress of well-composed string arrangements. Mixing draws both echoes and crushing forwardness in equal measure, opening a wide expanse of captivating intrigue and providing stunning contrast not just within individual tracks, but across the album’s overall delivery. Variability in pacing is demonstrated throughout “Walk Beyond the Dark,” but it is in the steady tides of “Black Waves” where the ebb and flow is best pronounced.

“Walk Beyond the Dark” is most clearly an album built of one man’s passion and experience, but it is a role that Sorceron has taken with grace. The atmospheric touches contributed by a more symphonic exploration traded elegance where black metal would have otherwise stood alone, earning the album considerable complexity where it may have otherwise become just another album in an endless procession of new black metal. Though the black metal backbone remains at the front and center of the album’s inspiration, it seems clear that Sorceron is the mastermind behind the project, as the songwriting in tracks dedicated to a more classic black metal sound often rely on the same gimmicks throughout, with predictable builds and reliable drums to drown out any more subtle nuances in the occasionally repetitive guitar.

To have a fifth chapter in an act fueled by one musician’s vision is incredible in itself, and to have such an artistic delivery of that vision is a joy to behold. Four years of waiting led up to “Walk Beyond the Dark,” both bold and daring in its haunting, and sometimes taunting, delivery of murky twilight. Abigail Williams shows that they still stand strong in their pursuit to spread a pensive depression to fans of black metal across the world.

“Walk Beyond The Dark” Track Listing:

Darkness manifests in both symphonic grace and in the raw power of rage with Abigail Williams’ fifth album. It is an exploration into the further reaches of a project that persists in its passion for not just telling stories, but for bringing listeners to a place where they can empty their hearts and surrender to the shadows. For listeners looking to balance a lighter richness with the dark shroud of black metal, it’s safe to say that they would do well to “Walk Beyond the Dark”