Multi-platinum band Shinedown has announced SD Limited, their new premium apparel line. Conceived by Shinedown guitarist Zach Myers, SD Limited has a focus on premium quality lifestyle products, re-imagining, and elevating classic band and concert merch into everyday streetwear pieces. Capsule collections will be made available in limited quantities. The first collection is dropping this week on Black Friday (November 27th) and is inspired by Shinedown’s 2008 breakthrough album “The Sound of Madness.” Check out the collection at www.sdlimited.store where it will be available for purchase on Black Friday.

Zach Myers shares, “We are thrilled that SD Limited is finally coming into fruition and set to be released imminently. This is an idea that we have been looking to launch for a while, but the rigors of touring always kept it on the back burner. Earlier this year, Adam, from EightySeven Creative Agency had gotten in touch about working together on a project, and I knew he was perfect for this venture with his inspired and futuristic take on concert merchandising. He alongside myself and our longtime merchandiser, Kent Sinkler, set out to deconstruct the classic rock shirt, throw it in a blender with street fashion, and strip it all down to a central message of community. We wanted to appeal to everyone, whether they had heard of our band or not, but truly wanted to serve our most loyal fans. It was important that the products were made with high quality materials, with unique graphics and color ways, but most important that the themes that have carried our band across the world for the last 20 years were woven into each piece.”

Additionally, Shinedown has announced a career-spanning vinyl box set featuring the band’s six albums on brand new, exclusive gold vinyl, limited to 2,000 total box sets worldwide, as well as limited individual vinyl album reissues, including some albums on never-before-released colors (“Leave a Whisper” – clear blue, “Us and Them” – clear purple, “The Sound of Madness” – white, and “Amaryllis” – rustic green. “Threat to Survival” and “ATTENTION ATTENTION” are pressed on their original, limited edition colors – clear red and clear yellow respectively.) Both for the box set and the individual pressing, “Us and Them” will feature new cover art to celebrate the 15th anniversary of the album, featuring the once-young cover characters 15 years older. 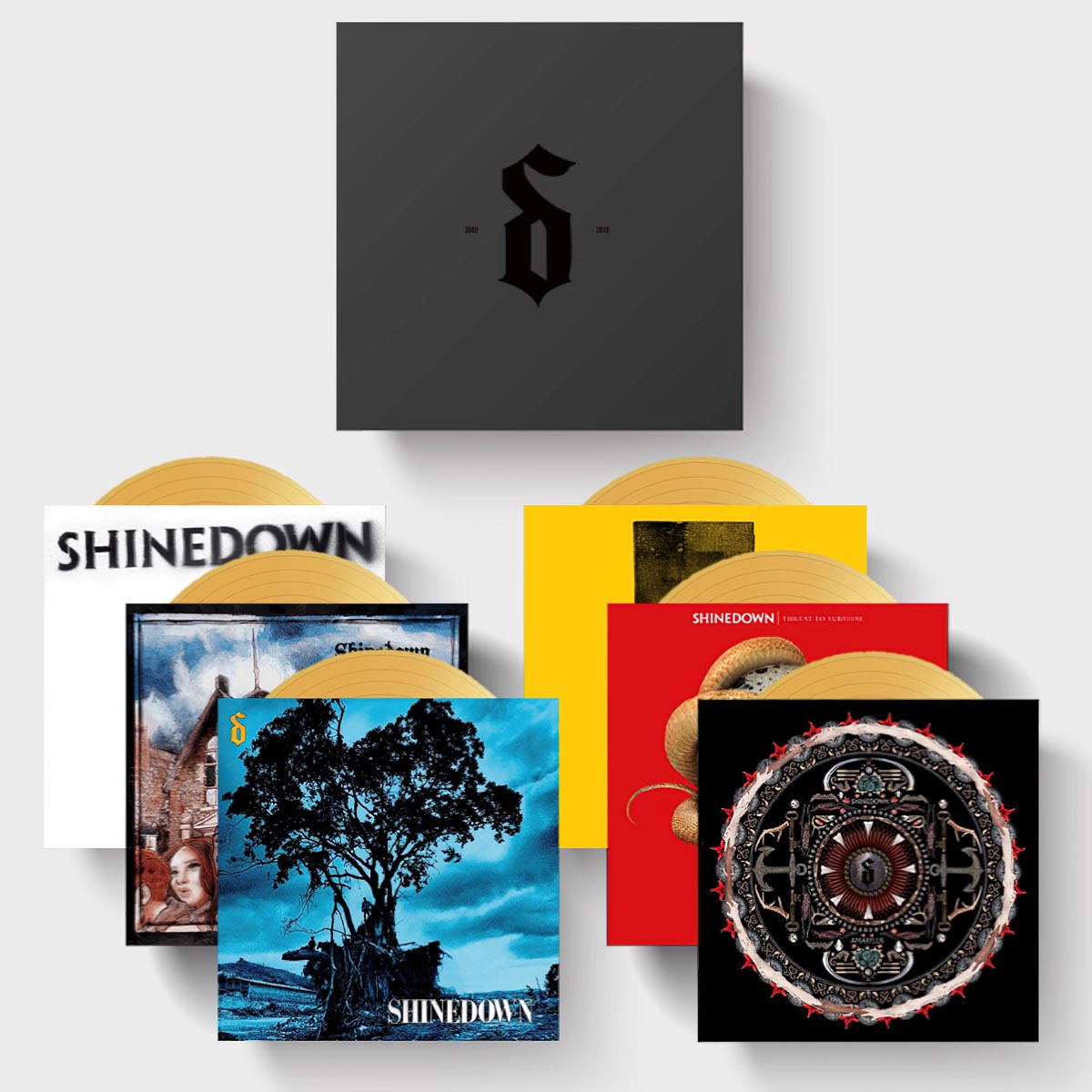 Vinyl pre-orders launch on Black Friday at https://shinedown.com/vinyl, alongside the SD Limited drop. The box set will ship January 22nd and the individual vinyl albums will ship February 12th. If you would like to receive your SD Limited purchase in time for the holidays, be sure to place your order separately from your vinyl box set/albums order, as SD Limited orders will ship immediately if not coupled with a vinyl order.

Kicking off on December 3rd, Smith & Myers – the duo comprised of Shinedown front man Brent Smith and guitarist Zach Myers – will embark on a tour that will see them dive into their new double album, “Smith & Myers Volume 1 & Volume 2,” out now via Atlantic Records. All COVID-19 safety protocols will be followed in adherence with state guidelines. Tickets are on sale now. Full a full list of dates or to purchase tickets, please visit www.smithandmyersmusic.com. 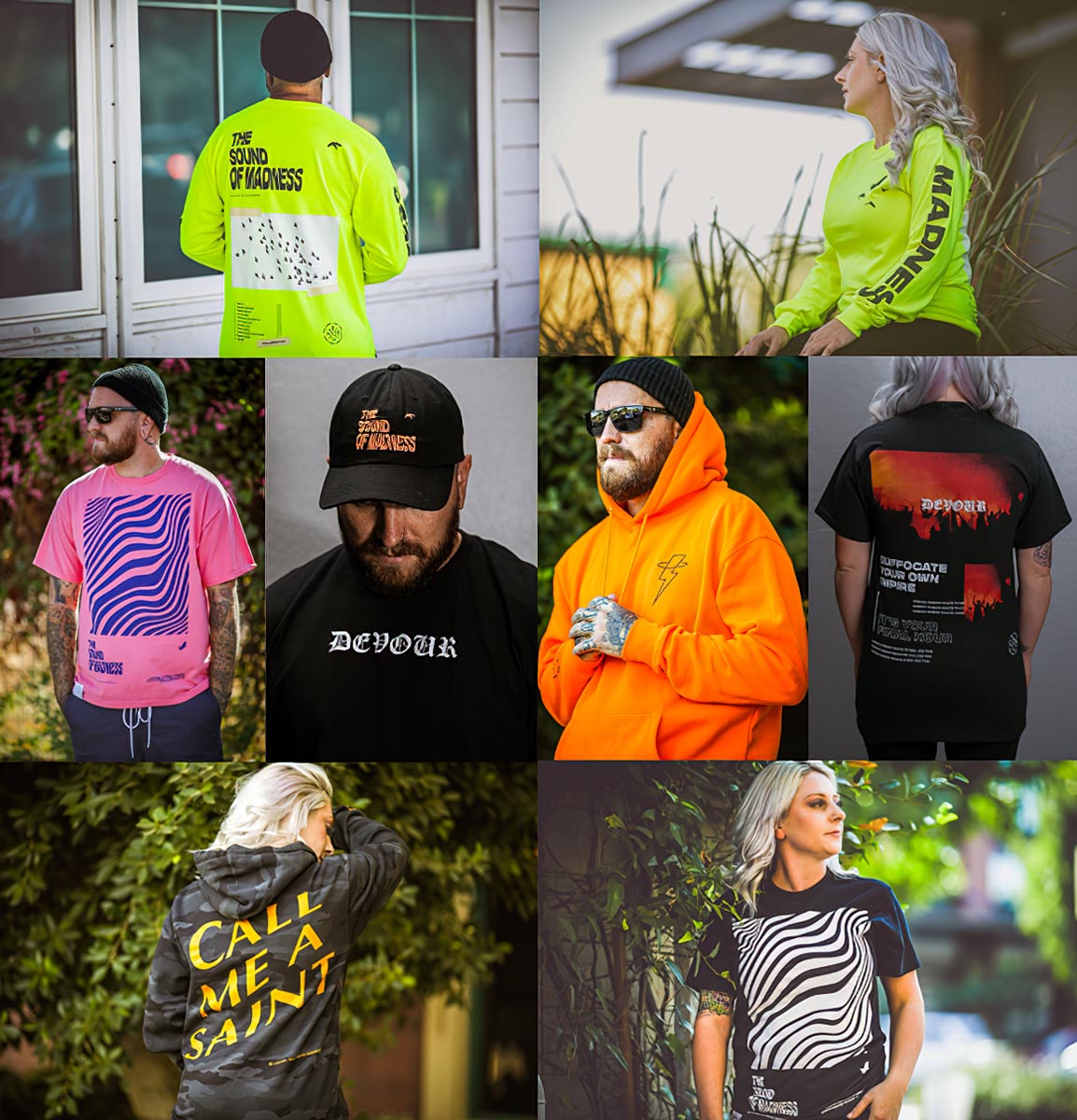