Florida Power Metal act SEVEN KINGDOMS have dropped a new video for their cover of “Barracuda” by Heart. This song and video – can be watched below – were shot and recorded during the recording sessions of their upcoming release, Empty Eyes.

Empty Eyes was recorded with Jim Morris (Iced Earth, Savatage, Death) at Morrisound Recording. SEVEN KINGDOMS mixed the album at Morrisound Recording and it was mastered by Jacob Hansen (Avantasia, Evergrey, Volbeat). The CD pressing will be limited to 400 copies with vinyl limited to 250. Each album and vinyl will be hand numbered, signed and feature the ‘Edition 1’ labeling on the back. The band will handle the digital aspect of the release as well. Perks start shipping in October along with the release date. Vinyl start shipping in December due to manufacturing time. 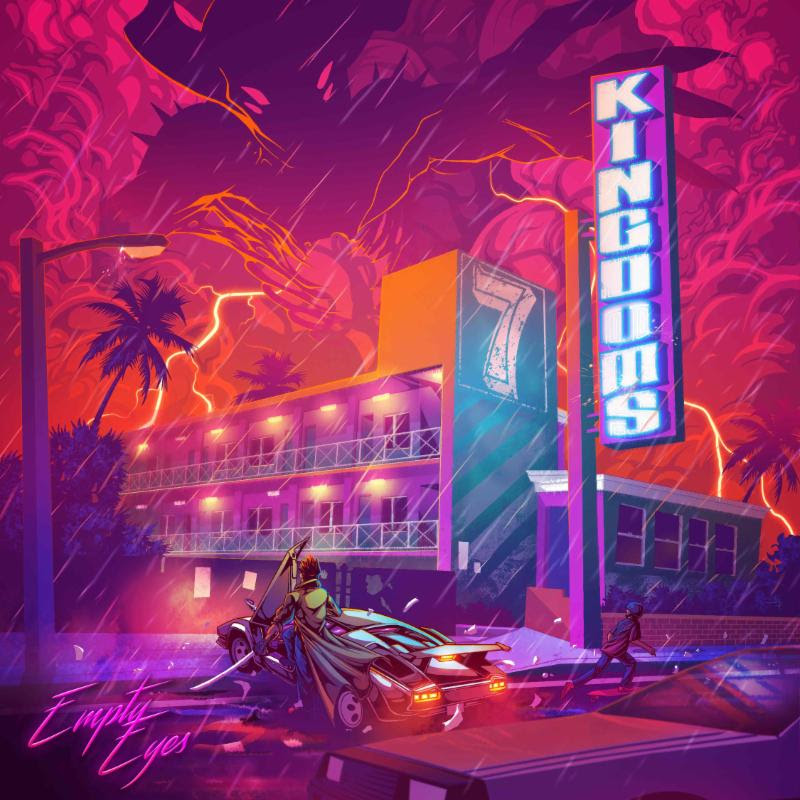 Commented SEVEN KINGDOMS guitarist Camden Cruz: “We are really stoked to get this next release out there. We decided to release this independently this time because it was the only way to raise enough capital to start off in the same position that we did after the Decennium Cycle. Using crowdfunding to help finance start up expenses for an album cycle is still a much larger help for a band our size at this time. It also gives us the opportunity to have our fans be a much closer part of the upcoming releases, vs, just handing it off to a third party and doing it the traditional way. We are very happy with this new material and consider this our best material to date. There are a lot of different sounds for us on this, and we aim to bring more content than ever before with the way our campaign and album cycle are structured. We will have a slew of new stuff available on the crowdfunding campaign and hope that all of you will join us again, in showing how powerful a direct, band-to-fan relationship can be! Please snag your Pre-Orders on Kickstarter starting August 13th!”