Noted progressive metal vocalists Russell Allen (SYMPHONY X, ADRENALINE MOB) and Anette Olzon (THE DARK ELEMENT, ex-NIGHTWISH) will release a collaborative album titled “Worlds Apart” on March 6 via Frontiers Music Srl. The project will be issued under the moniker ALLEN/OLZON. The lyric video for the first single off the album “Worlds Apart” can be seen below.

Allen and acclaimed Swedish guitarist, songwriter and producer Magnus Karlsson (PRIMAL FEAR, MAGNUS KARLSSON’S FREE FALL) collaborated successfully on three critically acclaimed albums where Russell dueted with Norwegian singer Jorn Lande. After a break in their collaboration on said albums, where former STRATOVARIUS guitarist Timo Tolkki stepped in and oversaw an album, Magnus has returned to the fold, but with an exciting new twist to the formula. This time, Russell and Magnus welcome none other than the amazingly talented Olzon as Allen‘s vocal partner and offer up an unbelievable new duets album. 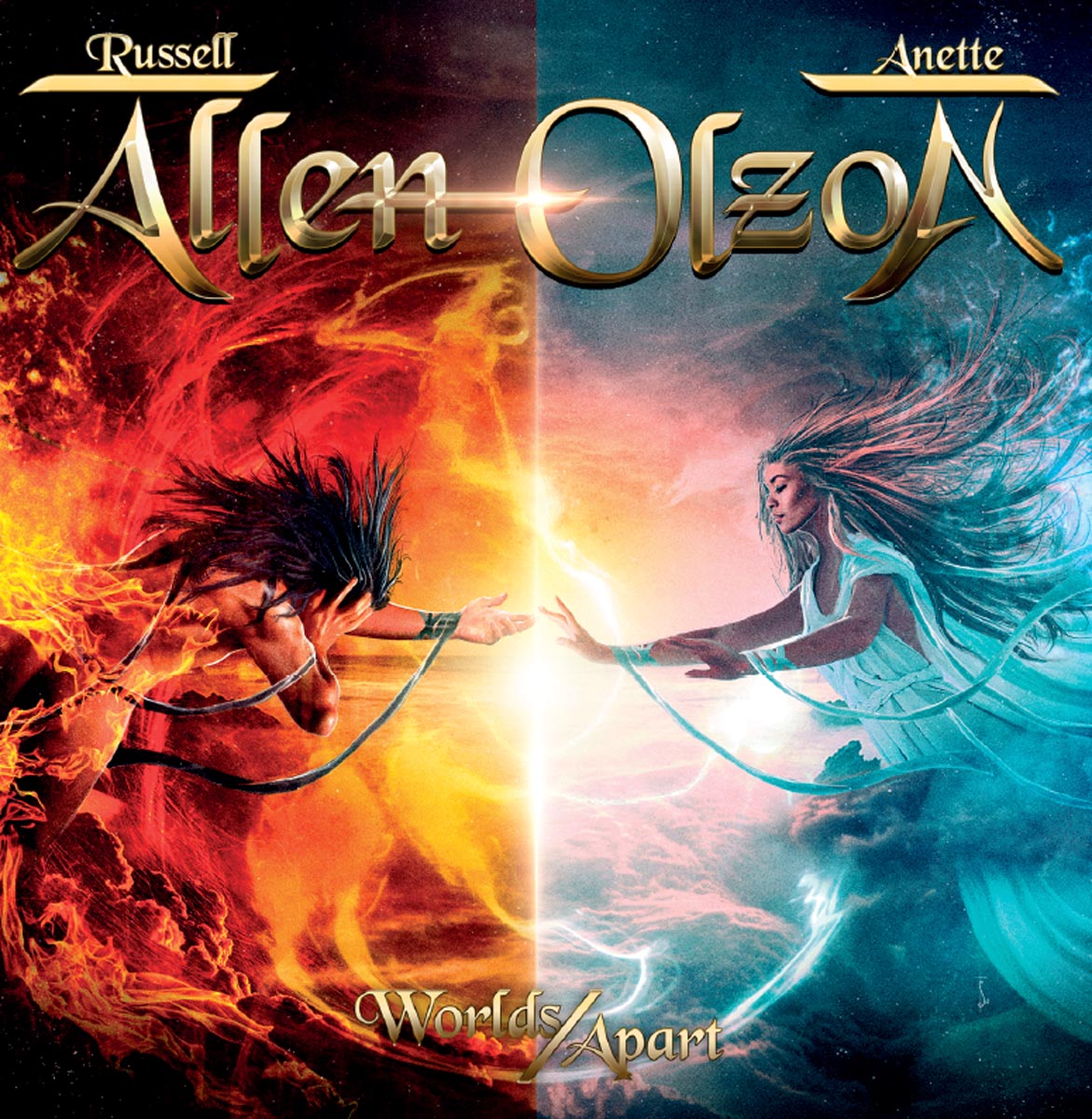 Since the end of her five-year stint with NIGHTWISH in 2012, Olzon released a solo album, 2014’s “Shine”, and formed THE DARK ELEMENT with former SONATA ARCTICA guitarist Jani Liimatainen. The group’s self-titled debut album was released in 2017; a follow-up, “Songs The Night Sings”, was released in November.

Over the past 14 years, Allen — best known as the front man of long-running progressive metal group SYMPHONY X — has released four acclaimed collaborative albums with Norwegian singer Jørn Lande (MASTERPLAN, AVANTASIA, JORN). The first three ALLEN/LANDE releases were produced and written by Karlsson, with the fourth and most recent — 2014’s “The Great Divide” — produced and written by Tolkki.

Last month, Anette commented on the upcoming LP, writing on social media: “So this is my secret project I’ve hinted about. To make an album with such a great and versatile singer as Russell Allen is an honor for me, and to have Magnus Karlsson making the songs and playing is also an honor.”

Allen — who has toured with TRANS-SIBERIAN ORCHESTRA since 2013 — was recently injured during the rehearsals for TSO‘s annual winter tour. He will spend much of 2020 touring with SYMPHONY X, which will celebrate its 25th anniversary this year.