KAMELOT will release its new album, “The Shadow Theory”, on April 6 via Napalm Records. The follow-up to 2015’s “Haven” features all the signature elements of KAMELOT and also sees the band step out to add new and industrial elements along while combining amazing emotions that harken to the band’s earlier days. The group’s epic new music is chock full of symbolism relating to how the band feels about the world and the current state of civilization.

KAMELOT founder and guitarist Thomas Youngblood states: “‘The Shadow Theory’ album is a psychological journey through the complexity of the human mind. We are subjected to stimuli constantly through media, technology, social experiments and AI. Can we still be social creatures in the near future? ‘The Shadow Theory’ is an album that is mixing many worlds, giving the listener an escape within our own realities. This album was written and recorded over the entire year and we are really proud of the song elements and diversity on ‘The Shadow Theory’.”

Youngblood also told Rock Overdose that the band’s new material was harkening “back to the ‘Ghost Opera’ days a bit with ‘Haven’ elements.” The first video teaser for “The Shadow Theory” can be seen below.

“The Shadow Theory” was helmed by acclaimed music producer Sascha Paeth and mastered by Jacob Hansen. Guests on the album include Lauren Hart (ONCE HUMAN), Jennifer Haben (BEYOND THE BLACK) and Sascha Paeth. The amazing cover and artwork was created by Stefan Heilemann.

A 2-CD edition is available with the digipak version and the following additional tracks: 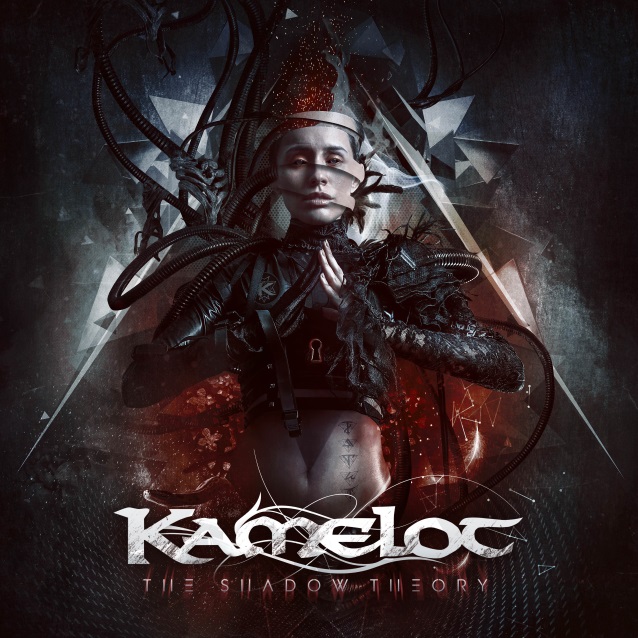 Following the release of “The Shadow Theory”, KAMELOT will embark on a massive world tour, starting in North America during April/May 2018, followed by European shows in the summer. The band will return to Europe in September/October 2018 for its biggest headlining tour to date. The very first show of KAMELOT‘s fall 2018 European tour will take place on September 14 at 013 in Tilburg, The Netherlands.

Say the band: “Tilburg! KAMELOT returns to the Poppodium 013 to support their new album and to commemorate their very special relationship with the Dutch fans! There have been 10+ sold-out KAMELOT concerts there over the past few years. To thank you for your support, we are very pleased to announce we will be shooting this show as part of the band’s long-awaited DVD! Don’t miss this very special event!!”

“Haven” sold around 7,600 copies in the United States in its first week of release. The CD was made available in May 2015 via Napalm Records as part of an exclusive licensing deal through the band’s Kamelot Music LLC.