Greek guitar virtuoso Gus G., well known in rock and metal circles for his work as Ozzy Osbourne‘s guitarist and as leader of his own band FIREWIND, will release his new solo album, “Fearless”, on April 20 via AFM Records. The follow-up to 2015’s “Brand New Revolution” marks his first release since exiting Osbourne‘s band in 2017. On “Fearless”, Gus joins forces with vocalist/bassist Dennis Ward (PINK CREAM 69, UNISONIC) and drummer Will Hunt (EVANESCENCE).

“Dennis and I have collaborated very closely for a number years; he produced the current FIREWIND album, ‘Immortals’, among other things,” Gus described his relationship with the multitalented German-American. “We’re on the same musical wavelength and simply continued our cooperation after the FIREWIND production. I sent him demos of and ideas for my new songs and once we had enough material and started to think about vocalists, Dennis suggested recording the album as a trio. A lot of people don’t realize that Dennis is not only a brilliant songwriter, bassist and producer, but also an excellent singer. I immediately liked his suggestion because this would be very different from everything else I’ve done before.” 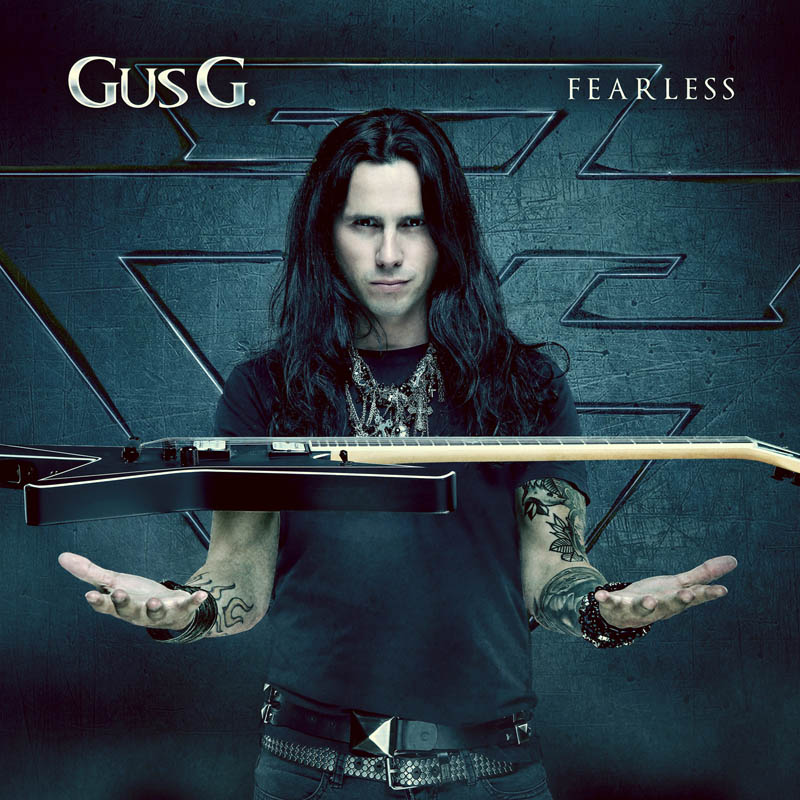 It was only a short step from the enlistment of drummer Will Hunt. Gus said: “Will was at the very top of my wish list. Fate smiled on me because we played at the Frankfurt music fair 2017 during my tour with Steve Stevens, and Will stayed at the same hotel. So I approached him, we talked for a while and he agreed. Last August he came to the studio and recorded the drum parts for the whole album within two and a half days. A real pro with a great groove and an awesome punch.”

Which applies not only to Hunt and Ward, but of course also to Gus himself, who once again proves to be a phenomenal guitarist on “Fearless”, presenting technical skills which exclude all possibility of doubt and a compositional talent that allows his fellow musicians to shine. Hard-as-nails metal tracks such as the opener “Letting Go”, “Mr. Manson”, which is driven by a dark bass/guitar riff, and the subsequent melodic “Don’t Tread On Me” immediately propel the new album into the desired direction. At the same time, the three instrumental songs give listeners an idea of the outstanding talent of the 37-year-old who is easily on a par with George Lynch (“Mr. Scary”) and Michael Schenker (“Into The Arena”).

“A lot of fans have asked me to record more instrumental tracks. Voilà, here they are,” grins Gus. Last but not least, the successful cover versions of the DIRE STRAITS classic “Money For Nothing”, which surprises with an unusual change of key after the noteworthy intro, deserves a mention.