Original QUEENSRŸCHE singer Geoff Tate and his band, OPERATION: MINDCRIME announced they will celebrate the 30th anniversary of the landmark concept album Operation: Mindcrime, by performing the platinum-selling 1988’s album from beginning to end in its entirety, along with a set full of greatest hits including “Silent Lucidity” and “Jet City Woman” during a US Tour, and today more dates have been added. The Mindcrime set will cover all fifteen songs from the album including such fan favorites as “Revolution Calling”, “Operation: Mindcrime”, “I Don’t Believe In Love” and the closing track, “Eyes Of A Stranger”. As fans might remember, Geoff performed the album in its entirety on tour in 2013 to celebrate its 25th anniversary.

Back in 2006, Geoff and his then current QUEENSRŸCHE bandmates brought the theatrical interpretation of the Mindcrime saga to audiences all over the world. In October of that year, an epic performance was filmed and recorded, resulting in Mindcrime At The Moore, an album/DVD set released in July of 2007 that would debut at #1 on the Billboard Music DVD chart. It would mark the band’s first #1 chart debut, quickly selling over 50,000 units, achieving gold status.

Geoff‘s own band OPERATION: MINDCRIME has released three albums in three years as part of a trilogy: The Key (September 2015), Resurrection (September 2016) and The New Reality (December 2017). The band currently on tour features Kieran Robertson from Scotland on guitar, Bruno Sa from Brazil on keyboards, Jack Ross from Scotland on bass, Scott Moughton from Canada on guitar, Josh Watts from England on drums and Geoff Tate‘s daughter Emily, who will be singing the parts of Sister Mary. She’s also in the band, TIL DEATH DO US PART, who are special guests on this tour.

The forthcoming U.S. tour comes hot on the heels of the band’s European trek that began earlier this year, hitting venues in such countries as Austria, France, Germany, Hungary, Italy, Netherlands, Poland, Slovakia, Switzerland and the United Kingdom. Further 30th-anniversary tour dates in the United States to be announced. 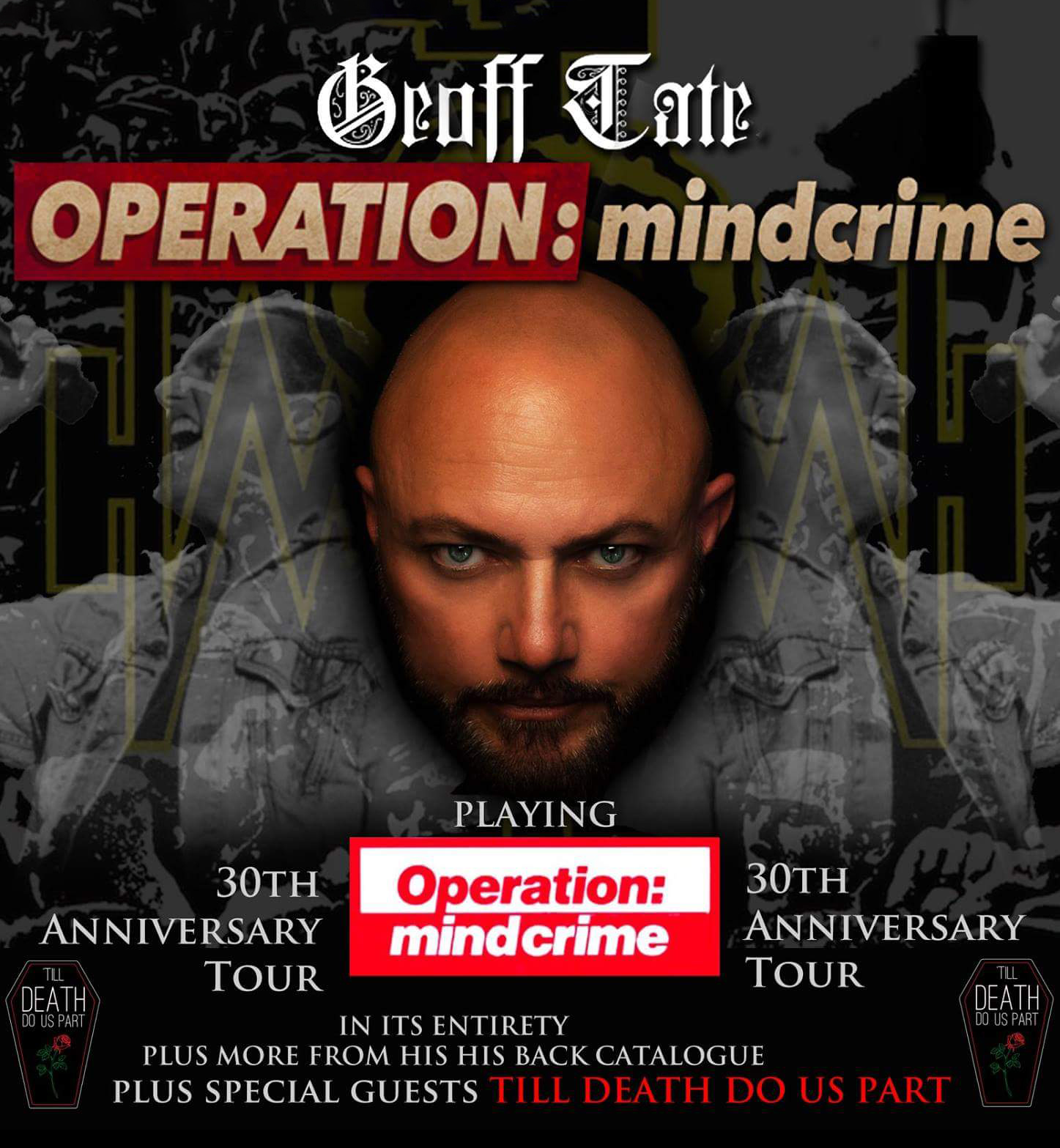