ENTOMBED invites its fans to hear the unique experience of the band performing its second album “Clandestine” in full live for the first time ever for the album’s 25th anniversary on November 12, 2016 at Malmö Live in Malmö, Sweden. Joining original ENTOMBED members Alex Hellid, Uffe Cederlund (guitar) and Nicke Andersson (drums) at the concert were Robert Andersson (vocals) and Nicke‘s half brother Edvin Aftonfalk (bass), both formerly of the Swedish death metal band MORBUS CHRON. Check out the teaser video below.

Threeman Recordings presents “Act 2: The Entombed” performance — a concert in two acts based entirely on the Swedish band’s acclaimed album Clandestine from 1991. It is a unique concert where the pioneering album is played from beginning to end. From the opening track “Living Dead” to closer “Through The Collonades”. In the first act, the Malmö Symphony Orchestra And Choir performs Clandestine, arranged for orchestra by Thomas Von Wachenfeldt (WACHENFELDT), with the original members from ENTOMBED sitting in as part of the ensemble. In the second act, the band performs the entire album live in the original version for the very first time. 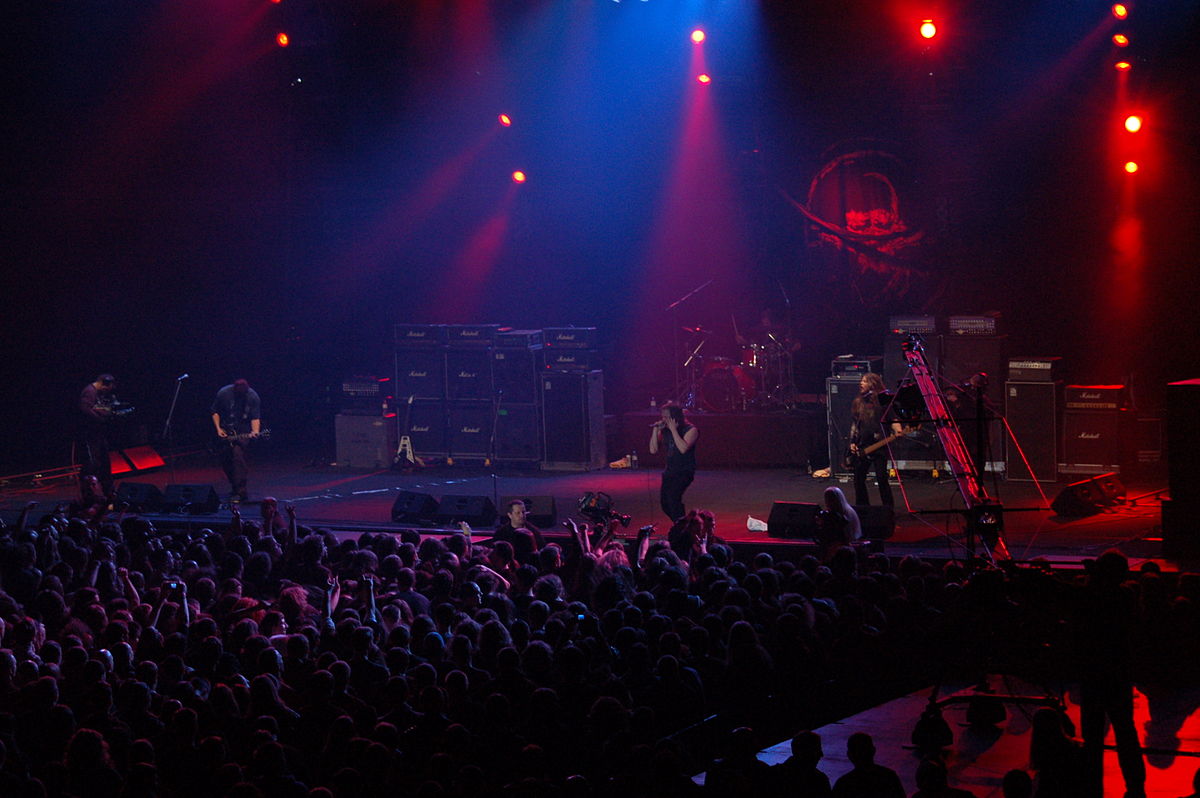 Alex Hellid comments: “It is amazing to experience the musical journey with an orchestra and we really enjoyed the experience.”

Conductor Josef Rhedin adds: “Allowing ENTOMBED‘s suggestive music to meet Symphony Orchestra And Choir is a very creative and exciting concept. Composer Thomas Von Wachenfeldt‘s arrangement contains challenges for both orchestral musicians and for me as a conductor, as the starting point has been to interpret the ‘Clandestine’ in a classical, symphonic format, rather than plank the music outright.”

“Clandestine – Live” will be released on CD, CD bundle with exclusive t-shirt and 2LP 180-gram deluxe vinyl including a poster on Threeman Recordings on May 17. Pre-order here.

ENTOMBED was inducted into the Swedish Music Hall of Fame in 2014 with the following motivation: “Hard rock is just as typical of growing up in medium-sized Swedish towns as football and mopeds. Hard rock is Swedish folk music with studded wrist bands instead of tasseled garters. After two decades of Anglo-Saxon hard-rock a Swedish band, Entombed, became one of the world leaders in death metal. A subculture that has spread throughout the world, mutated in various forms, and after 20 years continues to be just as vital. Entombed is part of the heavier internationalization of Swedish popular music – all categories.”

The band was founded in 1987 under the name of NIHILIST. With its catchy, versatile but still rock hard music ENTOMBED pioneered Scandinavian death metal, which was different from its American counterpart mainly by the characteristic, chainsaw-like guitar sound. The special sound they got by tuning down their guitars three full steps (to C or less), by using a maxed out Boss HM-2 Heavy Metal pedal, in combination with a guitar running through a Boss DS-1 Distortion Pedal. The debut album Left Hand Path was released in 1990 and followed up the following year with Clandestine.