Explorer1 Music (E1) has announce a new collaboration in the U.S. with the release of IRON MAIDEN bassist and founder Steve Harris‘s second album with BRITISH LION, the “up close and personal” side project he devotes his time to, outside of his MAIDEN activities, which will be followed by an 18-date U.S. tour (details can be found below). BRITISH LION comprises vocalist Richard Taylor, guitarists David Hawkins and Grahame Leslie, Steve Harris on bass and keyboards and drummer Simon Dawson.

“The Burning” features 11 new songs and will be released worldwide on January 17, 2020 in digipack CD, double gatefold vinyl and digital download formats. Recorded, engineered and mixed at Barnyard Studios by Tony Newton and produced by Steve Harris, “The Burning” is crammed with powerful hard rock melodies, with two songs “Lightning” and “Spit Fire” being made available for immediate download from tomorrow with all album pre-orders.

“Lightning” is also available to listen to now ahead of the digital release tomorrow and can be listened below.

Richard Taylor says: “We’ve been working on ‘The Burning’ for the past couple of years and everyone is really pleased with the results. We started playing some of the songs live on recent tours and got a fantastic reaction from our fans so we are really excited to be sharing this album with the world. We’re also looking forward to heading out on the road again and seeing everyone at the shows.” 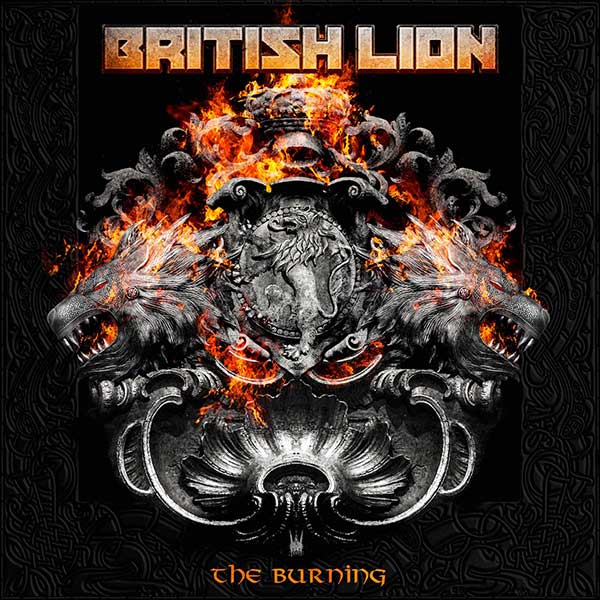 Paul Woolnough, CEO and co-founder of Explorer1 Music, says: “Explorer1 offers a completely new turn-key solution for touring and recording artists such as BRITISH LION in today’s fast-changing industry. After watching the band evolve over the last couple of years and recently launching E1, it seemed the perfect time to partner and collaborate on the U.S. release of ‘The Burning’ and BRITISH LION‘s touring activities. I am proud to welcome Steve and the rest of BRITISH LION into the E1 family and look forward to working together for many years to come.”

BRITISH LION has been tirelessly honing its live show performances with club tours every year and festival dates whenever time allows, building and establishing a firm and dedicated fan-base, reaching 24 countries across the globe so far.

Steve says: “It’s great for us to finally come to America to play some shows around the release of the new album there through Explorer1 Music. The E1 team have been extremely pro-active and we’re delighted to be working with them on both the record and the tour.” 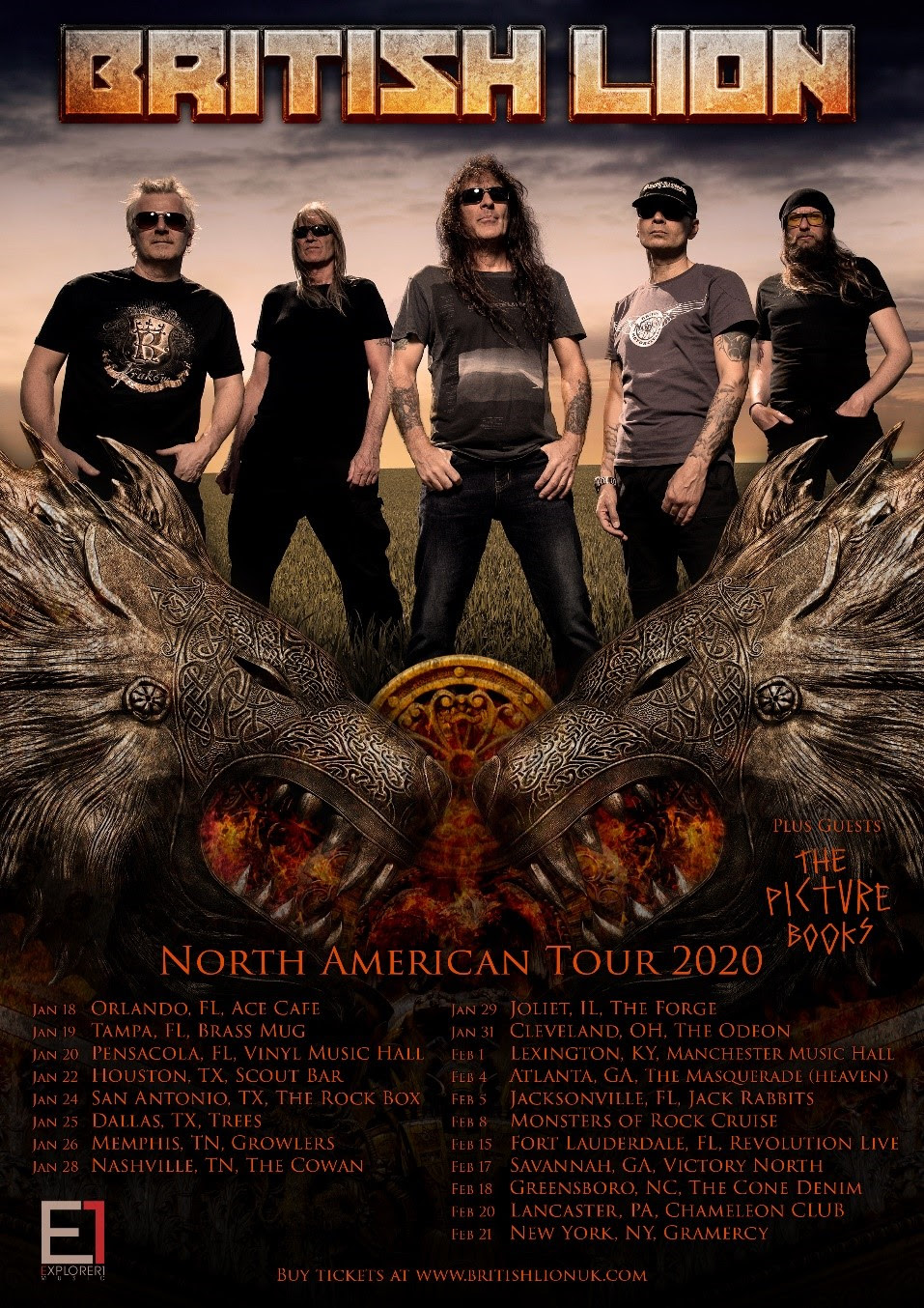 Tickets are available from BritishLionUK.com. Every ticket to the BRITISH LION U.S. tour includes a digital download of “The Burning”, out January 17, 2020.

BRITISH LION‘s debut album sold around 3,000 copies in the United States in its first week of release. The CD landed at position No. 3 on the Top New Artist Albums (Heatseekers) chart, which lists the best-selling albums by new and developing artists, defined as those who have never appeared in the Top 100 of The Billboard 200. “British Lion” was released in the U.S. in September 2012 via Universal Music Enterprises (UMe). The disc was mixed by Kevin Shirley, whose credits include IRON MAIDEN as well as LED ZEPPELIN, JOURNEY and RUSH.