Grammy Award-nominated progressive metallers BETWEEN THE BURIED AND ME have announced a spring 2020 North American tour that will feature a very special two-set performance celebrating 20 years since the band’s inception. The first set will feature a career-spanning setlist, while the second set will see the band play its highly acclaimed 2009 opus “The Great Misdirect” in its entirety. Tickets will go on sale at 10 a.m. local time on Friday, January 17 from the band’s website.

The tour will kick off in Richmond, Virginia on May 9 and will make its way through another 30 cities across North America before ending in Charlotte, North Carolina on June 19.

Firmly established as progressive music’s most unpredictable outlier since its formation in 2000, BETWEEN THE BURIED AND ME released 2007’s watershed “Colors”, followed by “The Parallax: Hypersleep Dialogues” EP in 2011 and “The Parallax II: Future Sequence” a year later. 2015 saw “Coma Ecliptic” elevate them to new heights yet again. Not only did it bow at No. 12 on the Billboard Top 200 (a career high for the band), but it also garnered widespread acclaim from Noisey, Revolver, Alternative Press and The Guardian, which welcomed the album with a rare perfect score. In between, they launched countless sold out headline tours and support runs with the likes of MASTODON. In 2017, they released their eighth studio offering, the phenomenal double concept album “Automata” and “Automata II”. 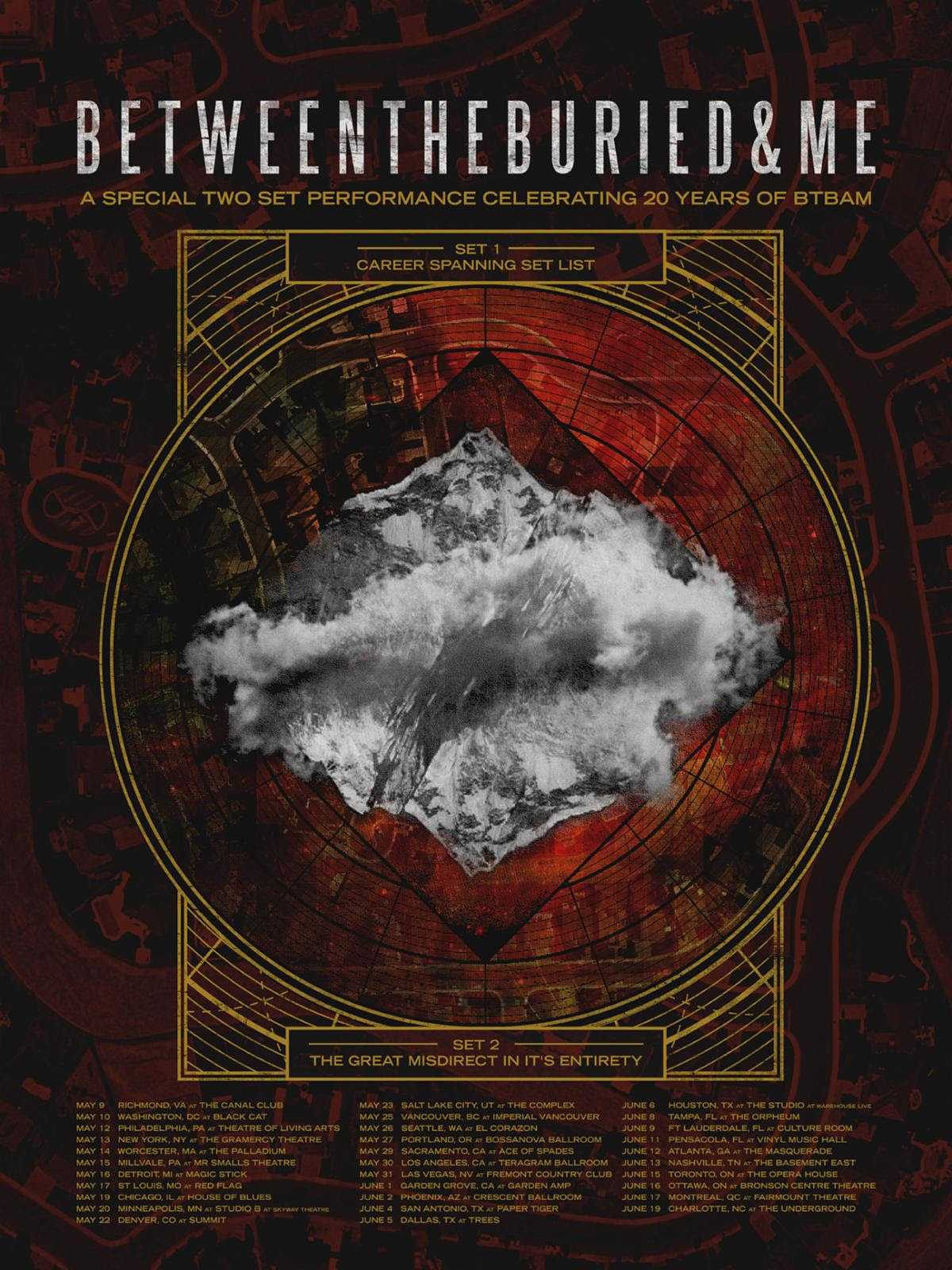