Grammy Award Winning legendary music icon and master of progressive rock, Alan Parsons will return with a new album, The Secret on April 26, 2019 via Frontiers Music Srl. The first song from the album, entitled “Miracle”, featuring Jason Mraz on vocals, has been made available and can be streamed below.

Alan and Frontiers‘ relationship began in 2010 when the label released Eye 2 Eye – Live in Madrid. They have kept in close contact since, with the ultimate goal to release another album together. Alan wanted it to be a really special album and only recently have the right plans and ideas fallen into place where Alan felt ready to enter the studio to record what he had in mind.

“The writing and recording sessions are going incredibly well,” says Alan. “The album already has a working title, which is ‘The Secret’, and it will include musical and lyrical themes that are very close to my heart and my own interests and passions. I do not really want to reveal a lot about it, except that for the moment everything that surrounds ‘The Secret’ is going to be just that… a secret!”

The overall musical approach of the album is expected to be in keeping with the symphonic rock that Alan explored on his earlier solo records and the “Project” albums. But, of course, there will be new twists and turns and robust new creative inspiration behind the album. Some special guests will be on the album, but those will be revealed later… again, in keeping with the working title of the album, The Secret.

Of the collaboration with Mraz, Alan says, “I met Jason two years ago through a neighbor who grows coffee on his ranch. Jason wanted to grow coffee himself and our neighbor, Jay was kind enough to introduce us since we had mutual musical interests. For ‘Miracle’, Jason recorded his vocals in Dallas while I listened in Santa Barbara and we sent files back and forth, resulting in this song. Thus proving that you don’t necessarily have to be in the same studio with someone to create music. This was also the case with Lou Gramm on the track “Sometimes”, which he sang in New York.”

Mraz adds, “‘Eye In The Sky’ is a song I have a very early memory of, strapped in the backseat of my mom’s green Fiat, 1982. Alan Parsons is on the radio and I’m singing along, harmonizing. That sound of rich harmony over magical words would stick with me for my whole life and ultimately become what my own career is about, trying to solve universal quandaries through song craft.” When Mraz heard “Miracle”, he said, “I loved it. It sounded like a song right off of ‘Eye In The Sky’. As if no time had passed, proving time might just be a construct after all”. Working with Alan was magic. Alan is very kind, very creative, and very authentic,” concludes Mraz. 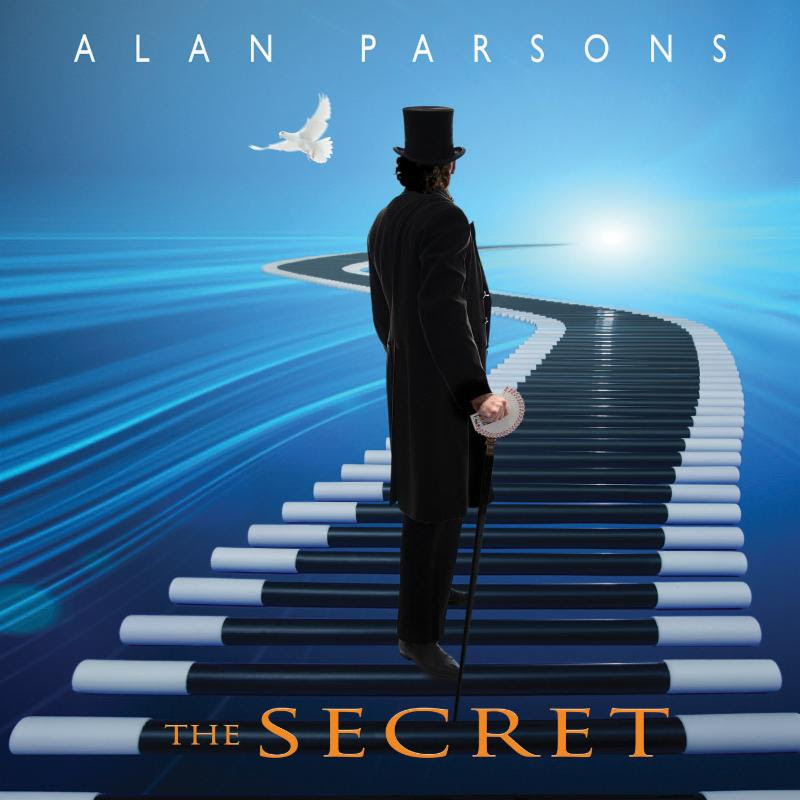 Frontiers president Serafino Perugino commented: “This is pretty much a dream come true for me. For Frontiers being able to represent the artistry and the talent of such a huge artist is a magnificent opportunity. We look forward to this release as much as Alan‘s fans and it will see the light of day in multiple exciting formats. Stay tuned!”.

Parsons said: “I wish to thank Serafino and the team for the commitment and the patience to make this happen. To the fans… we’ll see you soon on a world tour!”

The track listing for the disc is as follows:

Alan’s history in the music business one is a storied and unique one. His music career started at 19 when he earned one of his his first credits as assistant engineer on THE BEATLES‘ Abbey Road, an album recorded in the legendary London studios of the same name. He soon become a well-respected studio engineer, working for Paul McCartney, THE HOLLIES, and many others. He is particularly renowned for his work as recording engineer on the PINK FLOYD masterpiece The Dark Side of The Moon. This classic album was recorded in 1972 and Parsons experimented with many of the most advanced recording techniques of the time. As a producer, he enjoyed many successes with PILOT, STEVE HARLEY AND COCKNEY REBEL, John Miles, and Al Stewart, including the masterwork Year Of The Cat.

THE ALAN PARSONS PROJECT released ten acclaimed studio albums, but never performed live during the heyday of the albums, even after several U.S. and European Top 20 hits. The PROJECT made its final album at the end of the ’80s with the album Gaudi. Since then, Alan has released a number of recordings under his own name using several musicians that also appeared on the “Project” releases.

As well as receiving gold and platinum awards from countless countries, Parsons has received eleven Grammy Award nominations for his engineering and production work. In 2007, he was nominated for “Best Surround Sound Album” for his studio album A Valid Path.

In 1994, Alan Parsons started touring regularly as THE ALAN PARSONS LIVE PROJECT and has released a number of live releases in audio and video. His live concerts continue to this day.