Legendary amongst lovers of tango/romantic music in general, and archetypal tragic hero mourned throughout Latin America after his death in an airplane crash, French-Argentine singer, songwriter, composer and actor, Carlos Gardel sang in one of his most famous tangos the line “…Que veinte años no es nada…” – Spanish for “the pass of twenty years is nothing” –. Nonetheless, if you are a mere mortal like myself, a twenty years’ period actually feels like a lifetime. Heck, even 10 years is a lot of time, even when our own perceptions of time change over our lives, pretty much depending on what we are doing and when.

Now, imagine a band active for over 50 years, which is twice and a half more than the time Gardel considered a piece of cake. That’s the case of Chicago. The seminal soft rock and jazz fusion act – also known as “rock and roll band with horns” –  keeps touring after more than half a century from their formation in 1967, pushing the envelope of endurance and longevity to places where very few others have dared. Chicago is one of the longest-running and most successful rock groups, and one of the world’s best-selling groups of all time, having sold more than 100 million records, and this year they embarked on a summer co-headlined outing with REO Speedwagon, fittingly dubbing their set as “Chicago’s longest show ever,” as they chose to celebrate their famous sophomore 1970’s platinum-certified album Chicago II by playing an initial first set of it in its entirety, followed by a second set of their ageless hits. 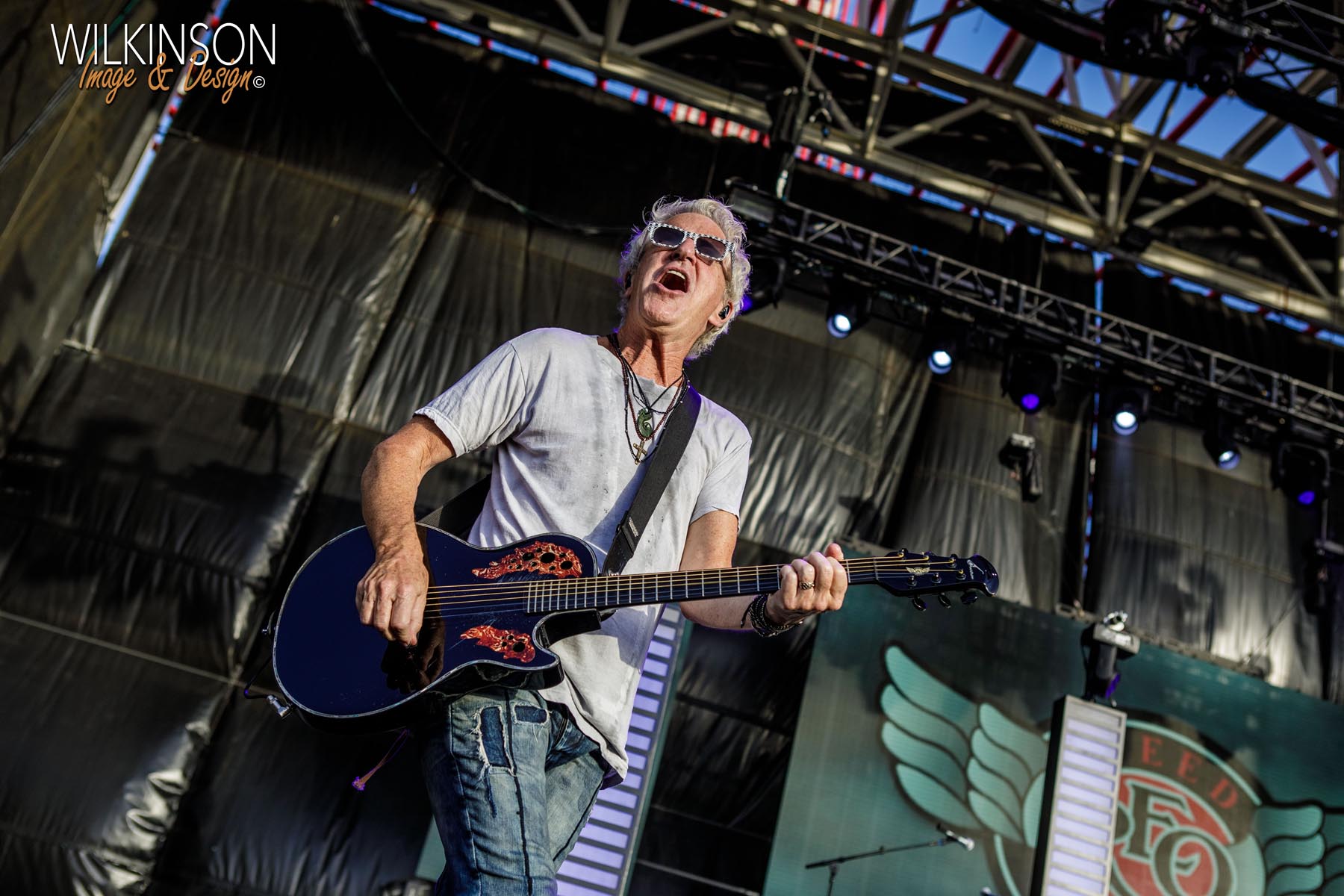 REO Speedwagon started the night’s enjoyment at the massive Austin360 Amphitheater with a set securely placed in the warm and comforting waters of nostalgia. Unlike many of their contemporary acts which struggle to keep relevance after losing original members and coming out of prolonged hiatus, REO keeps doing justice to their mainstream popularity, with a 66-year-old Kevin Cronin singing “Don’t Let Him Go,” like if his life depended on it. Displaying high energy, and pairing their stage presence with a carefully tweaked sound, they offered a couple more songs off 1980 best-selling album Hi Infidelity – the grand piano pounder “In Your Letter” and the bold rocker “Tough Guys” intertwined with staples like “Can’t Fight This Feeling” and “Back on the Road Again”. A cheerful moment came before the band played “Keep On Lovin’ You,” Cronin addressed the audience saying “Our lives have not been quite the same after I wrote this song’s three main piano chords…”, and the crowd answered a unanimous applause, singing and dancing until the final note in the form of a wonderful rendition of Tom Petty and the Heartbreakers’ “Listen To Her Heart”.

In front of an enthusiastic, generation-spanning audience Chicago came to stage, and as mentioned earlier they dedicated their first set to their second album, from head to toe. It was definitely a bold move to perform a 67 minutes long record – which doesn’t include any of the 80s-era power ballads – in front of a crowded venue, thirsty to hear “Hard to Say I’m Sorry,” once again. Despite the sight of some in attendance, either leaving and/or staying with long faces, the band held it together admirably, with founding members Robert Lamm (keyboards/vocals), Lee Loughnane (trumpet/vocals) and James Pankow (trombone) leading the stage fun with coordinated antics and funky dance moves, bringing the audience to their feet, clapping and fist pumping all the way through the delicious extended jam of “25 or 6 to 4”. The second set included some cuts for the average non-Chicago fan like “If You Leave Me Now,” “You’re the Inspiration,” and “Get Away”, sprinkled with time-defying and powerful compositions like “Beginnings,” “Does Anybody Really Know What Time It Is?.” The night’s ending came riding a high note with the double punchy whammy closer of “Saturday in the Park” and “Feelin’ Stronger Every Day.” 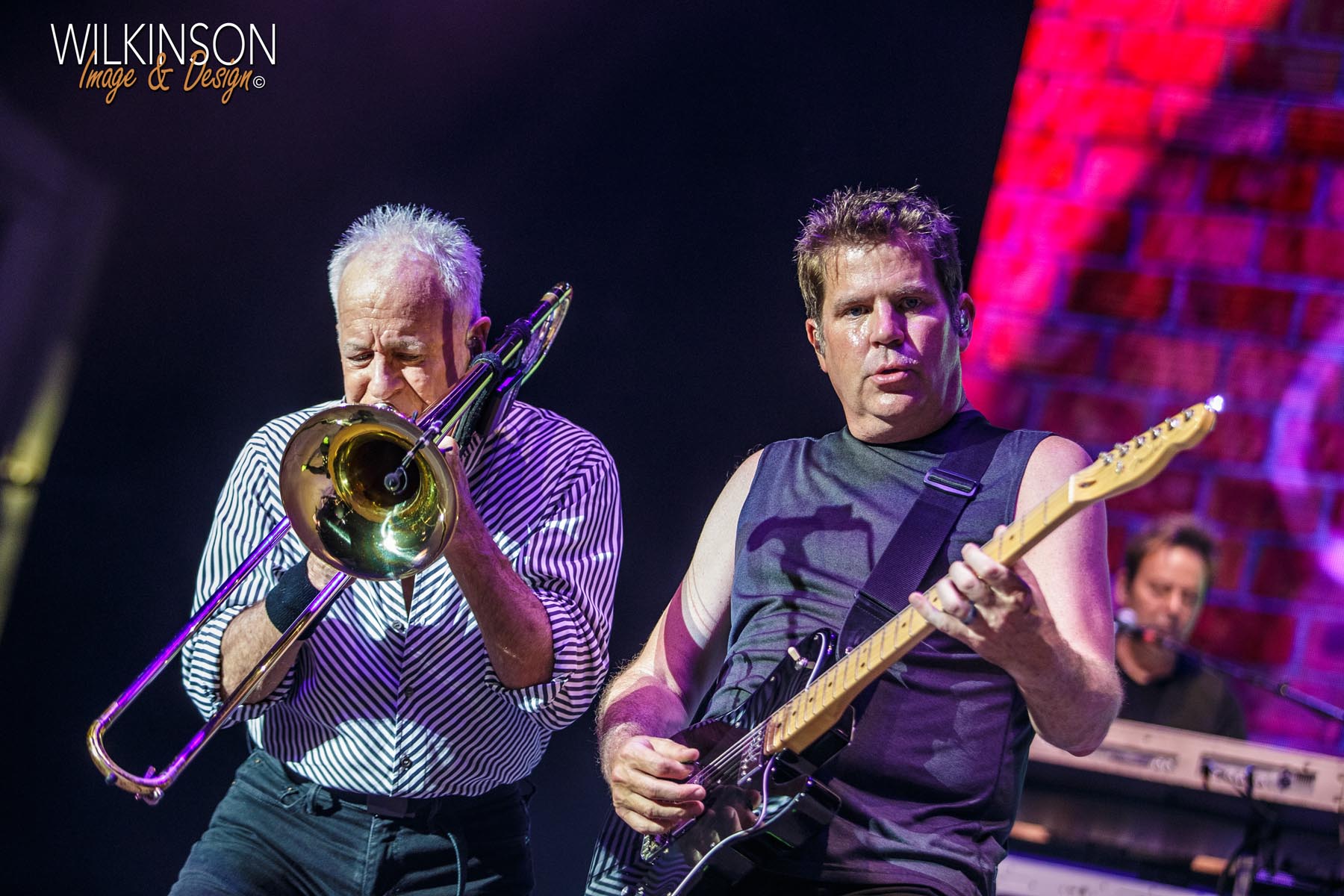 Einstein once explained relativity by comparing 3 hours spent with a beautiful woman, which seems to take 5 minutes, and 5 minutes with your hand on a hotplate, which seems to take 3 hours. Chicago and REO Speedwagon managed to pull a sleight of hand and transported hundreds of souls back in time on a night of music that lasted more than 3 hours but flew under our senses like those five minutes we want to relive again. I might have to re-think about Gardel’s verses as maybe our human perceptions of time change when there’s timeless music involved.

Beginnings / If You Leave Me Now / Dialogue (Part I & II) / Does Anybody Really Know What Time It Is? / You’re the Inspiration / I’m a Man (The Spencer Davis Group cover) / Street Player / Just You ‘n’ Me / Hard to Say I’m Sorry / Get Away / Saturday in the Park / Feelin’ Stronger Every Day