The old ways are still the strongest.

Too often a band’s present merits are judged by how much progression their sound has made, which is basically a fancy way of saying how much a band has altered their original style to suit the individual caprices of the person saying so. In death metal circles, this tends to perpetuate the sentiment that bands such as Entombed, Death, At The Gates, and Suffocation; i.e. bands that pioneered some distinctive subgenre within the broader one and only on those relevant albums of the day, are worthy of titles such as masterpiece. This is naturally not to downplay the massive importance of the efforts under consideration, but there is definitely something to be said for bands that refine the existing conventions of a style and create great songs while doing so, which is the business that Swedish death metal’s long unsung hero Unleashed has been in since 1989.

Regularly credited as one of the earliest bands in the genre to shift away from lyrical pursuits limited to horror and gore in favor of storytelling from the Viking age, this outfit has nevertheless altered their style very little in the past 29 years. Barring the obligatory updates in studio production quality and maybe a varying degrees of technical prowess in the instrumental department befitting the early 90s old school death metal formula, there is little to separate where Unleashed finds themselves today and where they were when Where No Life Dwells first hit the shelves (though the Viking-oriented lyrics didn’t come in until a couple albums later). It is in light of this that 2018’s The Hunt For White Christ finds itself, a towering colossus of old school death/thrashing with a hint of blackened coldness that is stylistically a throwback, yet sonically appropriate for today’s metal climate.

Every auditory treat that fans of the Swedish scene from Dismember to Unanimated expect out of a seasoned veteran are on full display here, distilled down to their near purest possible essence and rolled out in compact 3-5 minute packages. Leaping right out of the front line of the stalwart ranks is a veritable berserker of an anthem to Viking bravery in a thrashing beast of a song dubbed “Lead Us To War”, spearheaded by a blinding set of tremolo riffing madness that would make Ihsahn blush and a blistering battery from the rhythm section like an earthquake shaking the very halls of Valhalla. Similar fits of unfettered rage in “They Rape The Land” and the riveting closer “Open To All Of The World” hit with roughly the same degree of power, churning out one memorable riff after the next before exploding into climactic fits of lead guitar mayhem that put even the likes of Trey Azagthoth and the Hoffman brothers on notice. 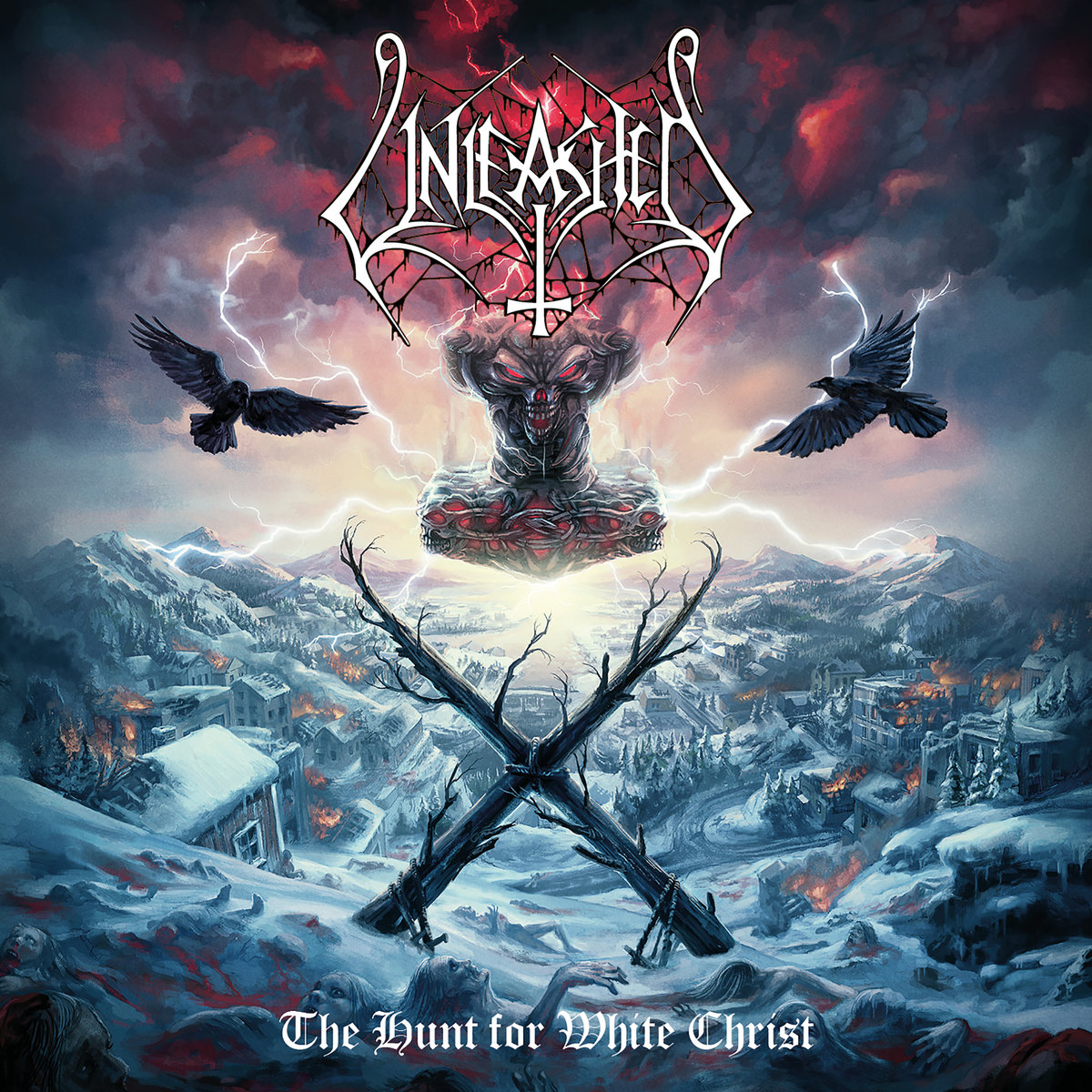 Although this latest death metal excursion is a cut above much of the competition and sets new precedents on technical flair and aggression alone, the true testament of this album’s greatness is in the songwriting, which brings the memorable hooks even without the melodic vocal content normal associated with the concept. The implicit melodic grandeur in the game of riffs behind Johnny Hedlund’s morose growls on songs like “The City Of Jorsala Shall Fall”, “Gram” and “By The Western Wall” weaves seamlessly between the consonant harmonic progressions of the Gothenburg trio and the Eastern-tinged mysticism of Nile. Likewise, the employment of haunting quiet segments and layered melodic guitar content on the even more blatantly Mid-Eastern flavored anthems “You Will Fall” and “Terror Christ” adds a degree of nuance and buildup to complement the furious array of Cannibal Corpse-like thrashing and blasting.

In addition to being one of the better outings to come out of Unleashed’s now quite extensive body of work, there is a pretty clear case to be made that despite originating as an uneven split-off band of the pioneering Nihilist project (the rest of whom formed the iconic Entombed), that this band is now the premier band of Sweden’s death metal forefathers. While Entombed sees two rivaling factions battling for control of an admittedly played out death ‘n’ roll fad, Grave chugs along at a respectable yet slower rate and Dismember has been defunct for going on 7 years now, Hedlund and company seem to have come out of things with the last laugh and a major contender for best death metal album of 2018. Forget the edited for television version of Viking exploits that various Folk outfits offer or even the harder-hitting version that Amon Amarth trots out, if you want the real definition of Norse brutality, this is the album to hear.

“The Hunt For White Christ” Track-Listing:

The epic tales of yore where Vikings terrorized the high seas and the shores of Europe are alive and well, told through the oldest yet still rarest expression of old school Swedish death metal rage and splendor