If you are reading this review, chances are you are pretty much familiar with Neal Morse, probably the most prolific multi-instrumentalist, bandleader and progressive rock composer of the last three decades; therefore I don’t feel I need to introduce him, or take you back in history when he began to collaborate with Mike Portnoy in 1999 to give birth to Transatlantic. Together the pair has launched four bands and has collaborated in more albums I can keep the count of. Over the years, Neal along with Mike Portnoy and Randy George always assembled musicians as needed to support Neal’s solo music; until they finally came full circle with the addition of Bill Hubauer (keyboards, vocals) and Eric Gillette (guitar, vocals) in 2012. And now, after a very successful first album entitled The Grand Experiment in 2014, they have embarked in a new journey in the form of The Similitude of a Dream, a double concept record to be released next November 11th. 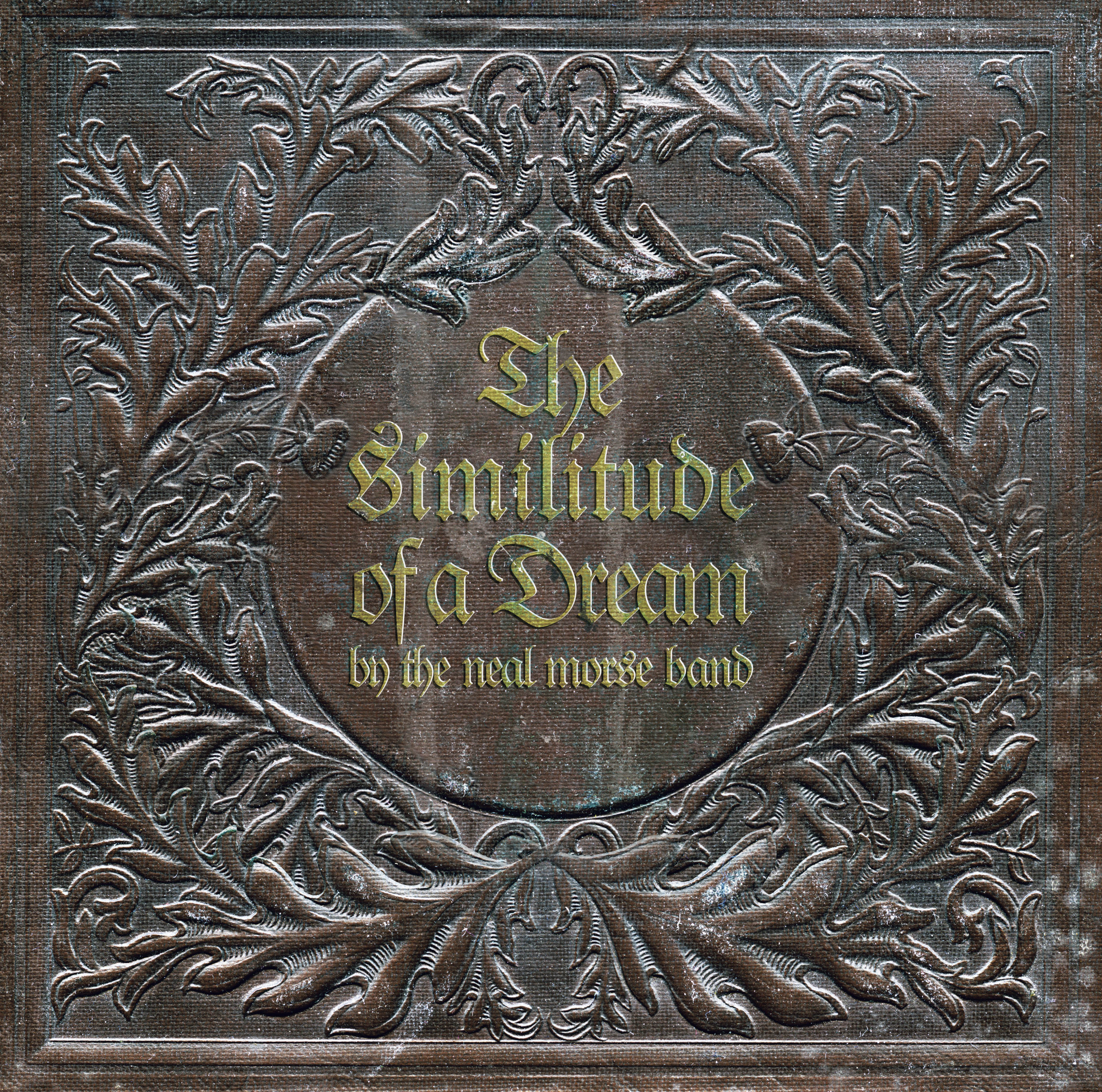 “The Similitude of a Dream” Album Cover

I don’t remember the last time an album caused so much excitement and expectations in the the prog-rock community. Some months ago Mike Portnoy caused a big revolution when he took to Facebook to write “I honestly think this is THE album of my career. Neal and I have now made 18 studio albums together, and I consider THE SIMILITUDE OF A DREAM the absolute creative pinnacle of our collaborations together. I’ve always had a soft spot for double concept albums such as Pink Floyd’s THE WALL and The Who’s TOMMY, and I can bravely say that I think we’ve created an album here that can sit side by side with those masterpieces. Bold words, I know, but after a career of almost 50 albums, I honestly consider this to be one of the defining works of my career.” The buzz has been nonstop ever since, and to be honest I was a bit skeptical for a while. Neal and Mike’s musical careers have intersected many times producing memorable albums, many of them garnering landmark status; but Mike’s words were really audacious. Being very familiar with Neal’s music I couldn’t wrap my head around the fact this new record could surpass a personal favorite of mine like The Whirlwind. I definitely had to listen to the 100 minutes of music contained there to form an opinion of my own. And that’s exactly what I’ve been doing for two weeks in a row. And I haven’t been able to stop…

Rather than going track by track (which others have done as elegantly and eloquently or more so than I might) I would like to offer just a few general comments….

With 23 songs on the album, the longer clocking in 9:58 minutes The Similitude of a Dream is an amusing, intricate, impassioned, and emotion-filled harmonious achievement. “Epic” doesn’t begin to describe what these five musicians have managed to pull off here (and I’m using the term “epic” to convey a sense of cohesion and grandeur, opposed to the common use of the word in the prog-world in reference to long pieces of music). Eric Gillette and Bill Hubauer have completely gelled in, and their contributions drive the music to richer and more powerful places, broadening the extent of the harmonies and arrangements even further: there’s a real band’s chemistry going on, and if they had it on The Grand Experiment they simply took it to a different galaxy now. Being a double concept album many would think it’ll have a filler tune here and there. Fear not, every single song is strong and stands on its own. The music flows in an incommensurable and organic way, never letting you to deviate your attention from it, and most importantly: keeping you interested without the minimum sense of listening fatigue. There’s plenty of flawless musicianship at display, however neither the focus is there, nor for a second they get carried away by instrumental parts and odd time signatures madness. The songs take many drastic turns throughout and many influences can be heard, from metal riffing to blues soloing; from Beatles-influenced vocals to gospel choir sections; from jazzy infused interludes to catchy Queen-esque adventures choruses, which by the way are the best they have ever done. Melodies move through, and sometimes certain musical themes heard earlier are reprised, bringing unity to the piece and keeping the story being told accessible and unforced while carrying the listener through the myriad of moments narrated in the lyrics.

I like The Similitude of a Dream more every time I hear it. It is a fantastic progressive rock opus in the best tradition of the finest prog of the 70s and is an album that I find tremendously satisfying, both spiritually and musically. It has everything any prog fan can ask for and then some, it is really the prog fan’s wet dream. There’s undeniable sense of conviction that powers not only Morse, but reverberates throughout the whole band, and it takes you in a unique, mind-blowing and memorable hook-laden musical journey. After November 11th all will be left is a discussion about what would be the winner for the second spot of prog-rock album of the year, because The Similitude of a Dream takes the throne easily. If for any reason you’ve avoided partaking of Neal Morse’s progressive music, with the release of The Similitude of a Dream you now officially have no legitimate excuse.

I personally can’t see any reason why I shouldn’t vote this record as a masterpiece… and you can quote me on that.

“The Similitude of a Dream” CD tracklisting: