The crusty exploits of a death/doom icon.

Few names are more synonymous with death/doom than that of Paradise Lost, and not simply due to them being one of the early pioneering acts in merging the depressive, slow-trudging woe of the latter with the dissonant rage of the former. There is a certain sense of genuine artistry that has flowed from their output, even in their more recent years as their orthodox blend of ferocity and sorrow has taken on a more rocking, gothic demeanor. It naturally stands to reason that the combination of nuanced songwriting and technical ability that has been a staple of said band for the past 30 years would be featured heavily on any offshoot projects that would come about from any of its longstanding members. However, Strigoi offers a truly unique eventuality by featuring the six-string slayer who gives the aforementioned death/doom icons their virtuoso edge in Gregor Mackintosh as songwriter, shredder, and vocalist, in the context of a virtual power trio no less.

The rather curious relationship that British death metal has shared with grindcore and other punk rock offshoots is very much a staple on this project’s debut LP “Abandon All Faith”, opting for a heavily crust-infused aesthetic. When combined with Gregor’s existing tendencies towards a dank, doom-driven take on death metal, the sonic picture that emerges is one of a sludgy film that could best be described as an early 90s death metal throwback with a production thick and muddy enough to rival Crowbar at their absolute murkiest. Much of this is accomplished through a heavily distorted bass sound courtesy of Devilment bassist Chris Casket, who collaborated with Mackintosh as a live musician in the recently defunct Vallenfyre, another side-project of the latter that had more of a traditional death/doom throwback character of sound. His contribution to the sound of this album is simple but highly noticeable, almost like a more extreme metal version of what Peter Steele would bring to the table on bass.

While much could be said regarding the highly competent character of this band’s rhythm section, including the thunderous racket that session drummer Waltteri Vayrynen offers up, this is primarily Gregor’s show and he spares no expense in laying on the raunchy riff work with a surprisingly flashy amount of detailing on the fringes. For the most part, his vocal presentation is a classic deep guttural groan that has been an obvious staple of the death/doom sound since its primordial period, having some resemblance to the sound of Chris Barnes’ seminal work with Cannibal Corpse, but more elongated and agonizing in demeanor. The real splendor is to be found in how he handles his principle instrument, offering up an array of chunky grooves, nimble thrashing elements and an occasional helping of blurring tremolo work that slightly crosses into blackened territory. Just about every song heard on here features a flash guitar solo, largely channeling the frenetic character of the early Swedish shredders of Entombed and Dismembered with a slightly sloppier demeanor. 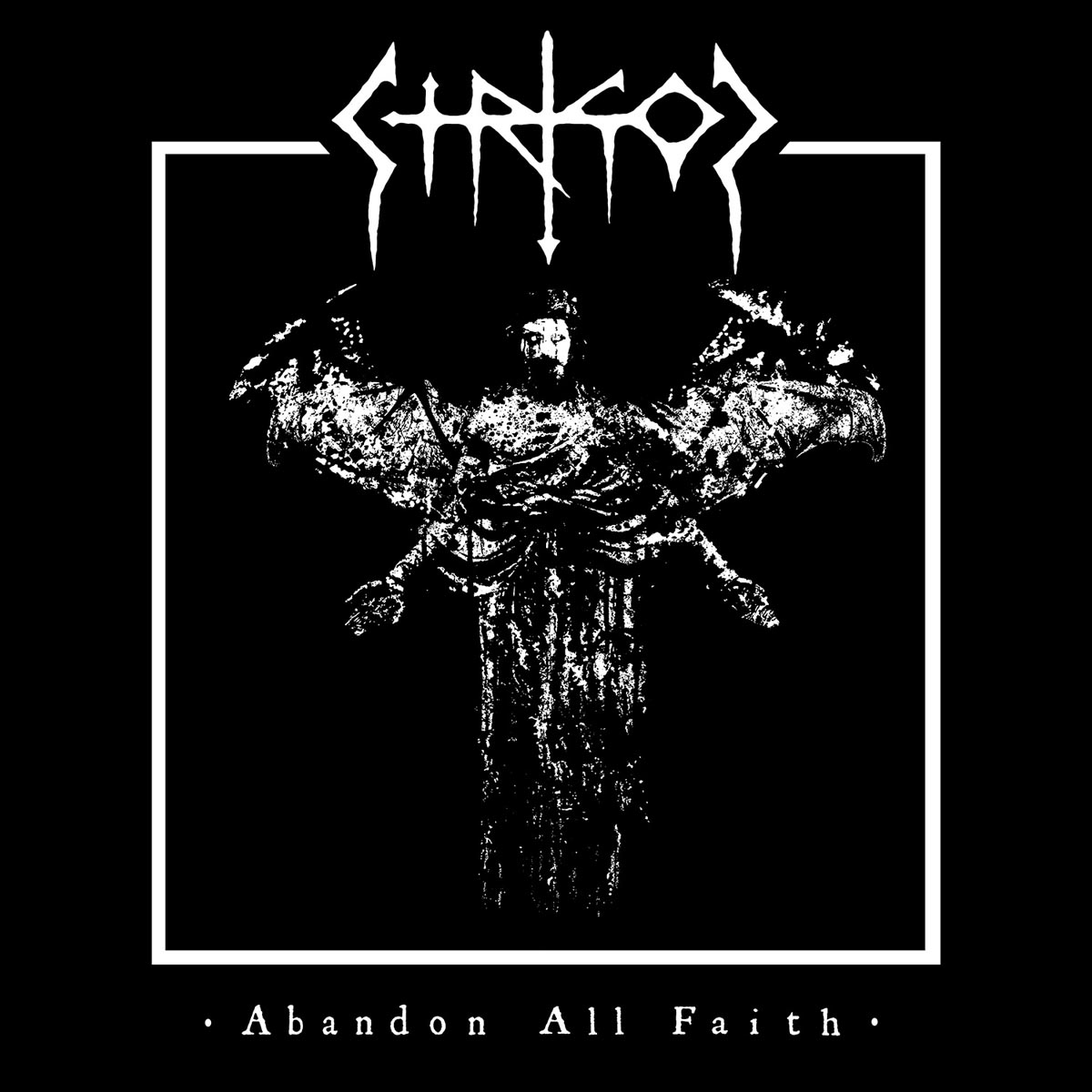 As far as death metal goes in the abstract, this is an album that offers a bit of something for everyone, all of it translated into a general template of agonizing doom with the prototypical occult/supernatural aesthetic that tends to go with the style. Those seeking punishingly slow dissonance will find formidable offerings in “Carved Into The Skin” and “Abandon All Faith” that will instantly remind of the early 90s classic death/doom sound that many older fans of Paradise Lost have been missing of late. However, much of this album is concentrated on the faster end of the death metal spectrum, occasionally shifting into full on crusty hardcore mayhem as on “Nocturnal Vermin” and the blast-thrashing insanity of “Throne Of Disgrace”, but otherwise offering up a biting death/thrashing approach with a sludgy demeanor, perhaps best exemplified in the riff happy goodness of “Seven Crowns” and “Plague Nation”, yet being a constant staple throughout the lion’s share of this album’s duration.

Far be it for anyone to suggest that Paradise Lost has had anything but a consistently solid output over their entire career, but it’s a pretty safe bet that those who have come to prefer the way things were in said band’s sound arsenal prior to the shift over to a more rocking demeanor will find this album a welcoming return to form under a different moniker. It’s pretty clear that Gregor Mackintosh has always had one foot firmly rooted in the way death/doom was played during the height of the original death metal era, and here he brings his other foot all the way back to rest in the same swamp where feelings of rage and intense melancholy collide. It’s a tad muddier of an experience when compared to Vallenfyre, but it offers a fairly similar experience and will hopefully to prove to be at least as prolific in the coming decade.

The ever-expanding world of extreme metal receives yet another unique offshoot courtesy of one of death/doom’s original progenitors, further blurring the lines between where death metal ends and punk begins