Trench warfare with a melody.

One can scarcely utter a word concerning European power metal outside of its most rigorously schooled core audience without Sabaton entering the conversation, and not without good reason. While they’ve never been the fastest, the most technical, or even the most over-the-top adherents to the style in this post-Helloween climate, they have carved a very unique niche for themselves that has continually set the apart from the pack despite a growing array of imitators like the Israeli-based Desert, Canadian outfit Ravenous, and the well known spinoff act Civil War that was born out of a schism between founder and lead vocalist Joakim Broden and most of the musicians that stuck with the band over a decade since their inception. In the time since said 2012 lineup revamp, Sabaton has been on a trajectory of greater brevity and frugality in the musical department, and their latest offering The Great War represents a new standard in getting the job done in short order.

For all of the implicit splendor and elaboration that one might expect from an album dedicated to some of the most consequential battles and events in modern history, this is an album that largely stays close to home and doesn’t rock the boat too much in the instrumental department relative to the last couple albums. The only area where they seems to be some degree of stylistic evolution relative to the recent past seems to be in a heavier emphasis upon the keyboards and massive choirs that have generally been a staple of melodic power metal, and this may owe to a fair extent to the entry of Reinxeed guitarist and front man Tommy Johansson entering the equation. Though not any more technically capable than his predecessor Thobbe Englund, who has a similarly Malmsteen-oriented approach to his various other projects, Johansson is also a highly accomplishes tenor whose soaring high notes do much to fill out the choral harmonies during each song’s triumphant refrain, and also injects some Neo-classical elements that were only present in a far more subtle light previously.

The militaristic compactness of this album is about as blatant as can be, even when compared to the most formulaic offerings that have since become live staples of this band such as “Primo Victoria” and “Wolfpack”. Nevertheless, the highly competent mixture of infectious vocal hooks delivered up by Broden’s gravely baritone (some have likened him to power metal’s answer to Lemmy Kilmister) and the occasional technical flair of the guitar work gives this album the needed edge to make up for its short duration. Upbeat cruisers such as “Seven Pillars Of Wisdom” and “Devil Dogs” showcase some fairly fancy yet measured guitar solo battles between Chris Rorland’s expressive harmonies and Johansson’s dynamic, Yngwie-infused shredding, but more importantly, feature a more involved riff content to further bolster Broden’s gritty war stories. Other intricate anthems that keep things short and sweet include the fast-paced riff monster “Fields Of Verdun” and the Stratovarius-leaning rocker “82nd All The Way”. 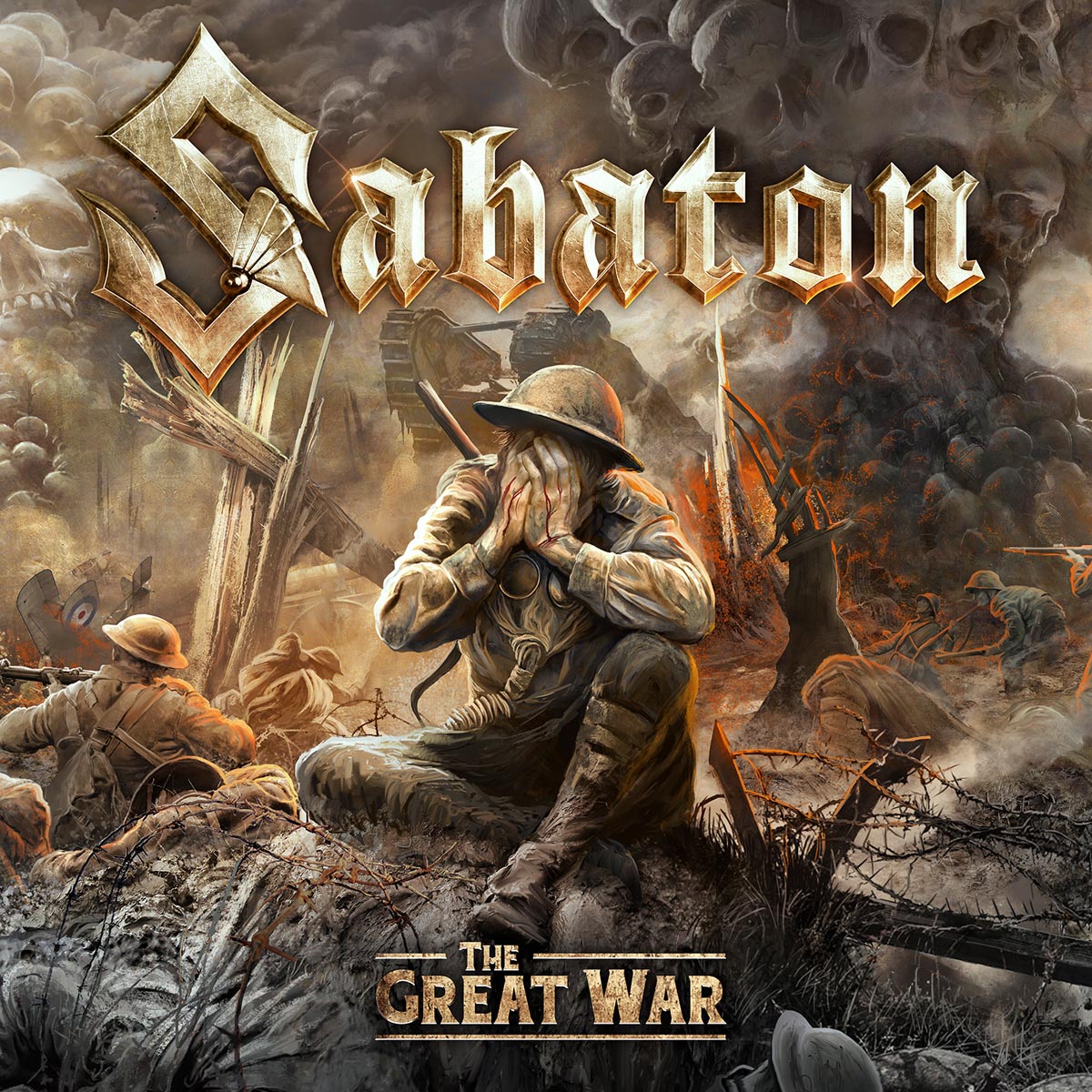 As noted previously, there is a bit more going on here musically than one might expect given the radio-oriented shortness of almost every song in congress. Following a somewhat cinematic and modernized intro, the opening anthem “The Future Of Warfare” has a fairly elaborate rhythmic structure to match the reasonably busy riff work, transitioning through a series of shifts in feel and having a denser overall feel thanks to the added backup vocal input of Johansson as mentioned earlier. The swinging ode to Germany’s most feared fighter pilot “The Red Baron” kicks off with a quotation of J.S. Bach’s famed “Fugue in G minor” before throwing a few Deep Purple-styled rock organ curveballs alongside the typical array of dense guitar and keyboard work. Even the slightly longer power ballad turned epic monster with a mouthful of a title “The End Of The War To End All Wars” sounds a tad atypical despite failing to break the 5 minute mark, closing the metallic content on this compact anthology on an obvious high note.

At the end of the day, it usually goes without saying that if one likes a Sabaton album they will most likely enjoy all of them. There is a degree of dedication to the brand established on Primo Victoria back in the mid-2000s that has filtered down each successive offering, and The Great War is no exception to the rule, save that it does resurrect that somewhat faster and more technically geared style that this band exhibited during their primordial days as a Swedish adherent to the millennial power metal rebirth, culminating in the eventual belated debut LP that would become their 3rd official one Metalizer. It’s an ongoing testament to a band that has amassed a huge following relative to most of their post-90s fellow alumni, standing the test of time and the passing trends of high octane bluster at the dawn of the millennium and the AOR-dominated variant that supplanted it during the latter 2000s. One need not expect the unexpected here, but one can definitely expect another entertaining ride through the history of human warfare.

The bards of modern warfare have returned with another excursion into the nightmare of 20th century tactics, affirming a stripped down and even more streamlined mixture of arena fanfare and power metal majesty yet again