Remember the heyday of the early 70s when young, hungry bands would churn out an album every year, even as they were in the midst of constant touring? Sometimes those classic albums – ones which we now regard to be in the top echelon of classic and progressive rock – were recorded within months of each other at break-neck speed. Those days are clearly gone. In modern times, bands take multiple years to release albums as common practice, if they even choose to record new material at all. So it comes as a refreshing surprise to find the sophomore album from Pattern-Seeking Animals being released a scant 10 months after their debut hit the shelves in the summer of 2019. Perhaps this is an approach that other bands could learn a thing or two from, as it’s evidently worked out remarkably well for P-SA. Not only does “Prehensile Tales” easily eclipse their well-received debut, it will likely be a contender for one of the best prog-rock albums of the year.

One of the strengths of “Prehensile Tales” is that they mix styles and genres seamlessly and un-apologetically. The first ten seconds of opening track “Raining Hard In Heaven”, rooted in a groove eerily similar to “Billie Jean”, offer no clue that this is a progressive rock band. In short order it turns into one of the best pieces the band has yet recorded. The engaging verses immediately reveal the strength of lead singer Ted Leonard’s voice and the songwriting skills of John Boegehold. But it is in the instrumental section that the mastery of the whole band comes to fore, layers of Boegehold’s keyboards swirling above the esteemed rhythm section of Jimmy Keegan on drums and Dave Meros’ bass. Their intoxicating arrangement of ascending passages leaves plenty of room for Keegan to work his magic, punctuated by Meros’ punchy runs and seeking patterns. When they return to the final verse, Keegan’s backup vocals blending with Leonard’s lead, it’s a breathtaking finale. And the album has only just begun.

“Prehensile Tales” is dominated by lengthier tracks, but let’s establish at the outset that the band doesn’t need more than five minutes to write a convincing song. Indeed, two of the best pieces are the shortest. “Why Don’t We Run” excels at the genre-melding approach, starting with an oriental figure, rooting in spaghetti-western Tex-Mex acoustic guitar strumming and trumpet blaring, while incorporating middle-eastern hand percussion and violins along the way. It’s a unique blend that we can maybe only categorize as: Pattern-Seeking Animals. “Elegant Vampires” is perhaps even more successful. Is its secret the lounge piano, the conga drums, the songwriting hooks which blend pop with a sense of dread, or the incredible bass tone that Meros gets out of his John Carruthers bass? Probably all of the above, melding together in a stew that is original and yet accessible. 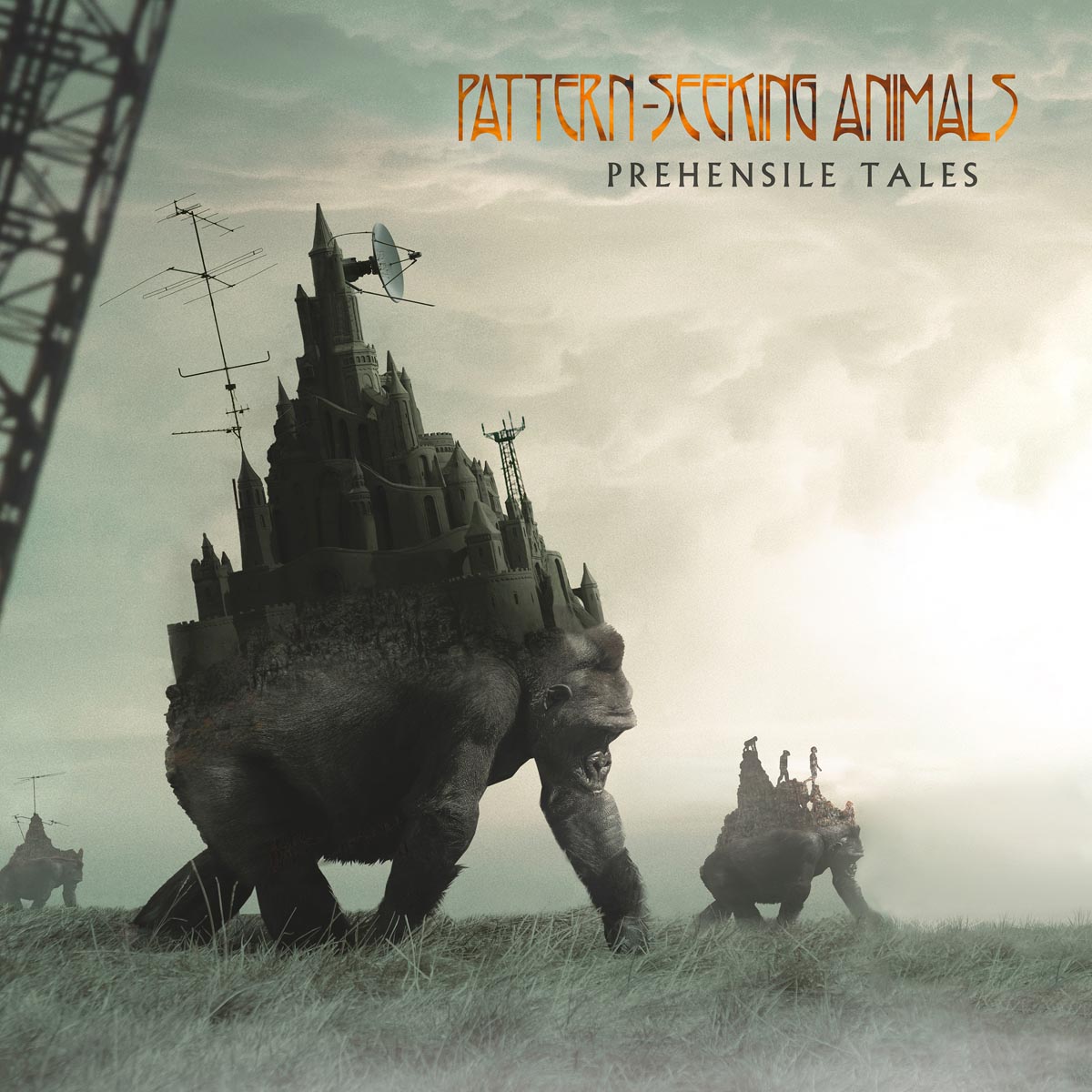 Of course, the band doesn’t lose any momentum when they hit their stride with a full-length prog epic. This was where they excelled on their debut album and if anything, they’ve taken it up a notch on album number two. “Soon But Not Today” is a linear piece that moves through several different styles but seldom looks back. Starting off as a ballad, moving into a reggae groove and winding up in a full-on Beatlesque blowout, this has a bit of everything in it. The lyrics revolve around Boegehold’s favorite theme: meditations on a central male character who has missed the boat in life in one way or another, but it’s a glorious sonic journey in any case. Speaking of missing the boat, “Lifeboat” takes the band on a longer journey than ever before with an epic tale that runs 17 minutes and then some. Surprisingly, this piece feels more focused than many of the others in terms of style variations, though it branches out with additional musicians supplying sax and apropos trumpet and flute towards the end. Jimmy delivers extra vocal support and Ted’s guitar has room to stretch out confidently. Plus, the sound of gulls and water lapping against the shore at the end transports us instantly to the scene.

Once again the production is helmed by Rich Mouser who is a key asset in making sure this wide variety of tones and textures all blend together in a cohesive and satisfying manner. For this kind of material, there really is no one better to work with, the production is stellar. Mouser even adds some very effective pedal steel guitar work to “Here In My Autumn” which co-exists quite nicely with Leonard’s guitar licks toward the end of the song. Through and through, the entire album is a delight to listen to. Not only have they avoided the dreaded “sophomore slump” but they have gone so far as to reinvent themselves as they expand the definition of what Pattern-Seeking Animals is capable of. As they begin the process of plotting out album number three, we can only wonder if March of 2021 will hold another wonderful bounty of material.

Released by:  Inside Out Music
Released Date: May 15th, 2020
Genre: Progressive Rock

Wasting no time after releasing their debut album last summer, Pattern-Seeking Animals return with a vengeance, upping the bar on every level with an ammo of material bound to stay on heavy rotation. No longer a Spock’s Beard offshoot, the band have confidently stepped into their own expansive identity and the sky is the limit from here