As much as I value experimentation, I must also recognize that some outfits are simply better off focusing on what they do well. Italy’s Labÿrinth  are a case study: after dropping two – and I can’t stress this enough – monumental  power metal albums in the late 90s, they clumsily tread into Progressive Conceptalbumland with the famously incomplete “Sons of Thunder” (a record so disastrous that it damn near ended the band) and two laudable, though not terribly memorable, forays into Not Power Metal. Then came “6 Days to Nowhere,” a record somehow even more unnecessary than “Sons of Thunder,” and power metal’s once-brightest hope ended their second decade with an impotent whimper.

Then founding guitarist and veritable ice giant Carlo “Olaf Thorsen” Magnani returned to the band, magically restored order, and steered his former ship onto its intended course. Labÿrinth absolutely slays when they do the power metal thing, to the point where even I, a vocal critic of the genre, am grateful for their very existence. “Return to Heaven Denied, Part 2” and “Architecture of a God” both more than made up for the band’s previous missteps, the former in particular by making a number of references to the 1998 album it continues without ever stealing from even trying to ape it.

And that brings us to “Welcome to the Absurd Circus,” which sees Labÿrinth continuing down the same path – shreddy, frenetic, neo-classically inspired, and above all classy power metal with just enough dashes of prog-metal and a few unrelated genres to keep picky bastards like me happy. And while Labÿrinth certainly isn’t holding my attention by breaking much new stylistic ground, they absolutely are doing it by not wavering from their steadfast commitment to excellence. It’s really quite simple: keep shit interesting, don’t let anything make the final cut unless it’s top-notch material, and make sure the listener is never compelled to skip to the next track.  “Welcome to the Absurd Circus” succeeds in all these departments.

While we only are permitted few brief glimpses of the band’s past dalliances with electronic music, as on “As Long as It Lasts” and “Sleepwalker” as well as on the undercurrent of “Word’s Minefield,” those moments are a  pleasant surprise given that longtime keyboardist Andrea de Paoli  left the band several years ago. His able replacement Ogel Smirnoff returns for his second album with the band, and  his 70s-sounding organ on cuts like “A Reason to Survive” are a hopeful indication of a perhaps blossoming facet of the established Labÿrinth sound. And the unmistakable voice of Roberto Tiranti never disappoints, whether he dips into his oft-overlooked lower register (“Finally Free”), launches effortlessly into orbit, or shows off that delicate falsetto. How the hell this man still sounds exactly how he did in his mid-20s is one of the mysteries of our time. 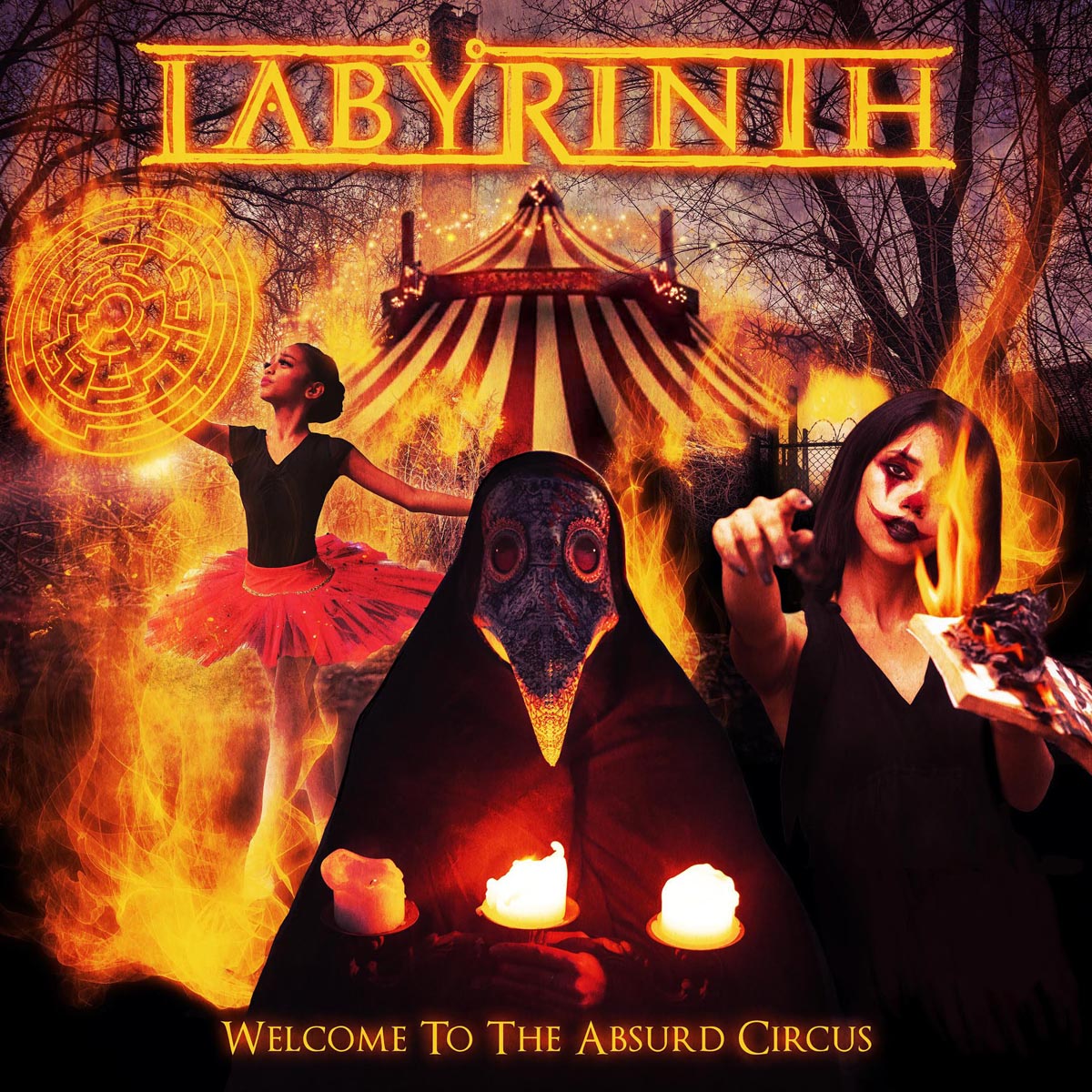 If the past few years have shown us anything, it would be that bands we’d previously written off as out of steam can be plenty capable of making powerful comeback albums, and even rejuvenating their careers. “Welcome to the Absurd Circus” leaves zero room to wonder if those last two Labÿrinth albums were mere flukes. All of it – the strength of the songs, the dizzying interplay between Thorsen and fellow guitarist Andrea Cantarelli, Tyrant’s prowess, and the band’s outright refusal to suck – amounts to yet another solid record with that unmistakable, solidly Labÿrinth sound, and like Iron Maiden’s “Dance of Death” before it, it’s packed with enough lasting material to betray that awful artwork. Would that all power metal were more like this.

“Welcome To The Absurd Circus” track-listing:

It takes a helluva record to supersede my disdain for power metal. With
“Welcome to the Absurd Circus,” Labÿrinth yet again leaps well over my
admittedly snooty opinion that they are one of the very few power metal bands
whose music is worthy of my time.