Heavy metal has long been pinned as a male-only art form, perhaps owing to the gender ratio exemplified in both those who comprised the bands and the audience of the NWOBHM scene. More discerning minds were quick to point out in subsequent years that the contribution of British acts of said day like Girlschool and Rock Goddess could not be ignored, nor the substantial studio offerings tied to Doro Pesch’s career both with Warlock and later as a solo artist. Nevertheless, this stereotype has endured to a large extent and has only recently given way to a slew of female-fronted outfits that came raging out of the European scene following the millennial revival, with the likes of Nightwish, Lacuna Coil and Sinergy paving the way for said wave to reach a crest point by the late 2000s. One of the more notable acts to come raging out of Canada dubbed Kobra And The Lotus has charted a fairly unique course from the rest of the pack, dealing in a more straightforward heavy metal presentation that has garnered them a fair degree of popularity since their 2009 formation.

The modus operandi of this Albertan quintet can be best described as a more mid-paced, rock oriented take on heavy metal that bears some occasional similarities to 80s AOR, but largely works from a more modern template. The musical sum of their latest studio LP “Evolution” arguably presents the purest expression of this approach, forsaking the high octane, technical display typical to fellow Canadian outfit Unleash The Archers, though front-woman Kobra Paige’s powerful rock-based vocal display could be liken to the warrior-like howl of Brittney Slayes. Likewise, it tends to shy away from the overt 80s traditionalism that is generally observed in other contemporaries of theirs’ such as Crystal Viper and the recently defunct Huntress (R.I.P. Jill Janus), and has something of a darker, almost muddy demeanor that hearkens back to the somewhat obscure Gothic demeanor of defunct Finnish metal outfit Lullacry, with maybe a tad bit more of a keyboard presence that occasionally comes off as quasi-industrial in character. 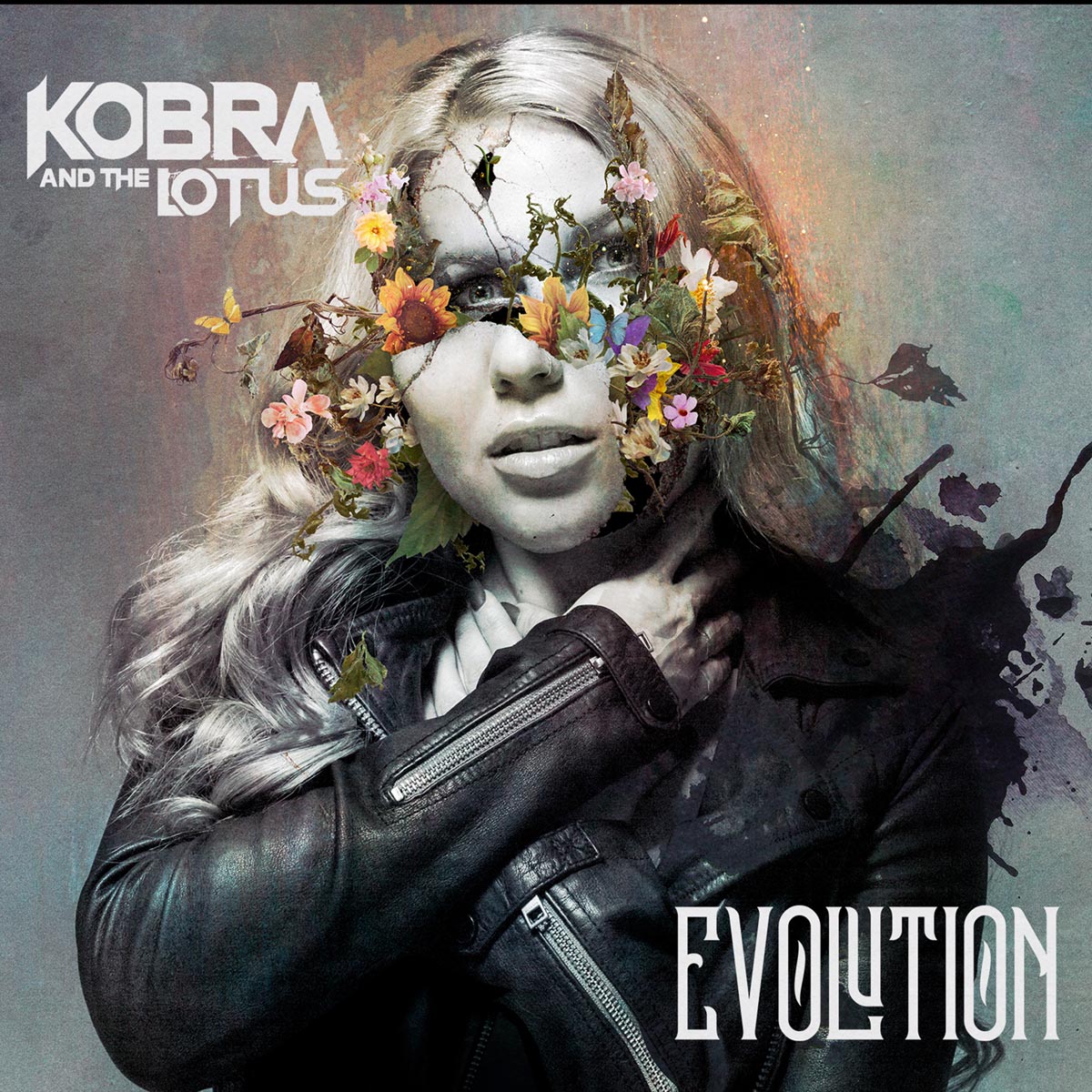 This album’s general demeanor is one of angst and rebellion, though tempered by a degree of slickness that organizes things into an almost storybook fashion. The album’s prelude instrumental “Evodem” has a sort of dreary, atmospheric sense of modernity that channels elements of recent Ozzy Osbourne outings with Zakk Wylde at the guitar, yet also carrying a synthesizer gloss reminiscent of the early Ozzy classic “Mr. Crowley”, a theme that recurs in the album’s opening crusher of an anthem and title track “Evolution” and the album’s most dense and substantial offering and closing anthem “In The End”. Nevertheless, this almost theatrical display of atmospheric elements is tempered with a rigorously heavy and nasty display of metallic riffing that is best displayed on the aforementioned songs, yet even more groove-based rockers such as “Thundersmith” and “Liar” bring on a sufficient degree of punch despite coasting at more of a thudding mid-pace and having a more simplistic character in line with the practices of rock radio.

Despite keeping things a bit more on the minimalist side of the rock/metal equation, this album is not bereft of intricate moments, though they manifest more in some occasional deviations from the typical rock tonality rather than any dramatic shifts in tempo or dynamics. The more melancholy romp that is “We Come Undone” leans towards the melodeath trappings of Amaranthe and recent In Flames, despite the harsh vocals being absent and the lead guitar display having more of a humble, hard rock character. Meanwhile, tightly controlled rockers like “Wounds” and “Circus” have a heightened sense of drama that play very well to Paige’s voice, giving things a bit more of a Goth Rock feel while not really deviating that far from the album’s generally modern demeanor. The biggest outlier from the bunch is the acoustic-dominated power ballad “Wash Away”, dragging things out a tad bit longer yet also giving things a tad bit more of a familiar heavy metal character.

With six studio LPs and about a decade’s worth of experience now under their belt, it’s pretty safe to declare Kobra And The Lotus veterans of the metal scene, and their latest entry reflects a band that is willing to mix things up a bit while still holding onto that Amazonian battle-cry visual. It’s a bit less of an explosive experience than their widely hailed 2014 powerhouse of an album “High Priestess”, and some older fans of the band might find this a bit heavy on the modern rock influences and light on the heroic 80s heavy/power metal riffing that tended to typify previous efforts, but it’s an overall strong entry that will probably rope in some younger metal fans who enjoy the modern melodic groove sound of Amaranthe and Cyhra. What it may lack in impact-based aggression it largely makes up for in infectious melodic charm and a sense of nuance that stands apart from the pack of old school obsessed and symphonic bands sporting a female impresario at the mic.

The Amazon-fronted Canadian purveyors of war with a punchy, modern heavy metal groove unleash another collection of concise and infectious anthems for the current generational cohort to sink their fangs into