Over the past couple decades there has been a fair degree of tribute paid to Celtic culture among various folk metal outfits. From the Ensiferum-inspired grandeur of Spain’s Northland, to the somewhat humbler and more period-instrument dominated flair of Germany’s Suidakra, the various descendants of Europe’s many tribal nations have recounted the memory of the empire that spanned most of the continent and challenged Classical Rome via song. Of particular note, however, has been the extravagant approach taken by Switzerland’s Eluveitie (the Gaulish term for “The Helvetian”). Consisting of nine instrumentalists and sporting a litany of period instruments from bagpipes and whistles to mandolins and even a Hurdy gurdy, the scope of this outfit could be likened to a folk ensemble equivalent of a 1930s American big band. Yet when the musical content of their eighth album Ategnatos is properly considered, in much the same respect as previous outings, they lean much closer to a 90s melodic death metal sound than one might expect.

The overall approach taken with these songs is an exercise in dualities, often times opening the band up to comparison with most of their contemporaries without a singular influence being the outright dominant one. The dueling vocals approach of Chrigel Glanzmann’s deep barks and groans versus the angelic melodies of the recently recruited Fabienne Erni (bearing a strong resemblance to Sharon Den Adel circa Within Temptation’s Mother Earth) has all the makings of that classic beauty and the beast motif originally popularized by Theater Of Tragedy. The music surrounding them, however, walks a very fine line between the all out folksy to the point of being the Renaissance Faire meets medieval tavern sound of Dalriada and Finntroll, and the pompous symphonic bluster with an occasional power metal flavor indicative of Equilibrium and Ensiferum. All of this somehow manages to coexist smoothly with a more conservative melodic death metal foundation that’s often raging and violent enough to pass for the vintage Swedish sound of Amon Amarth and Dark Tranquillity.

Though presented in a storybook fashion and consisting of numerous shorter interlude songs to complement the longer material like a nod to Blind Guardian’s Nightfall On Middle Earth, this is an album that consists largely of moderate length chapters that are fairly easy to digest. Things begin on a highly cinematic note with a voice sporting a heavy Celtic accent giving a brief narration like a scene out of Braveheart, followed by an evenly matched mishmash of folksy pleasantness and blistering ferocity that is the title song “Ategnatos”. Curiously enough, this opening number is one of very few well-rounded combinations of epic symphonic consonance and biting death metal fury, as with the exceptions of the Equilibrium-inspired epic symphonic romp “A Cry In The Wilderness” and the quasi-lullaby meets grandiose duet “The Slumber”, the vast majority of the songs on here present a picture that is a bit polarized between serene odes to naturalistic beauty and biting tunes of war on a blood-soaked battlefield. 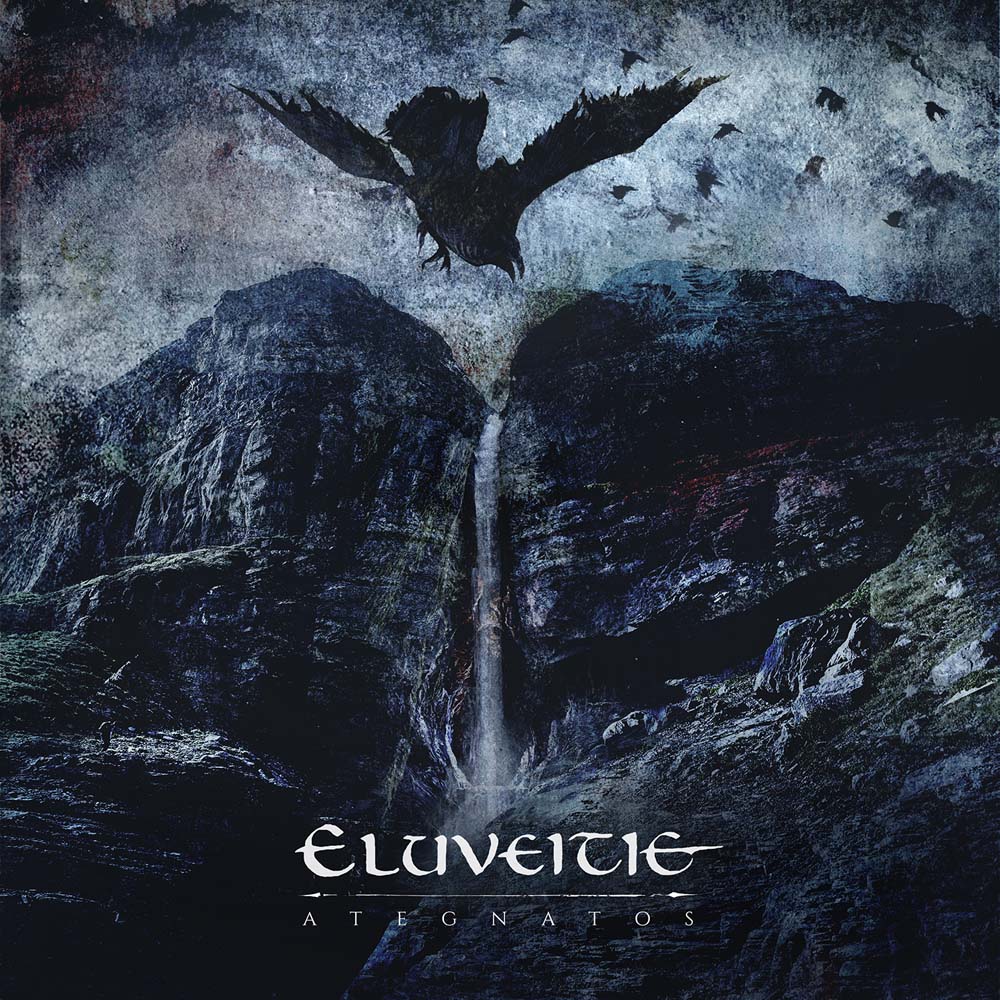 All of this isn’t to say that there are any points where the folk elements totally give way to a pure Gothenburg excursion on any individual songs, as there is almost always allowances made for a noodling pipe or plucked string instrument outside of the traditional metal arrangement. Be this as it may, the bludgeoning riffs and Johan Hegg-inspired berserker growls that dominate death metal-infused anthems like “Mine Is The Fury”, “Threefold Death”, “Rebirth” (amazing guitar solo work on this one) and the somewhat less thrashing yet still heavy “Deathwalker” are almost intense enough to pass for Unleashed for most of their respective durations. By complete contrast, lofty anthems dominated by Fabienne Erni’s airy croons such as “Ambiramus”, “Black Water Dawn” and “Breathe” definitely have an early 2000s Within Temptation vibe to them, even when accounting for Glanzmann’s occasional harsh chime-ins and the impressive lead guitar work on the 2nd aforementioned song.

If nothing else can be gleaned from this highly involved work of conceptual storytelling, it is that the ongoing marriage of folk metal with a massive orchestral arrangement shows little signs of slowing down. Eluveitie does a fine job of differentiating themselves from the pack by placing a greater emphasis on the metallic side of the equation, all the while managing to showcase a high degree of virtuosity on the folk instrument side of the equation. It actually gets to the point where one would be remiss to avoid asking why bands like this aren’t being tapped for film score gigs given the heavy amount of influence that Hollywood cinema has had on this particular sub-genre. Then again, this is the sort of album that stands on its own without the need of a video-based visual to instill lofty images of warriors painted in blue and mighty mountains in the distance. The mighty Celtic Empire may have fallen to the tyrannical sword of Rome, but its legacy continues to live on in the music just about every land that it conquered by 275 B.C., yea even the free nation of Switzerland.

From the coasts of Ireland to the western fringes of present-day Turkey, their mighty empire stood strong, and in a fitting tribute blurring the lines between Celtic shanties and Finnish-styled melodeath, the Swiss continue to tell their tale.