25 years ago in the small Germany town of Fulda four teenagers friends, Tobias Sammet, Jens Ludwig, Dirk Sauer, and Dominik Storch, decided to unite to become of what we know today as EDGUY. From the very beginning consistency have played a big factor in Edguy’s existence, one can say they have stayed true to themselves through decades of passing genres. The band helped bring heavy metal out of darkness in the early 90’s when grunge and alternative rock were engulfing the air. After selling more than two million records, headlining massive festivals, selling out shows in 39 countries all over Europe, America, Asia, and Australia these German veterans of the power metal scene are celebrating their 25th anniversary with the colossal compilation “Monuments” that was released on July 14, 2017 via Nuclear Blast.

“Monuments” is a massive gathering of 22 songs, the selections range from their earliest 1995 “Savage Poetry” to their most recent album 2014 “Space Police: Defenders of the Crown” and follow no particular order. Except 1997 “Kingdom of Madness” every album is represented by at least one song. The compilation also includes 5 new tracks, and a previously unreleased old track named “Reborn in the Waste”, and in addition to the audio material, there is also a DVD with their 2004 Hellfire Club Tour concert filmed in Sao Paulo, Brazil, plus video clips of 8 songs; and if you fancy for the limited edition, you will also get a 160-page coffee table book with the history of the band including several unpublished pictures from the band member’s private collections. 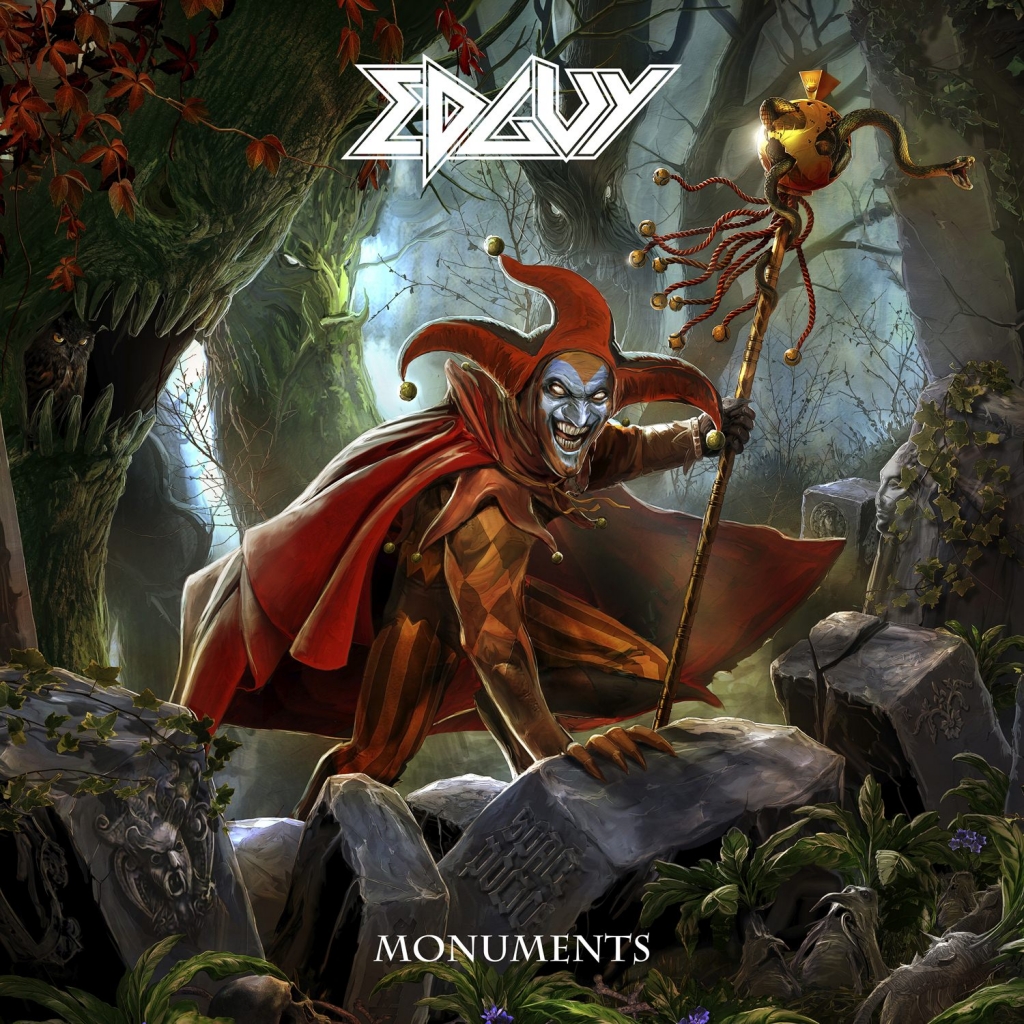 “Monuments” kicks off with the five new tracks. They are all the better for it, although “Ravenblack” and “The Mountaineer” stand out just by a bit all of them seem to have being written to represent a different period of the band. Through years, Tobias Sammet has managed to retain the power on his voice and these new tunes have not fallen short of it, every one of them sounds right on point, catchy, addictive, with a guitar work very well executed and a plethora of enthusiastic power metal riffs bringing the “classic Edguy” trademark sound to the forefront. “Reborn in the Waste” is a dark, heavy and beautifully put together song which offers a perception of how much the band has changed through the years. Sammet’s voice definitely sounds a bit younger and the whole vibe is permeated by the NWoBHM feel of the early Edguy years. As for the rest of the album, the track selection for the revisited tunes could have been slightly better in my opinion. The excellent album “Madrake” is represented only by one song, whereas 4 tracks of “Space Police: Defenders of the Crown” are included, kind of taking the spotlight. “Age of the Joker” is another record which only got one selection for this compilation, and probably albums like “Theater of Salvation” or “Tinnitus Sanctus” could have had more presence. Obviously picking a track listing from all the albums that will satisfy everyone is practically impossible.

One thing is certain: whoever buys “Monuments” will have more than two and half hours of music to decide. Lead vocalist and main songwriter Tobias Sammet says, “There are probably not many musicians who are lucky enough to be able to look back on a 25-year-old band history at the end of their thirties and especially without any line-up changes in the last 20 years!” and that is an accomplishment to take into account. A concise retrospective, enhanced by the concert film and promo videos, “Monuments” will stand as a collection that will showcase the musical quality and the achievements of Tobias Sammet and company and will definitely appeal equally to the die-hard fan looking to hear new music sprinkled with old tunes, and to the young followers looking to listen to an ample selection of Edguy’s back catalogue.