﻿Every vile soundtrack needs a prelude, or 12.

Melancholy occasions are often wont to make one forget his sense of objectivity, for good or for ill, and few saddening moments could hope to rival the recent passing of guitar legend and on-again, off-again Deicide shredder Ralph Santolla. Though the old guard will likely remember the King vs. Hanneman on steroids dueling leads of the Hoffman brothers more fondly, there was something truly spellbinding about the merger of this death metal institution’s brutality and Santolla’s virtuoso, rock-based soloing style that, along with short-term collaborations with Obituary and Vital Remains, helped to shape the modern death metal sound. It is with this in mind that all efforts have been made by the author of this review to approach the post-Santolla, and now post-Owen era of this band without a trace of prejudice either against the new lineup or an undue hope that the collective whole maintains the same qualitative level of output.

In relation to the rest of the forefathers of the Florida death metal scene, Deicide always came off as the most overtly conservative of the bunch, forsaking the progressive quirks that would define Death’s iconic career, the grinding chaos of Morbid Angel’s signature sound, and even the mellow, doom meets proto-death ‘n’ roll sound that Autopsy and Obituary adopted early on. Their sound veers a fair bit closer to the extreme thrashing character that Possessed, Sepultura, Slayer and a few others first trotted out in the mid-80s, amped up with semi-frequent employment of precision blast beats, slightly more chaotic riffing, and a bottom-heavy bark out of vocalist Glen Benton that would likely destroy the stereo system of any person crazy enough to raise the bass levels to the max. In this respect, their 12th studio LP Overtures Of Blasphemy is both a consistent restatement of the band’s signature approach, and also the logical step in their regimented evolutionary process.

Consisting mostly of compact yet brutal iron fists to the cranium, this album holds a few interesting, albeit subtle quirks that set it apart from this band’s back catalog. Chief among these is a somewhat more consonant melodic musical content behind Benton’s forbidding guttural vocalizations, often times veering into melodic death metal territory. This is particularly noticeable on a number of more technically intricate offerings such as “Crawled From The Shadows”, “Compliments Of Christ” and “Defying The Sacred” where the harmonic scheme waxes a tad bit Neo-classical, helped along by a greater emphasis upon droning tremolo riffs that were a common staple of the Gothenburg sound. Much of this could be credited to Kevin Quirion’s songwriting input, as a lot of these subtle melo-death elements are fairly comparable to his handiwork with Council Of The Fallen/Order Of Ennead, but one would be remiss to discount the lead work of Mark English, which while chaotic enough to fit in with the OSDM vibes of this album, is definitely on the tuneful and harmonically consonant side. 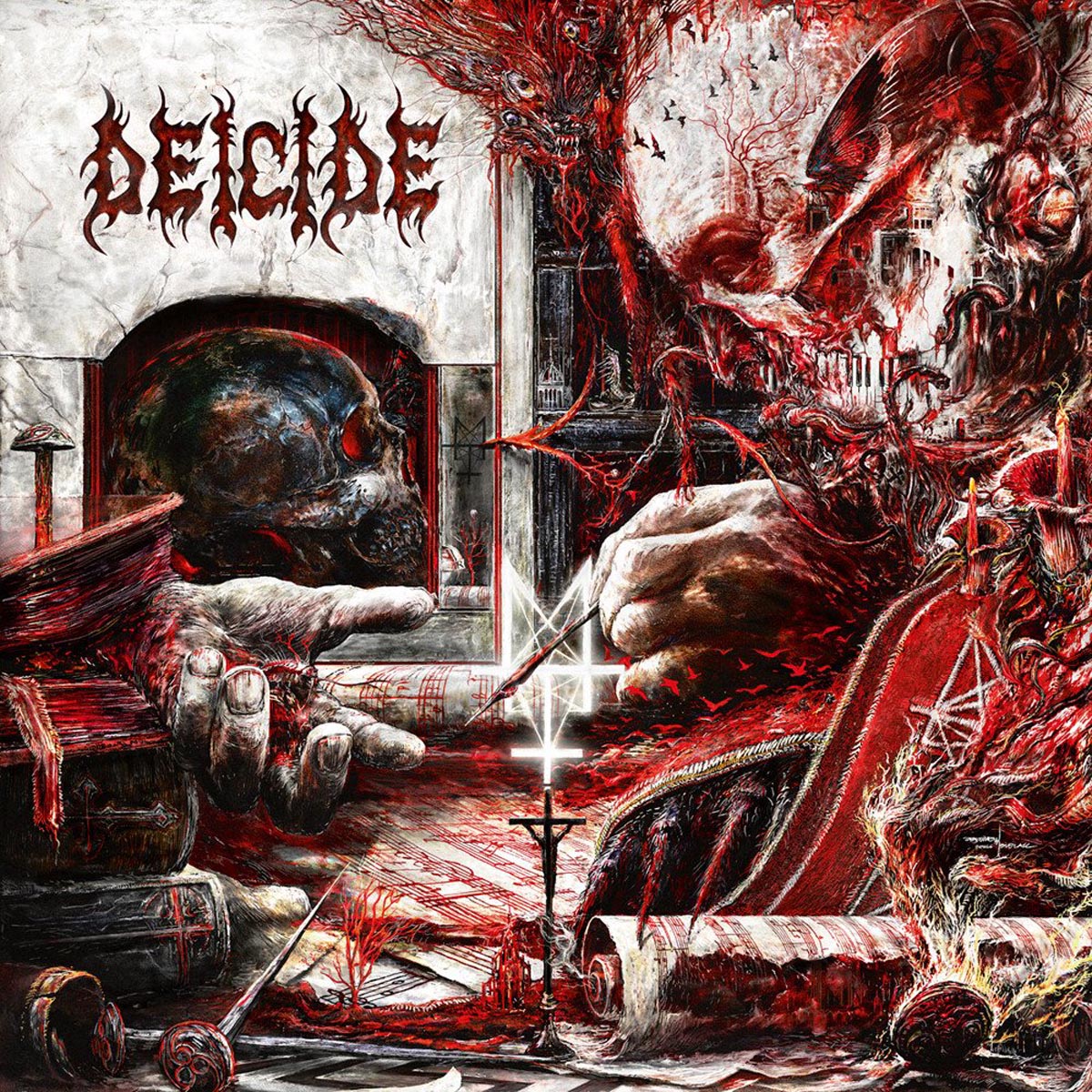 Be this as it may, this album is largely comprised of the sort of take no prisoners, death to the Vatican approach to death metal that made this band a mainstay in the early 1990s. Blast-happy storms of unmitigated fury such as “One With Satan” and “Crucified Soul Of Salvation” function as near throwbacks to the Hoffman days yet with less Slayer-like shred leads and a heavier, more colossal production quality where the machine gun bass drum work alone are a veritable force of nature unto themselves. It’s naturally a full out chaos fest as somewhat more rhythmically precise and thrashing numbers like “Seal The Tomb” and “Anointed In Blood” make a fair bit of time to chug together a few mid-paced grooving moments, though often accompanied by a relentless kick assault from the drums. Though there are no real slouches to speak of on this album, it’s a foregone conclusion that no rational person would want to challenge Steve Asheim to an ass-kicking contest unless they fancy a shattered tail-bone.

Despite a veritable revolving door of guitarists plaguing this band for nearly 15 years, it doesn’t look like Deicide will be throwing in the towel any time soon if this album has anything to say on the subject. Though a tad on the conventional side, apart from the occasional melo-death quirks in some of the songs, Overtures Of Blasphemy is a worthy successor to this band’s impressive past that sees the band’s veteran members showing zero signs of tiring, while the newcomers have set some solid precedents that begs for a shorter time period than the 5 years between this album and the last to get new studio material together. It’s a bittersweet passing of the torch from the glory days of the mid to late 2000s when Ralph Santolla became a household name in death metal circles, but this is the sort of album that reminds us all of how powerful death metal could be when it stepped further from the shadow of Slayer while still stopping short of the brutal mayhem ushered in by Suffocation and Cryptopsy.

The bittersweet epitaph of Ralph Santolla’s legacy has coincided with a respectable outing from his infamous one-time partners-in-evil, reaffirming why they are occasionally dubbed the spiritual heirs of Slayer