Apocalyptic imagery and thrash metal have been common bedfellows for about as long as the latter has been in existence, but the concept of a pack of wolves rampaging across the ruined landscape and toting the skulls of rams as helmets is a fairly novel concept. All the same, it is an image that has served one of the Bay Area thrash scene’s early stalwarts, namely Death Angel, quite well since the inception of the current decade with the release of their vertebrae-destroying 6th album Relentless Retribution. Barring their last and equally deadly album The Evil Divide, which opted for a death’s head moth album cover like an outtake from Silence Of The Lambs, the pack of ram-skull adorned canines have been a consistent image that could well be considered the band’s newly adopted mascots, in much the same fashion as Eddie has for Iron Maiden or Vic has for Megadeth, and their latest offering Humanicide pulls no punches in the fang-baring, riff-happy metallic department.

For the uninitiated into the history of this old guard thrash institution, which traces its roots back to 1982 when thrash metal was just starting to creep into the scene via Metallica and Overkill’s respective punk-infused interpretations of the NWOBHM sound, Death Angel has been one of the star beneficiaries of the old guard wherein the renewed interest in the style of the mid-2000s is concerned. Initially achieving a truly dangerous and ear-piercing niche within the mid-80s Bay Area scene with their killer debut LP The Ultra-Violence, they foundered a bit in the latter period of the style’s ascendency and ultimately succumbed to the poisonous cancer of the grunge takeover, only to come raging back upon their reformation with a sound that has been hearkening more and more to their original, frenetic and riff-crazed format with each successive release, and this time around they’ve hit dangerously close to matching their original foray into greatness 32 years prior.

While presented in a modern production gloss that is about as massive and chock full of studio sample-packed punch as any Exodus release since 2004’s Tempo Of The Damned, there is a blatant tendency in the songwriting towards the heavy metal-rooted conservatism that’s been more a staple of bands that have been trying to recapture the older, rustic sound of the 1980s. Proving that old tricks still prove to be the best ones, things come raging out of floodgates with the album’s opener and title song “Humanicide”, which can be best described as a modern thrash emulation of the intro of Judas Priest’s iconic 1982 album Screaming For Vengeance, kicking off on a basic harmonized guitar melody comparable to “The Hellion” and chased by a hyper-speed thrashing reinterpretation of “Electric Eye”. Similarly, this album’s featured speed metal anthem “I Came For Blood” definitely brings a melodic heavy metal on crack meets Motörhead vibe to the table, tempered by a more cutting and high-pitched, yet ultimately gravely and appropriately mean vocal display out of Mark Osegueda. 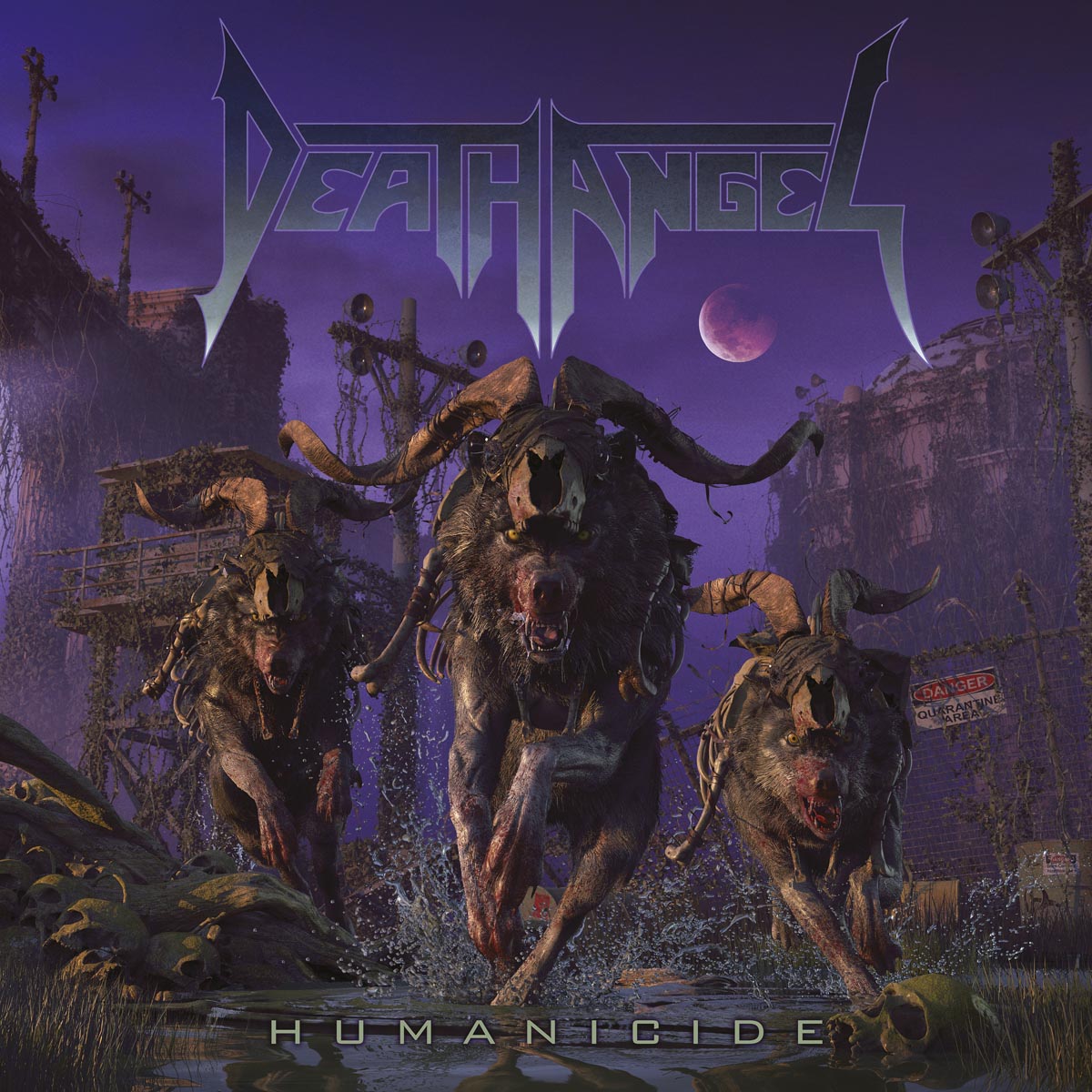 Dull moments are a non-factor on this album, and whether things are going at full speed or creeping in a ballad-like or groovy pace, the musical picture being painted is a balanced one where no instrument is permitted to slouch. Truth be told, there is a sort of late 80s Testament-inspired sense of haunting mysticism meets a thudding modern thrash assault to stylistically mixed offerings like “Aggressor” and “Immortal Behated” that works about as well as the overt neck-destroying wrath of speeders like “Divine Defector” and “Alive and Screaming”. The whole package is a brilliant hybrid of melodic guitar leads and pounding heaviness that runs of the gambit of early west coast influences, though the chief ones continue to be that of Exodus and Testament. Perhaps the lone exception, and arguably the most distinctive offering to be found on here other than the title song and “I Came For Blood”, is the ultra-melodic and diabolical leanings of “Of Rats And Men”, arguably the most memorable song to come out of Death Angel’s arsenal since their reformation.

Despite the revival of the thrash metal brand being an ongoing thing for a little over 15 years, there may yet still be some old guard skeptics who have dismissed pretty much everything released in the style following 1992. It is arguable that this album was made to order in winning over such persons to the current craze, as it reaches back to that vintage sound just enough to avoid either being a full on throwback or a cynical attempt at passing a modern groove metal/metalcore sound as thrash metal (aka Shovel Headed Kill Machine). But for the steadfast thrashers out there who have stuck with it through thick and thin, Humanicide is yet another validation of this sub-genre’s staying power out of a band that has been delivering the goods consistently, albeit while packing even more of a punch. In short, the apocalypse has rarely kicked this much ass, so put on your ram-skull hats and let’s get this Armageddon train.

When humanity meets its whimpering end, these old school wolves of Bay Area thrash will continue to howl over its decaying ruins, putting the new school and the younger revival acts on notice as to how the craft ought to sound